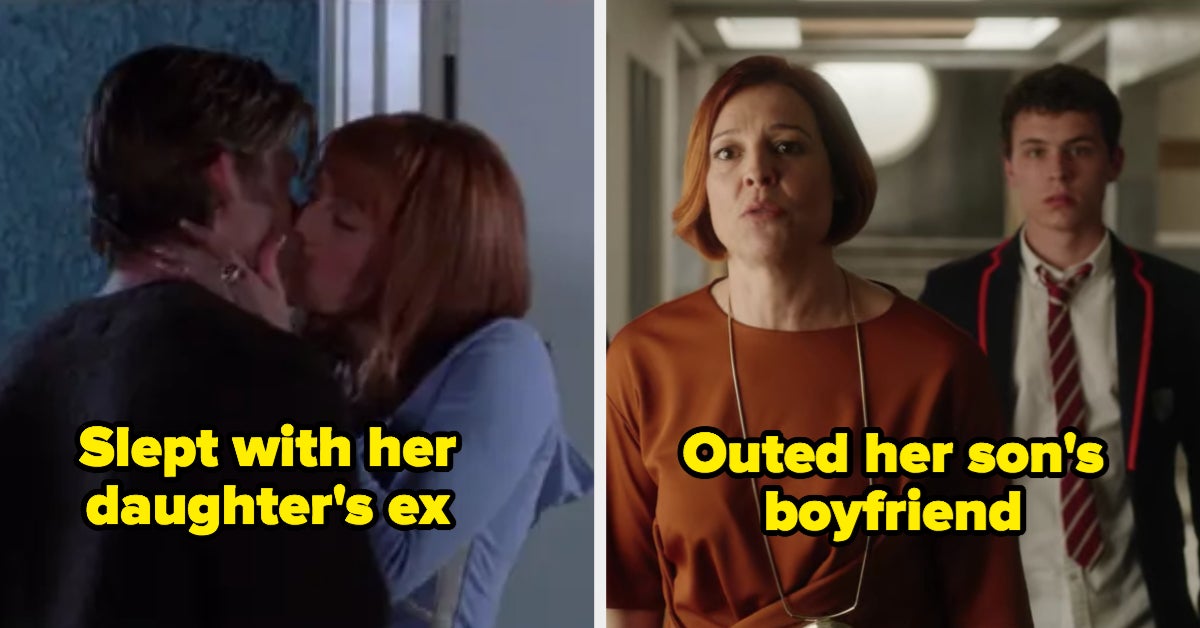 We recently asked the BuzzFeed Community to tell us about the worst parenting decision a character made on a TV show. Here are some of the best responses:

Note: Some of the following contain mentions of sexual assault and abuse.

First, when Tori’s parents were absolutely never around on Victorious:

When Joyce kicked Buffy out and then got mad at her for leaving on Buffy the Vampire Slayer:

When Aaron Echolls slept with his teenage son’s girlfriend and then killed her on Veronica Mars:

When Pam’s mom dated Michael, Pam’s boss, on The Office:

When both Brooke and Peyton’s parents were always absent on One Tree Hill:

When Ander’s mom outed Omar to his dad on Elite:

When Julie slept with her daughter Marissa’s high school ex-boyfriend on The O.C.:

When Cheryl’s mom sent her to the Sisters of Quiet Mercy because she didn’t approve of her being a lesbian on Riverdale:

When Bart Bass faked his own death on Gossip Girl:

When Quinn’s parents kicked her out for being pregnant on Glee:

When Timmy’s parents kept hiring Vicky to babysit him on The Fairly OddParents:

When Spencer’s dad had all these other children and just kept them a secret from his family on Pretty Little Liars:

When Moira and Johnny knew virtually nothing about Alexis’s life on Schitt’s Creek:

When Lydia’s mom sent her to the Eichen House on Teen Wolf:

When Spike was completely clueless about Emma’s online “boyfriend,” who turned out to be a grown man on Degrassi: The Next Generation:

When Dean’s dad sent him to a boys home for stealing food to feed his little brother on Supernatural:

When Jamie accused Brianna of lying about being sexually assaulted on Outlander:

When Lorelai constantly acted like Rory’s best friend instead of her parent on Gilmore Girls:

And finally, literally every parenting decision ever made on Riverdale:

Got a bad parenting moment from a TV show that didn’t make this list? Tell us in the comments!