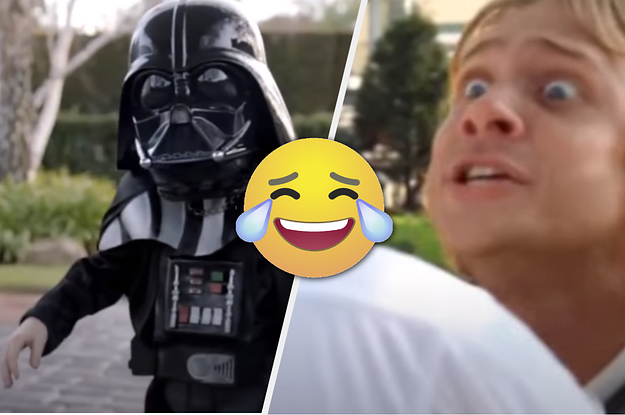 I guess the years do start coming and they don’t stop coming. Super Bowl LV is upon us, and rewatching past commercials, it is easy to forget a bunch of them. Here are 55 forgotten Super Bowl commercials:

The Force is strong with this one and his parents’ new Volkswagen.

This young man is on top of the world after his graduation present.

This man fell for the ol’ time machine gag.

Coke tries to hit you in the feels with this brotherly love commercial.

Celebrities fill in for Alexa, and it goes as expected.

The NFL flexes their popularity among pop culture.

Bridgestone’s 2011 commercial explains why I am always terrified to hit the “Reply All” button in an email.

Troy Polamalu sees his shadow in one of the weirder commercials in Super Bowl history.

This 2008 Doritos ad really sets the tone for the weirdness of Doritos Super Bowl commercials.

Stewie Griffin and Underdog face off in a hilarious Thanksgiving parade battle. This Coca-Cola ad has one of my favorite endings ever.

Don’t trust hitchhikers, even if they have a pack of Bud Light.

That time in 2007 when Bud Light wanted people to replace the fist bump with a slap across the face.

Doritos tried to give us the GOAT of Super Bowl commercials, bahhh-ut at what cost?

This Hyundai kid assembles the “Dream Team” of kids football.

Bud Light got creative in 2007 by having the perfect man on the job for this wedding.

What’s better than this? Lions being dudes…as they discuss the new Steak Grilled Taquitos at Taco Bell.

I would 100% jump out of this plane; not for the Bud Light, but for who dived after it.

Ameriquest reminds everyone not to judge too quickly.

Someone at Audi watched The Godfather before making this 2008 ad.

I’m pretty sure that is the “Pit of Misery. Dilly! Dilly!” guy in this Tide “talking stain” ad.

Danny McBride and Australia Tourism tricked people for a few weeks into believing they were remaking Crocodile Dundee.

Gronk’s Cleaners looks like a bizarre primetime show on CBS.

Esurance wants you to say their name.

Danny Trejo is not messing around with this bunch.

Mindy isn’t invisible, even if she thinks she is.

Dads just have that weird sixth sense. Oh, by the way, this is a car commercial.

Taco Bell has these older individuals living life to the fullest.

This Volkswagen commercial has a lot of twists and the death sentence on 12 systems.

End of the world has frogs, Twinkies, and cars.

Yikes. Doritos can be a little too dark.

Here’s a weird one:

The punchline for this 2006 Bud Light commercial got me, and I feel bad about it because it is so silly.

I don’t know if I’d call out an alien coworker, because Jenkins looks like he would eat you alive. But, hey, we should use FedEx! -nervous laugh-

The Castaway ending we all deserved. One of the first Super Bowl commercials I remember as a kid.

There are so many Budweiser Clydesdale commercials, I forgot about the zebra one. My kind of comedy.

Hey, kids, remember those VHS players called the “VCRs”? No, well, this Levi’s flyweight jeans commercial is quite the timestamp.

In honor of the late, great Hank Aaron, this commercial is a forgotten gem. For non-baseball fans, Barry Bonds was on his way to breaking Hank Aaron’s home run record.

Loving Battlebots growing up, this commercial got a big laugh from little Jeremy. Now, it has that lovely early-2000s CGI.

I feel like the further back in time I go, the more I am slipping into a state of confusion I cannot describe. Anyway, here is a singing dog sock puppet.

A classic I totally forgot about: the beautiful art of cat herding.

Rediscovering this commercial, it may be my favorite of all time. If you want a break from comedic, here is the one you should watch. Truly well done.

A wife fantasizing about a sexy Mr. Clean, like how every man and woman do. Right?

“What is internet?” BMW had a great callback with Katie Couric and Bryant Gumbel.

Which of these did you like the most? Were there any you totally forgot existed or maybe haven’t even seen? Am I asking too many questions?