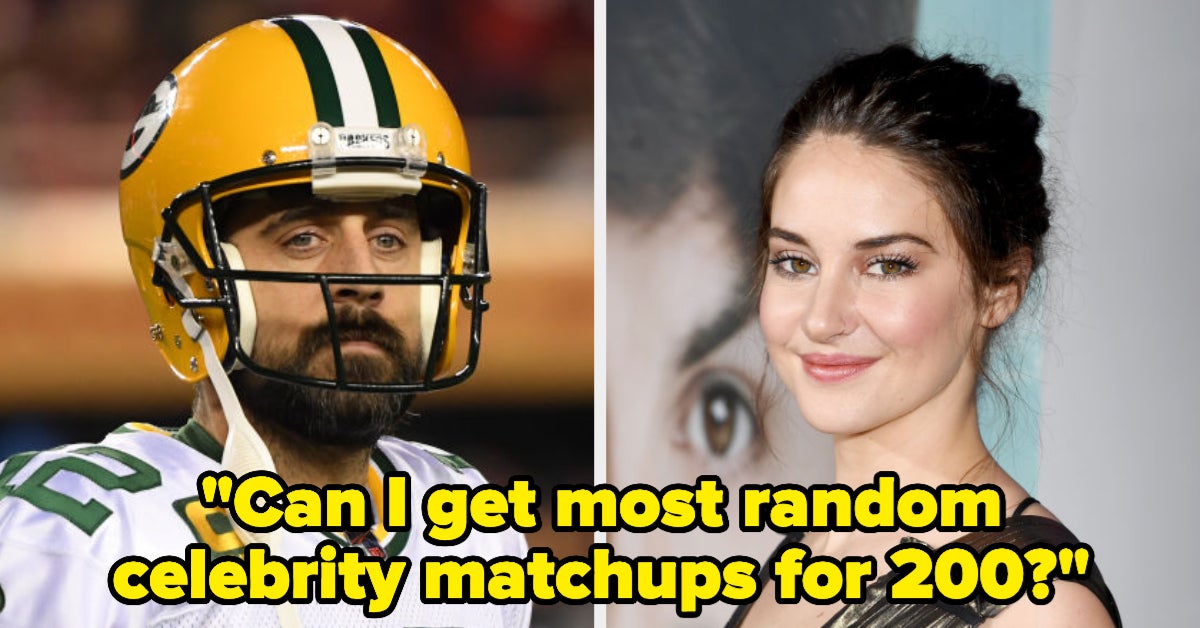 Last Tuesday, E! News reported that they were a couple. According to their source, the Packers quarterback and The Fault in Our Stars actor “are both focused on their careers, but they also make time for each other.”

BUT THEN, the Green Bay player revealed yesterday that he got engaged in 2020!!!

Naturally, the internet had some things to say about this!

A couple people were totally shocked…

…Okay, more than a couple people:

This woman provided the perfect gif for how quickly the story is developing:

Some made jokes using Shailene’s past TV show names:

This lady joked that Ricky from The Secret Life of the American Teenager was Aaron Rodgers:

This person had a hunch that Shailene going to Wisconsin for him meant it was serious:

This woman loved the rumors swirling around that Aaron’s ex was the one to introduce them:

Some brought up the reactions the PR team and agent must be having to the news breaking:

Others asked if this is the reason why the Divergent movies haven’t been finished:

This person felt like the pair could be a Jeopardy answer for most random celebrity couples:

This guy joked that Aaron’s wedding ring is one ring that fellow Packers player Kevin King can’t steal from him:

Many thought they make a really cute couple:

Other people pointed out Aaron’s excellent season (so maybe she’s his lucky charm!):

And finally, this sentiment I think we all share:

Even though we don’t know for sure that they’re engaged, I think they’d make a cute couple! How do you feel about Aaron Rodgers and Shailene Woodley together? LMK in the comments below!