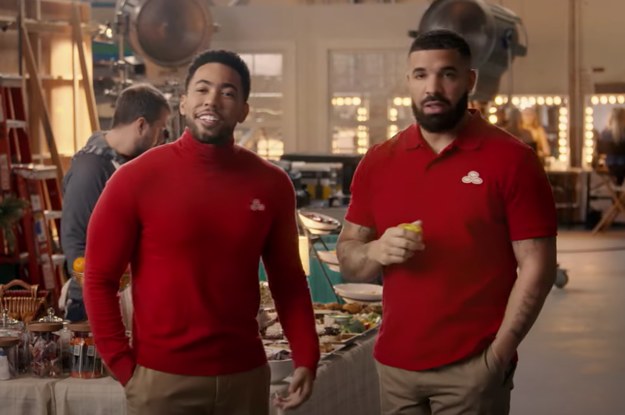 The ad started off with Rodgers telling Jake from State Farm that he’s disappointed he has a “stand-in” who looks nothing like him.

“Have you seen mine?” Mahomes asked the quarterback, before the camera cut to Rudd wearing the same clothes as the Kansas City Chiefs player.

“It’s like looking in a mirror right?” Rudd hilariously told the athlete while dropping a football.

However, Jake tried to tell Rodgers and Mahomes that they should feel grateful for even having a stand-in.

“Look guys, I don’t even have one,” he said before learning that Drake will act as his counterpart.

“I’m Drake, from State Farm,” the “In My Feelings” rapper hilariously said, and as Jake got up to greet him, they both tried to say the iconic State Farm line at the same time.

Drake’s State Farm commercial was definitely one of the best parts of the Super Bowl.