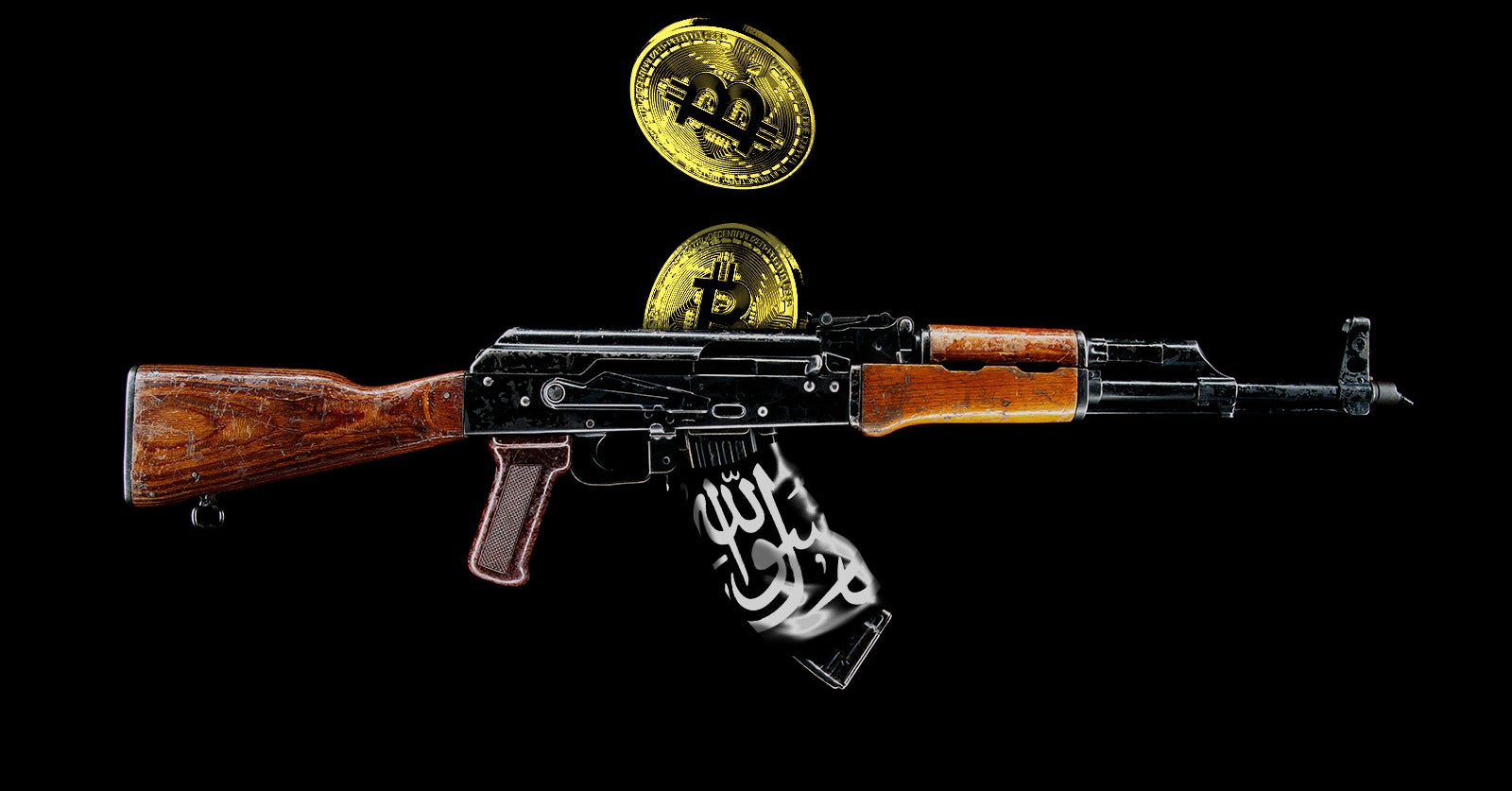 
The propagandist who called himself Azym Abdullah didn’t need much money to set up a website for ISIS that would broadcast gruesome beheading videos. What he needed was secrecy, so in 2014 he reportedly turned to cryptocurrency.

He paid a little more than 1 bitcoin, approximately $400 at the time, to register the domain name in Iceland and host it on servers around the globe. His site asked visitors for donations to help pay for the upkeep. Those, too, were in bitcoin.

Sending donations that way allowed his donors to shield their identities behind a string of letters and numbers — a favored technique that is making it harder for banks, law enforcement authorities, and the US Treasury Department to track and slow the flow of money supporting terrorism.

Abdullah’s reliance on bitcoin is documented in a 2017 Treasury Department intelligence assessment, which was received by BuzzFeed News as part of a cache of documents that includes internal emails and reports about cryptocurrency. The intelligence assessment also reveals evidence of nine other incidents where terrorist supporters used cryptocurrency to fund their activities, from purchasing airline tickets to defacing a political website to arranging travel to Syria.

The vast majority of crypto transactions are used for legitimate purchases. But the documents provide insight into the US government’s ongoing, sometimes lagging, battle to counteract the use of crypto technology to foster terrorism and crime, as well as the variety of ways that crypto — with its presumed anonymity and ease of transfer around the globe — can be used for nefarious purposes.

In 2016, for instance, analysts at the US Treasury Department’s Financial Crimes Enforcement Network, or FinCEN, raised alarms about so-called mixers — companies that break up crypto transactions into smaller pieces to further shield the identity of the owner. When those companies operate in the US, they are supposed to register with FinCEN and provide information about suspicious clients and transactions. But the report, which is among the documents received by BuzzFeed News, found that “of the 30 largest mixing services, none have registered … or shown any evidence of a compliance program.”

It wasn’t until nearly four years later that the government took action. Last year, FinCEN fined one of the mixers $60 million for failing “to collect and verify customer names, addresses, and other identifiers on over 1.2 million transactions.” Those transactions, the government found, aided criminals involved with illegal narcotics, fraud, counterfeiting, and child exploitation as well as neo-Nazi and other white supremacist groups. FinCEN said it tracked transactions worth more than $2,000 from the mixer to a website called Welcome to Video that hosted child sexual abuse materials.

The documents examined by BuzzFeed News trace the Treasury Department’s concerns about crypto technology back at least 10 years. FinCEN is now trying to change its rules, so that any company dealing with cryptocurrency will have to get clearer information about their customers and their transactions.

FinCEN and the Department of Justice did not respond to messages seeking comment.

Yaya Fanusie, a former CIA analyst and an expert on the national security implications associated with cryptocurrencies, said he believes that US officials are ahead of their European counterparts in addressing the issue. But, like other experts contacted by BuzzFeed News, he said he sees a need for a new class of financial investigators to stop cryptocurrency from being misused by terrorists, narcotraffickers, and other criminals.

“For people on the ground, crypto is harder to understand when compared with more traditional means of money laundering,” said Fanusie, now a senior fellow at the Center for a New American Security. “Only recently are the skills and resources getting deployed at the field level.”

As regulators and the industry slowly adjust, the allure of crypto remains strong, with terrorists finding they can use it to solicit donations to fund operations. Last August the Department of Justice announced that an investigation conducted in cooperation with the Treasury Department had seized millions of dollars as part of the “largest ever seizure of terrorist organizations’ cryptocurrency accounts.”

One of the indictments described how al-Qaeda and affiliated groups ran a money laundering operation that solicited donations in crypto over social media accounts. They then used that network for donations “to further their terrorist goals.” One of the al-Qaeda associated networks tracked by the government received more than 15 bitcoins, worth thousands of dollars, in 187 transactions between Feb. 5, 2019, and Feb. 25, 2020.

Crypto technology is pressing the same weak spots in the financial system first explored by the FinCEN Files, a global project by BuzzFeed News and the International Consortium of Investigative Journalists in late 2020. The news organizations found that major Western financial institutions allowed dirty money to course across the globe in plain view of US authorities. As with traditional currencies, bitcoin and other crypto can test the ability of financial institutions to track their transactions, and the ability of US authorities to thwart crime.

At her nomination hearing before the Senate Finance Committee, incoming Treasury Secretary Janet Yellen said that cryptocurrency has the potential “to improve the efficiency of the financial system.”

“At the same time,” she said, “it can be used to finance terrorism, facilitate money laundering, and support malign activities that threaten US national security interests and the integrity of the US and international financial systems.”

Cryptocurrency is much easier to move than other financial instruments, allowing criminals to quickly shift assets to different parts of the globe — an advantage when trying to avoid scrutiny by US law enforcement or when detection seems imminent.

“You can run away to jurisdiction or entities that don’t care,” said Pawel Kuskowski, the CEO of Coinfirm, a cryptocurrency analytics and compliance firm. “It’s a designed mechanism to protect themselves knowing that they’re going to receive illicit funds.”

There are currently thousands of different virtual currencies being traded in a still-evolving market marked by secrecy. Typically, cryptocurrency owners acquire these funds on an exchange and store them in virtual wallets with addresses that are designated only by unique arrangements of letters and numbers — another layer of anonymity that obscures who truly owns the funds.

Just as banks are responsible for monitoring the transactions of their customers, the crypto exchanges have legal obligations to meet. They even send the government suspicious activity reports, or SARs, the same forms banks use when they encounter a transaction that suggests criminal activity.

But some exchanges are pushing back against FinCEN’s proposal for tighter regulations, describing the requirements as more onerous than what the banking industry faces. Square, the payments company founded by Twitter CEO Jack Dorsey, and investment firms such as Andreessen Horowitz have also said the new rules would be burdensome and might violate the privacy rights of clients.

The Electronic Frontier Foundation wrote in a public comment letter earlier this year that it thought FinCEN’s proposed regulations would “undermine the civil liberties of cryptocurrency users” and “give the government access to troves of sensitive financial data.” ●