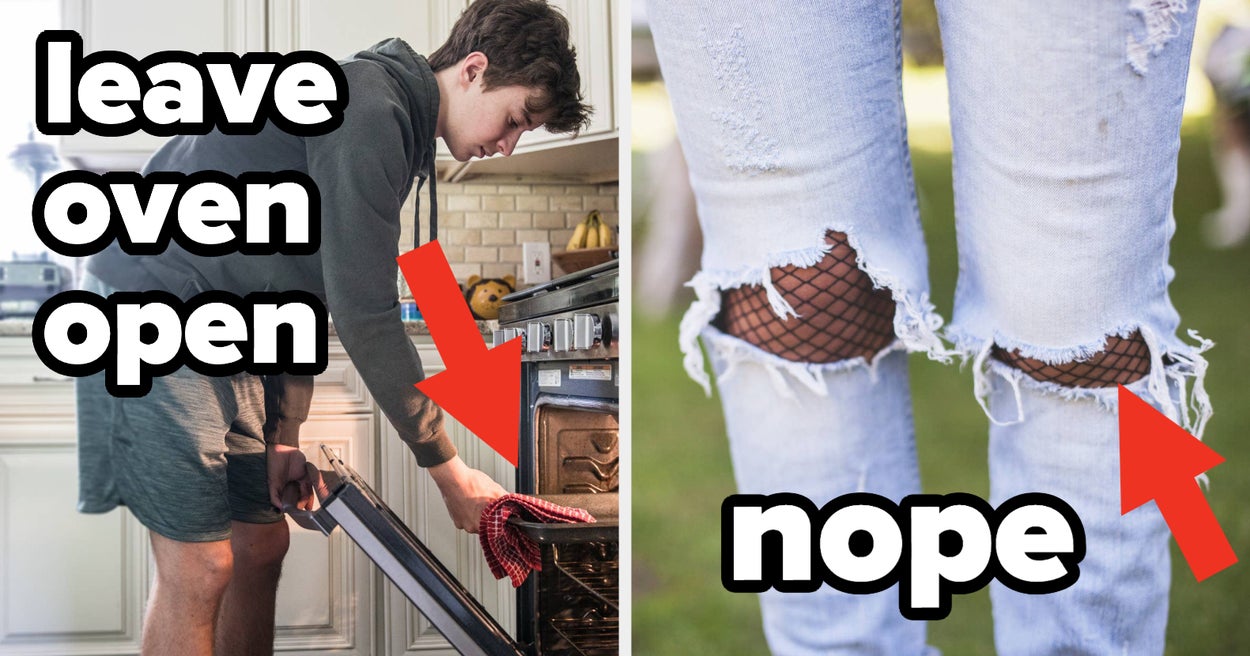 This week, Reddit user u/jicta posed a question to people on the internet who grew up poor: “What were the unwritten expectations of your world growing up?”

The thread quickly went viral, as thousands of people who grew up in poverty — and some still living in it — started sharing the unwritten rules they’ve had to live by. Here are some of the top-voted responses:

“You never brought the field trip permission slips home because you knew better than to make your mom feel guilty she couldn’t pay the $5–20 fee to let you go.”

“Never fill up the gas tank all the way. You don’t want to be in a situation where you have gas in your car but no groceries.”

“Hide money or it will be ‘borrowed.’ Also, don’t get attached to anything, because if it’s any good it’ll be sold in a yard sale, and if it has any value it will be pawned. I got the same CD player for three Christmases and birthdays in a row…out of pawn for birthday, pawned again a month later, out of pawn for Christmas, pawned again by March, etc.”

“It doesn’t matter if you don’t like the food, clothes, shoes, toys, etc. Take it, say thank you, and be appreciative.”

“If you use the oven during winter, when you’re done, leave it cracked so that the heat warms up the rest of the house more.”

“Keep your aspirations to yourself. Telling anyone in your household/social strata about your plans to get out and do better may be met with bitterness and downright ridicule. People will call you uppity for wanting to go to school or stupid for having a career goal that isn’t modest and local and vaguely dead-end. People will tell you that you have no common sense simply because you refuse to see the world in terms of pure survival.”

“Going to the doctor isn’t an option until your fever is sustained at 104, a bone is broken, or the tooth rotted and won’t fall out on its own. I am in my late 30s with full insurance and still have a hangup about going for medical care.”

“I grew up in a trailer. In fourth grade, a girl was having a birthday party and needed addresses for invitations. The next day she told me her parents uninvited me because I lived in the trailer. That was a new thing I learned I was supposed to be embarrassed about.”

“Not eating lunch because you either ‘just ate breakfast’ or ‘dinner’s only a few hours away.'”

“Take care of your stuff and keep it nice because you’re not getting more of it if you break it.”

“We knew the exact date of grocery shopping because that’s when the food stamps came in.”

“We weren’t allowed to do any kind of extracurricular activities. So, no instruments, no joining any kind of sports or Girl Scouts or anything that required an upfront investment for uniforms or the season. Walmart shoes. My dad once said I wasn’t really in need of glasses, that I just wanted to look like all my four-eyed friends. (Spoiler alert, I totally needed them.)”

“Add water to shampoo to get it to last longer.”

“AC was only for company. I lived in south Florida and didn’t know I could use the air conditioner without having someone over until I moved out of my parents’ home.”

“Don’t talk to anyone about [being poor]. It’s shameful. My sibling and I weren’t allowed to enjoy free breakfast programs for kids living in poverty that our schools hosted because it embarrassed my family.”

“Do not answer the door. Do not answer the phone. When the man is looking through the window, make sure you can’t be seen. Do not tell anyone who knocks on the door where the parents work. This turned out to be [debt collectors].”

“When someone calls, your parents are ‘in the shower’ and you’re able to take a message.”

“Money we got for Christmas, birthdays, and (from ages 14 and up) our jobs went to our parents for food and rent.”

“If someone buys you food at a restaurant, order as cheaply as possible even if they tell you to order whatever you want. Used to get death glares from parents if I ordered something $10 or over at a place where the average price was $10. If you can get a burger and fries for $8, you better be eating a burger.”

“We were lucky to go out to eat at all. To this day, I still hate ordering appetizers at a restaurant. It just goes against the grain for me.”

“Keep your hair brushed, your clothes clean, and be articulate and polite in all circumstances. We were not going to be ‘trash’ just because we were poor. Also, no wearing ripped jeans, even if it’s the style. We’re not spending money on new pants that look like old worn-out pants.”

“I was the scholarship/grant kid at a wealthy private school. So I was never allowed to invite people home because we didn’t have a mansion like everyone else did. Legit, when I went to sleepovers, they were in mansions. Homes I still haven’t seen the likes of in my adult life among peers. Just old money homes. I could make playdates for the mall or the movies or we could meet at the amusement park my mom got free tickets to. But don’t invite them home. And if you’re getting dropped off, any excuse for them not to come inside. At least they can imagine it’s bigger or more opulent inside.”

“If your neighbors were in need — you helped them. Like, Mary’s car broke down again, so my brother would go work on her car for free on his day off, and I’d get up extra early all week to drop Mary off at work and get her kids to school. Swing by on my lunch break to grab the kids after school, too. Basically, when folks are in need, you help them, and the same is done in return.”

“It’s funny now seeing my leftovers as a bonus snack and not part of the next day’s meal. Had some weird lunches packed for me. Like cream cheese and olives in a burrito wrap.”

“Turn off all lights behind you. Take as quick showers as you can. Recycle pop cans. Drive slower because it conserves gas. Plan your trip so that you don’t have to drive unnecessary routes and waste gas. Be OK with the heat always at 68 or below (use a blanket if you’re cold).”

“You get a job when you’re 15, and it becomes more important than high school.”

“Not being able to wash your clothes until you could do a full, and I mean FULL machine. Getting a stain on a fresh shirt meant scrubbing it with soap over the sink.”