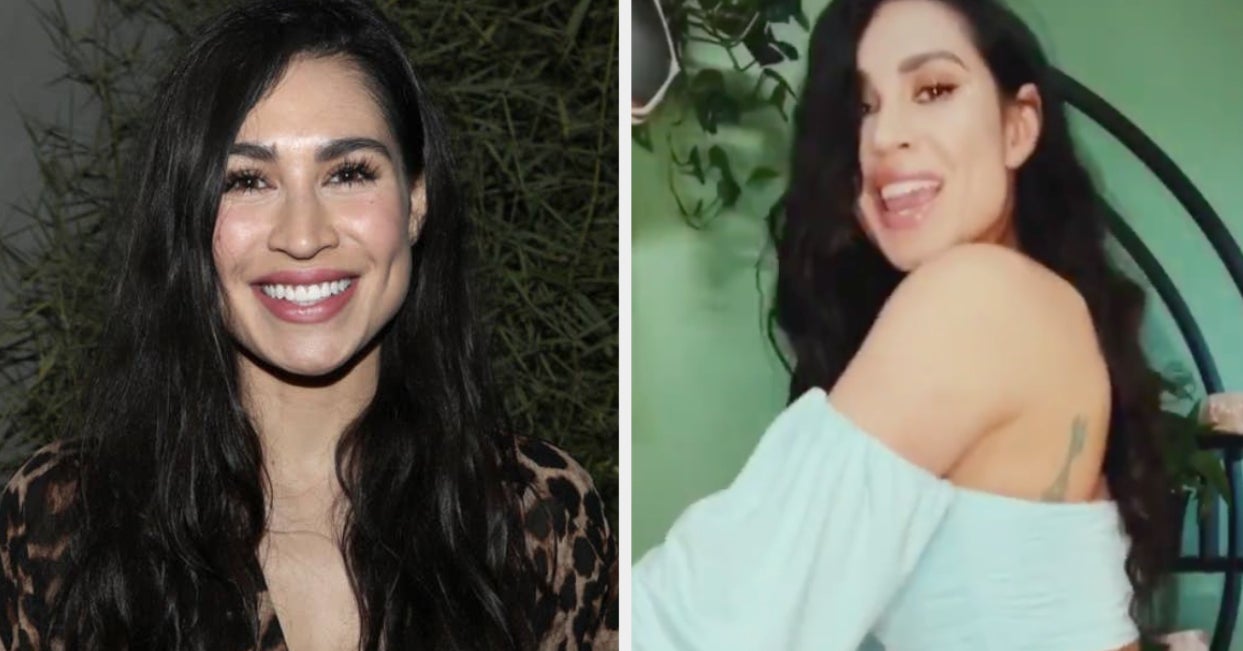 In the video, Steele does the “Buss It Challenge,” starting off in baggy clothes with a bath towel wrapped around her head. When the beat drops, so does Steele, in a recreation of Manny Santos, bedazzled blue thong and all. She winks at the camera, knowing that fans of the show will immediately recognize the pale blue top and light wash denim combo.

Degrassi, the Canadian high school drama, was known for tackling important topics and accurate representations of those specific high school years. Manny, one of the most notable students to walk the “Degrassi” halls, famously reinvented herself from the cute girl next door to the It girl.

The season 3 episode, “U Got The Look,” stars Steele as a new kind of Manny after she buys her first thong and wears it on display for the whole school to see. By reclaiming her power and her sexuality, she inspired viewers around the world to do the same. A representative for Santos didn’t immediately return a request for comment.

Fans and followers of Steele freaked out over the reincarnation of this pop culture moment. Instagram user @D_breezy_ commented on the video that every attempt of the challenge after this is “mediocrity.”

Ever since Steele posted the challenge on TikTok and Instagram, fans have been commenting how much Manny and her confidence has meant to them. This self-assured character paved the way for “hot girls” of generations to come, like Euphoria’s Maddy Perez and Cassie Howard.

One fan even suggested that Steele have a cameo on the HBO hit series, writing “they need to put you in Euphoria!!” Steele responded, saying she “would accept this fate.”

Fancams and comments declaring Manny “the blueprint” are also now circulating. Even Drake, who famously played Jimmy Brooks on Degrassi long before he was @champagnepapi, commented “fit is museum worthy tbh Santos.”

Others commented their initial reactions to the 2003 episode, “What a throw back took me to middle school 🤣 I remember when I saw this episode I was like ‘ohhh she didn’t’ I was 11 😂😂😂’ @_stephaniiiee00 shared.

After the video went viral, TikTok initially removed it for “nudity.” Soon after, it was reinstated to Steele’s account. The most recent upload of the video on Steele’s Instagram account has over 1 million views.

Fans came to the defense of Steele’s TikTok in the comments section, saying there is a double standard at play. Steele responded in her TikTok comments section thanking users for their nice words and calling out the platform.

“One day they’ll see it only keeps us in the patriarchy scandalizing innocent videos of females like this,” she wrote. TikTok didn’t return a request for comment from BuzzFeed News.

While it still can be tough to be a woman on the internet, women will always have Manny’s inspiration, and her bedazzled blue thong, in their corner.