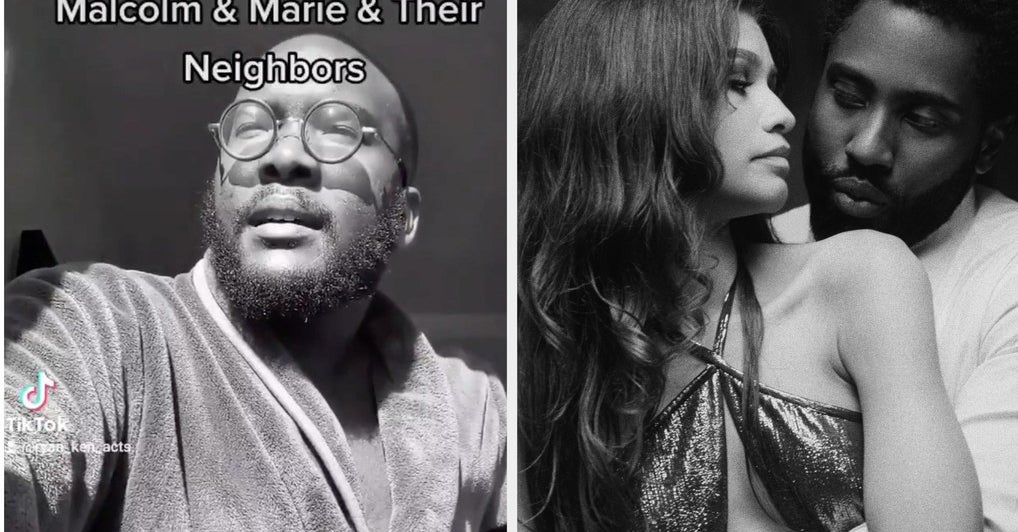 Without giving too much away, it’s a story about two lovers, Malcolm (John David Washington) and Marie (Zendaya), quarreling all throughout the night after the premiere of Malcolm’s newest movie.

“Quarreling” is really the key word here. The film is 106 minutes long and they fight for approximately 103.258 minutes.

Naturally, the internet has jokes.

But one of the best jokes came from this man right here: Ryan Ken. He posted a TikTok from the point of view of Malcolm and Marie’s neighbors.

In the video, he pretends to be Malcolm and Marie’s neighbors listening to them fight… again.

He even pretends to be talking to someone else — both of them are baffled by the drama.

And then he debates the typical thought-process most people would go through when listening to their neighbors scream at each other at the top of their lungs.

“She don’t need to go back over there.” He said what we were all thinking.

But the real cherry on the top of the cake is his final jab, poking fun at the unnaturally sophisticated level of dialogue used in the film.

Well done, Ryan. If this movie gets nominated for anything, they should also consider Ryan’s performance for “outstanding supporting actor.”