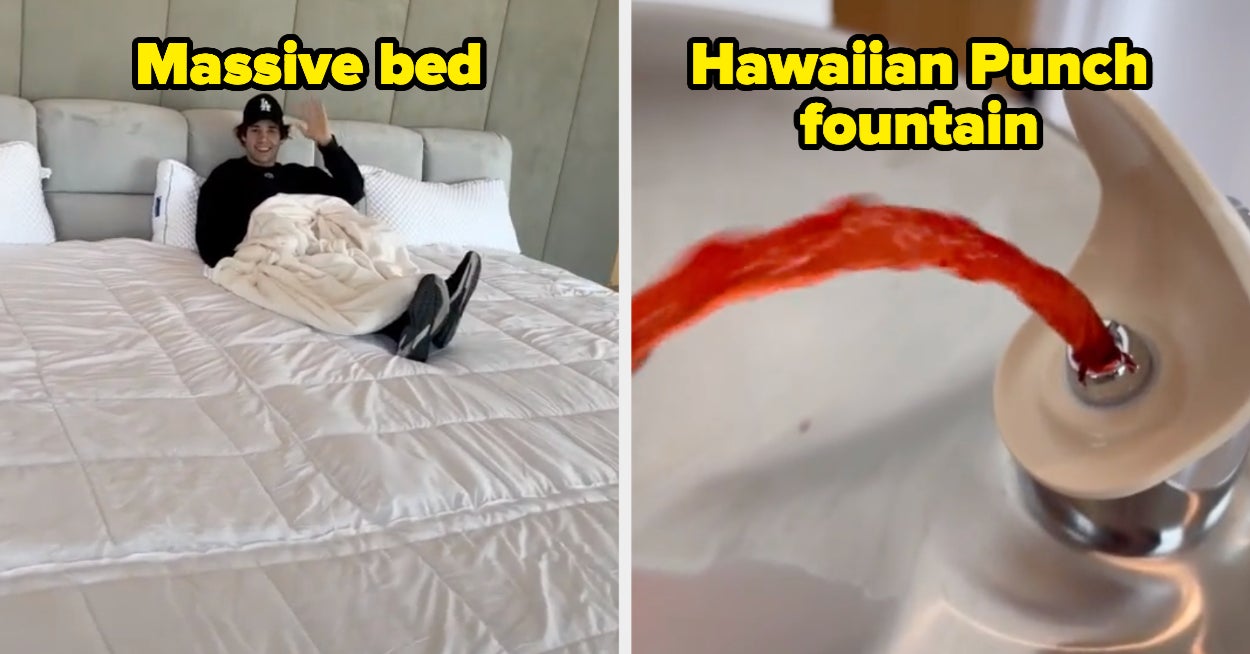 He surprised some of his friends and gave them a tour of the new digs in his first YouTube video since March of 2020.

The video is mostly composed of his friends — including Josh Peck — commenting on how rich he is, but we do get to see some of the house’s lavish features. For example, the wine room with a fingerprint sensor:

I know, I know. All of these are pretty typical things you’d find in a multimillionaire’s home. But I stumbled across a TikTok that highlights some of the…weirder items in David’s crib:

And yes, it was inspired by the fountain from the 2002 film, Mr. Deeds.

Next is a life-size replica of the Iron Man suit, which honestly creeps me out:

Then there’s David’s enormous bed that makes him look like even more of a little peanut than he already does:

A briefcase filled with blurred money that hurts my brain:

And finally — the one item that makes the most sense in the whole house — tequila made by Tesla.

Well, David, thanks for the tour, but I’ve gotta go check and see if my bank account is in overdraft from my latest Postmates order. Toodaloo!