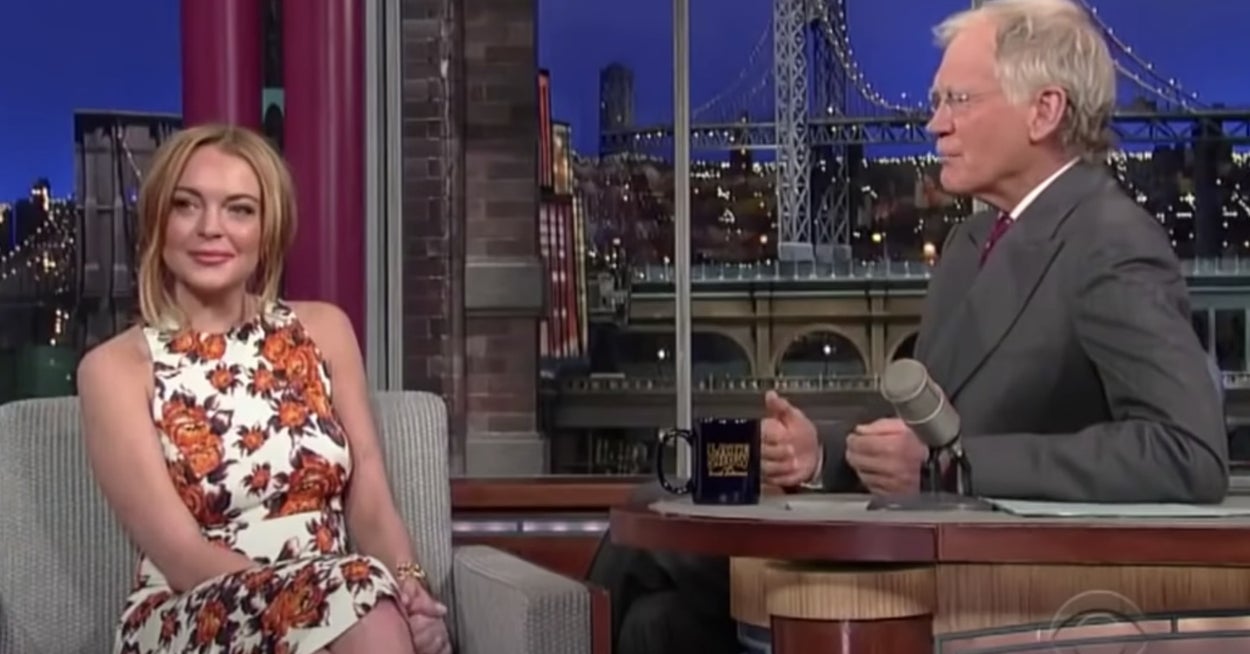 Since the release of Framing Britney Spears, fans have been taking a hard look back at the way stars of the early 2000s were treated in the media, including Lindsay Lohan.

Back in 2013, Lindsay made an appearance on The Late Show with David Letterman to promote her Scary Movie 5 but the interview ended up being about everything BUT the film.

In resurfaced clips from the interview posted to TikTok, David grilled Lindsay about everything from rehab to shoplifting, making her visibly uncomfortable.

He kicked things off by reading her jokes that he had made about her on the show, which Lindsay took in great stride and laughed along with.

He then moved on to her upcoming trip to a treatment center asking, “Aren’t you supposed to be in rehab right now?”

But David pressed on, following up by asking, “Do you have addiction problems? Is it alcohol? Do you drink too much?”

Lindsay tried to refocus the interview, asking David to look for the positive. But instead, David said he should read his list of things that Lindsay has recently “endured.”

“Are you okay now? It feels like people should be helping you. Do you have money saved? Therapy? Do you ever ask yourself why am I always in trouble?” Lindsay read.

David then FINALLY turned the interview towards the future, offering Lindsay advice that he had learned during his own his own trip to rehab.

And David concluded things by praising Lindsay for appearing on the show, despite the troubles she had recently faced — and it almost brought her to tears.

All in all, the duo only spent about three minutes total talking about Lindsay’s movie and David’s treatment of her the rest of the time was unacceptable — and clearly didn’t sit well with TikTok.

“This is wrong on so many levels,” Madison Beer wrote in the TikTok’s comment section.

Another commenter added, “It’s actually not funny that he’s making fun of someone who has a substance abuse problem. The network should not have been okay with this.”

Here’s a selection of what else TikTok had to say:

You can watch the full interview below: