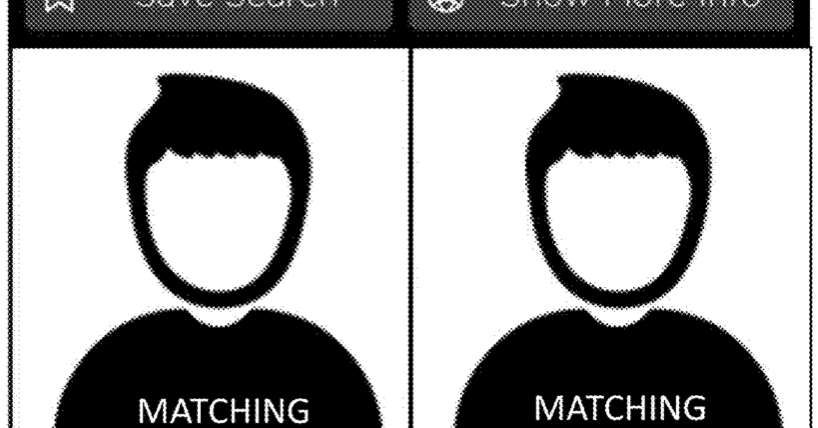 
Clearview AI, the facial recognition company that claims it’s scraped 3 billion images from the internet to power its face-matching system, has proposed applying its technology to everything from policing to retail to dating, according to a 2020 patent application that became public on Thursday.

The patent filing was made in August — three months after the company said in a federal court that it would take voluntary actions to “avoid transacting with non-governmental customers anywhere.” The patent application, however, describes ways to apply its facial recognition software to the private sector as well as to law enforcement and social work, where it says it could be used to possibly identify people who use drugs or people experiencing homelessness.

“In many instances, it may be desirable for an individual to know more about a person that they meet, such as through business, dating, or other relationship,” the application reads, outlining a means of running a rapid background check based on an image of a person’s face. “A strong need exists for an improved method and system to obtain information about a person.”

The document also describes several other possible uses for Clearview AI, such as to “grant or deny access for a person, a facility, a venue, or a device,” or for a public agency to accurately dispense social benefits and reduce fraud. It also says users could deploy Clearview to identify “a sex offender” or “homeless people,” or to determine whether someone has a “mental issue or handicap,” which could influence the way police respond to a situation.

Clearview AI’s application largely describes technology that the company has had since 2019 and provided to more than 2,200 law enforcement agencies, companies, and individuals around the world. While companies typically file patents for technology they hope to invent in the future or to prevent competition, they can also be useful to describe larger questions and “problems the company is trying to solve,” according to Slate.

“We applied for a patent because we believe we have made significant innovations in the field of facial recognition, especially regarding accuracy and the use of our large-scale database of publicly available facial images,” Clearview AI CEO Hoan Ton-That said to BuzzFeed News in response to a list of questions. “Clearview AI is currently only used by law enforcement for after-the-crime investigations.”

“We do not intend to launch a consumer-grade version of Clearview AI,” he added.

Ton-That also said the law firm of Fox Rothschild LLP helped prepare the patent. He did not clarify why the patent application described extensive consumer-grade and private sector uses for its technology.

“I think it’s interesting to compare the information on Clearview’s website as to what they intend to do with what’s in the application,” said David J. Stein, an attorney with Studebaker & Brackett PC who has experience with machine learning patents. “Even if they say this is strictly for law enforcement, the application isn’t limited to that, the uses of the technology aren’t limited to that.”

The patent application describes many possible uses for its technology that go beyond the realm of law enforcement. Clearview AI, the application reads, “presents a method for providing information about a subject (e.g., a person, an unknown person, a newly met person, a person with deficient memory, a criminal, an intoxicated person, a drug user, a homeless person).”

The application also says that a version of Clearview could pull up profile information associated with a face match. This information could include things like date and place of birth, nationality, educational history, phone numbers, email addresses, hobbies, and personal interests.

Notably, said Stein, there are no details about how people can protect themselves from being probed in this way.

“In a lot of these types of applications, you’ll see a lot about privacy, you’ll see a lot about consent — there’s nothing in there that I can see about that,” Stein told BuzzFeed News. “There’s only one very brief and tangential reference to [acknowledge] that maybe there can be privacy settings. And there’s just no detail about it whatsoever.”

The application states that Clearview could also link to a match’s other social media accounts, like their “professional profile” on a site such as LinkedIn, or an “employer website.” Facebook and LinkedIn have previously sent Clearview cease-and-desist letters for violating their respective rules around the scraping and use of images, but neither company is known to have taken any legal action against the New York City–based startup.

In its application, Clearview also describes creating a network for users if they’re in the same geographic area or work in a certain industry, such as “law enforcement, retail, [or] real estate.” One of the main points of such a network, the company says, would be to “share headshots of high-risk individuals” through a shared database.

Ton-That declined to tell BuzzFeed News whether this feature currently exists, or if Clearview plans to launch it.

Even if Clearview had said that its tool is meant for law enforcement, it wouldn’t matter to the US patent office. Stein said the intended field of use is “totally irrelevant to the patent system.”

So why describe these uses at all? Clearview’s sweeping descriptions of what its technology is, and how it can be used, are the makings of a “pretty ambitious” application, according to Stein.

The application couples two generic concepts: a web crawler, which searches the internet for images with faces, and the facial recognition technology itself. Stein said the patent application uses extremely broad, generic language to describe how these tools come together, and that is probably strategic.

“You’re staking out more territory by saying less,” Stein said. In other words, Clearview could be attempting to defend against as many patent lawsuits as possible by describing itself in an extremely general way.

In analyzing the patent application for BuzzFeed News, Adam Harvey, a facial recognition researcher, said it includes 30 claims that describe systems or code that can be found on public code repositories, including GitHub.

“From the perspective of the CEO, you’re going to want IP in your portfolio to raise money or sell your company,” Harvey said.

Ton-That, who is listed as the sole inventor on the patent application, has presented contradicting statements about Clearview’s business relationships in the past. While he maintained early last year that the company was focused on working with law enforcement, BuzzFeed News reported that Clearview’s facial recognition tool had been used by private companies including Macy’s, Kohl’s, and Bank of America. Clearview AI also had its own internal designation for people who are a “Friend” of the company, and provided its software to potential investors, politicians, and personal acquaintances of company executives.

Civil rights groups like the American Civil Liberties Union and private citizens have long expressed concerns about Clearview’s approach to personal privacy. Last year, the company was sued in a federal court in Illinois for allegedly violating a state statute regarding the use of biometric data for commercial purposes by capturing the faces of residents without their consent.

In response to that suit, Clearview said it was canceling the accounts of “every customer who was not either associated with law enforcement or some other federal, state, or local government department, office, or agency,” as well as any accounts for entities based in Illinois.

Last week, Canada’s federal privacy commissioner announced the results of a probe that found Clearview had engaged in “mass surveillance” of “millions of individuals” in the country. Clearview had previously said it had stopped operating in the country when the probe was launched last year.

While Clearview has contended that it has a First Amendment right to use other people’s images to train its facial recognition algorithms, some police departments are wary of using the system because of privacy concerns. In November, the Los Angeles Police Department banned the use of Clearview and other commercial facial recognition companies after BuzzFeed News informed officials that investigators had been using the software without the knowledge of their commanding officers.

“Clearview grabs photos from all over the place, and that, from a department standpoint, raises public trust concerns,” LAPD Deputy Police Chief John McMahon told BuzzFeed News at the time.

Logan McDonald contributed to this story.