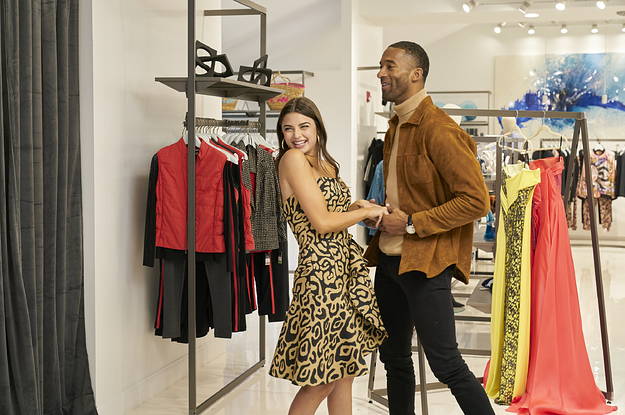 Big week for people on The Bachelor apologizing, huh?

Let’s try to unpack this one as easily as possible: So it turns out that current Bachelor contestant Rachael Kirkconnell attended an Antebellum-themed party — and when former Bachelorette Rachel Lindsay asked Bachelor host Chris Harrison about it on Extra, Harrison pretty much blew it.

“I’m here to say I was wrong,” Kirkconnell said in her statement after acknowledging “truths that have come to light that I need to address.”

“At one point, I didn’t recognize how offensive and racist my actions were, but that doesn’t excuse them,” she said.

“My age or when it happened does not excuse anything. They are not ok or acceptable in any sense. I was ignorant, but my ignorance was racist.”

Shortly after Kirkconnell’s apology was posted, several contestants from this season of The Bachelor that identify as BIPOC posed a statement to social media on behalf of “Twenty-five women who identify as BIPOC [who] were cast on this historic season that was meant to represent change.”

“Rachel Lindsay continues to advocate with ‘grace’ for individuals who identify as BIPOC within this franchise,” the statement continued, seemingly referring to Lindsay’s interview with Harrison. “Just because she is speaking the loudest, doesn’t mean she is alone.”

“We stand with her, we hear her, and we advocate for change alongside her.”