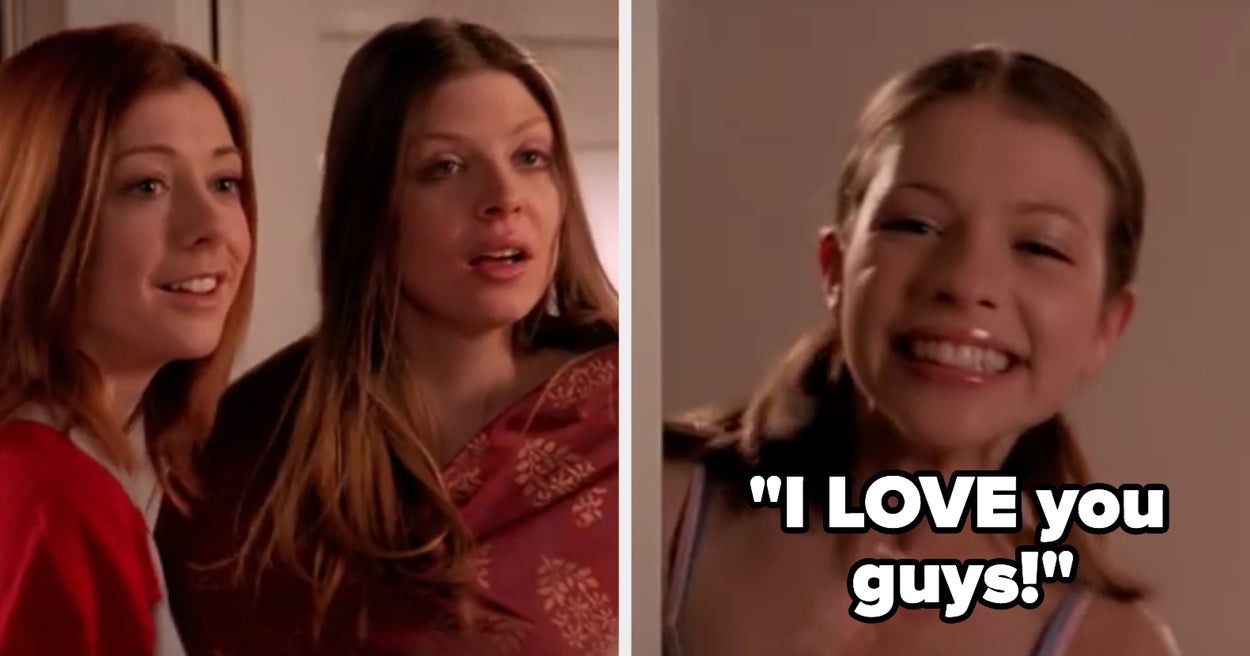 Hello! I’m Hannah, and I’ve been shipping TV couples since before I knew what that meant.

Now, I love any scenes that hint at two characters I love getting together — but I like it even better when other characters on the show start rooting for the couples too.

Here are some of my favorite examples of characters on TV shows shipping characters together as much as the viewers do!

When Darcy got invested in Wanda and Vision’s relationship after seeing them kiss on WandaVision:

When Dawn was ecstatic that Tara and Willow were back together on Buffy the Vampire Slayer:

When Blair went to give Jenny a “smackdown” after she tried to mess with Nate and Serena on Gossip Girl:

And when Serena was still rooting for Chuck and Blair even after Louis came into the picture:

When Caroline pretty openly criticized Elena’s feelings for Damon, saying that Elena and Stefan were soulmates on The Vampire Diaries:

When Scott was still rooting for Stiles and Lydia on Teen Wolf, years after Stiles’ puppy crush:

When even Tina couldn’t help but get excited at Brittany and Santana’s engagement on Glee:

When Moira told David how great Patrick was for him on Schitt’s Creek:

When Ross realized Chandler and Monica were in love and was psyched on Friends:

And when Phoebe told Ross that Rachel was his lobster:

When Hanna encouraged Emily to take Maya to homecoming on Pretty Little Liars:

When Winston was all excited to see Cece and Schmidt “back together” on New Girl:

When Murray was partially responsible for Nancy and Jonathan finally admitting their feelings for each other on Stranger Things:

And then tried to do the same thing for Joyce and Hopper:

When Donna almost immediately pledged to help Rebecca on her mission to get Josh back on Crazy Ex-Girlfriend:

When Phil urged Haley to rush and stop Andy’s proposal on Modern Family:

When Ann was having trouble encouraging Leslie not to hook up with Ben on Parks and Recreation:

When Shirley got pissed that Jeff was trying to date someone new when she knew he liked Britta, even though Britta didn’t even want to be with him, on Community:

When Mrs. Hudson absolutely refused to believe Sherlock and John weren’t a couple on Sherlock:

When Diggle encouraged Oliver to be with Felicity (and was NOT here for his excuses) on Arrow:

When Brooke tried to get Nathan and Haley back together (multiple times) on One Tree Hill:

And finally, when Cheryl said that Jughead and Betty were endgame on Riverdale: