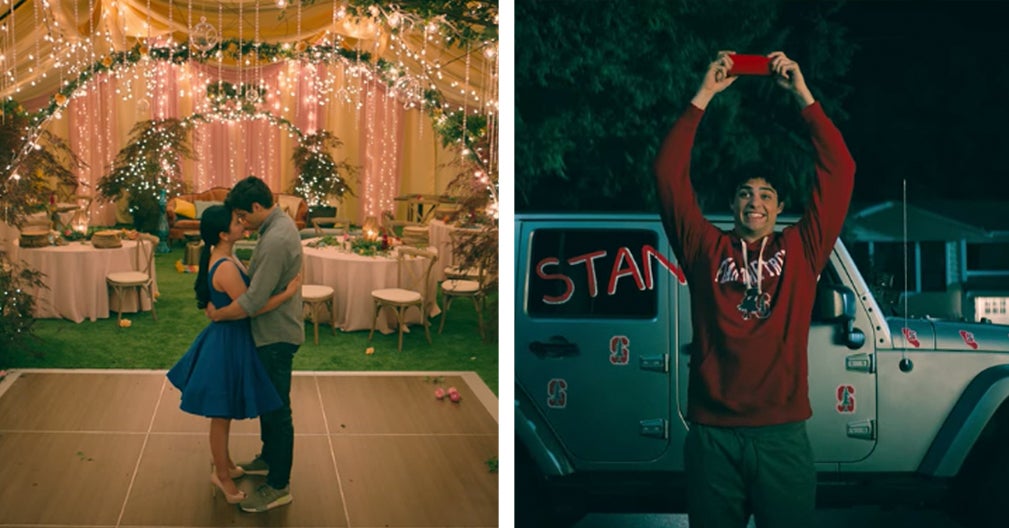 Woah, woah, woah — here’s your first and final warning that there’s going to be a bunch of spoilers for To All The Boys: Always And Forever in this post.

Alright, so in case you missed it, the final instalment in the To All The Boys series dropped a couple days ago. This one delves into Lara Jean Covey’s and Peter Kavinsky’s senior year of high school, as they start to think about their future and the colleges they’ll be attending.

And, of course, just like the other movies, TAB3 was filled with a bunch of cute moments. Here are all of them, rounded up for your pleasure.

When the movie’s opening sequence was a homage to Korea’s incredible foodie culture and the bond between the Song sisters.

When Lara Jean talked about her experiences as a second generation immigrant — and Peter offered to help her feel less like an “other”.

When Lara Jean’s dream sequence about the future included her being a published author for “Whoa, Whoa, Whoa” — which is a reference to one of Peter’s most iconic lines.

When Lara Jean found the exact same lock her mother left at Seoul Tower years ago — and brought one home for Peter.

When Dr Covey proposed to Trina — which was spotted by Lara Jean, as she reminisced about love being “those moments when you think no one is watching”.

When Lara Jean accidentally made Peter believe that she got into Stanford — which resulted in this iconic rom-com recreation.

When Peter asked Lara Jean out for prom and talked about when he first started falling in love with her.

When Lara Jean finally revealed the truth to Peter about Stanford and instead of being angry, he asked if she was okay.

When Trevor had one of the most low key, but smooth promposals prepared for Chris.

When Lara Jean and Peter got separated doing their senior trip in New York, which led to this super cute texting exchange.

Which was then followed up by these two declaring their love for each other.

When Lara Jean was inspired to make a memory box for Peter’s yearbook after listening to the album that he shared with her.

When Lara Jean and Chris had their “walking down the stairs” moment for prom — and the boys reacted like this.

And this was followed up by Lara Jean’s family taking some frame-worthy photos of the core four.

When Kitty admitted just how much she would miss Lara Jean when she went off to college.

When Dr Covey and Trina had the dreamiest backyard wedding — and everyone was dressed to perfection, of course.

…which reminded her that their relationship did have their own meet-cute way back in sixth grade.

And gave us this montage of some of their most adorable and memorable moments from the series.

Plus, let’s not forget about Peter’s sign off: “I will love you Lara Jean, always and forever”.

When Lara Jean and Peter shook on their new contract, which was a reference to the first movie.

And when they finally agreed on their song and kissed while dancing to it.

When the Song sisters embraced one final time, as Lara Jean reflected on how life is more than just a rom-com — it’s beautiful, messy and never goes according to plan.

And finally, when there was a callback to love letters in the final scene — which is where everything started.

What were your favourite moments from To All The Boys: Always And Forever?