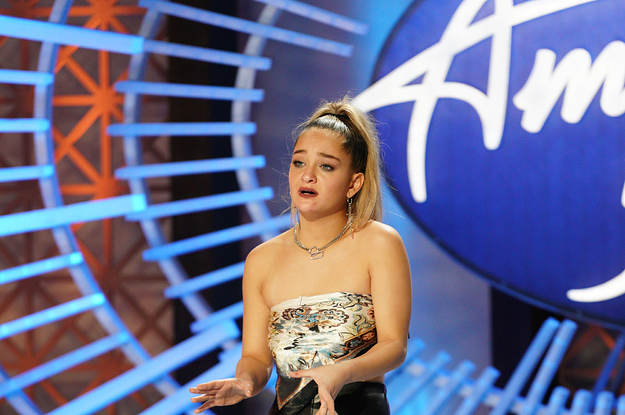 The daughter of former Trump advisor Kellyanne Conway and lawyer George Conway faced the judges during the season premiere of the singing competition’s 19th season.

The whole thing was…interesting. You can watch it here.

If you’d rather not, here’s what happened: As soon as Claudia walked onstage, judge Katy Perry immediately asked her, “Are you OK?” “No, but yes,” Claudia replied.

There was a brief montage featuring Conway’s parents — yes, both of them. Kellyanne appeared via video call, whereas George was shown fist-bumping Claudia and waiting outside the studio during the audition. Again, just weird stuff to watch.

As for the audition itself: First, Claudia sang Rihanna’s “Love on the Brain” for a bit before Perry cut her off and asked her to try another song. Then, Claudia gave Adele’s “When We Were Young” a shot.

The judges deliberated, and by a vote of 2-1 — with Luke Bryan casting the dissenting vote — they decided to send Conway to Hollywood. So it seems like she’s going to be on American Idol for a bit longer.

Kellyanne, as previously reported, was recently under investigation for allegedly sharing nude photographs of her daughter on Twitter.

Claudia has also repeatedly accused Kellyanne of emotional, physical, and verbal abuse in the past. Read about the abuse allegations against Kellyanne Conway here.