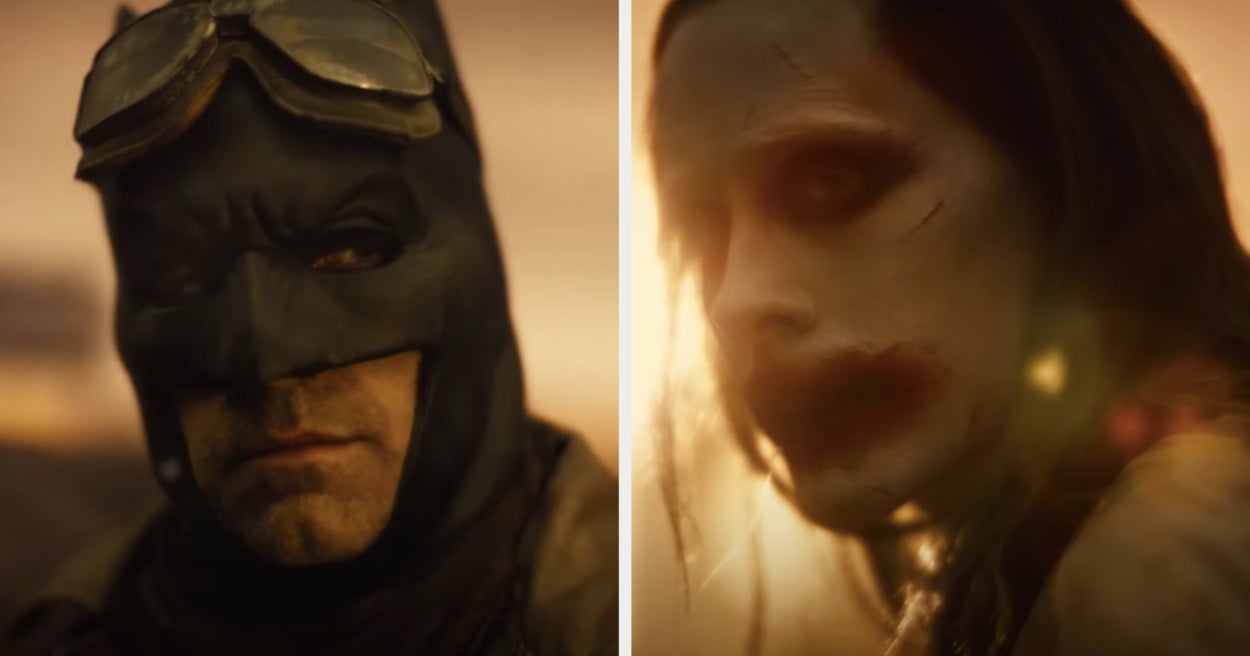 ICYMI, back in May 2020 — when we were all, approximately, 30 years younger than we are right now — HBO Max announced that they planned to release the long-awaited, long-rumored “Snyder Cut” of 2017’s hot mess, Justice League.

Then, in November 2020, we received a very moody, black and white teaser for the re-cut, likely prepping fans for the overall tone of the film:

Well, after months and MONTHS of teasing, we finally got our first official full-length trailer over the weekend, and — honestly? — just watch it. Stop reading the words I’m writing and watch it. Here ya go:

The trailer is action-packed and features a lot of brand new scenes, which is definitely what fans have been hoping for.

But the stand-out bit of newness is, of course, that the Joker is now in the film — oh, and it’s not just any “Joker,” but a new interpretation of Jared Leto‘s now-infamous Suicide Squad version.

And — far more importantly (to the internet, at least) — he said it. He said the thing:

For those who AREN’T familiar with the meme, the whole “we live in a society” thing is, well, peak meme culture.

And, of course, the internet had thoughts:

Because it does, honestly, kinda feel like a long-con joke:

Heck, even Jared Leto himself was just straight-up like:

So, uh, yeah. There ya have it. Anyway, be sure to catch the “Snyder Cut” of Justice League when it officially hits HBO Max on March 18!