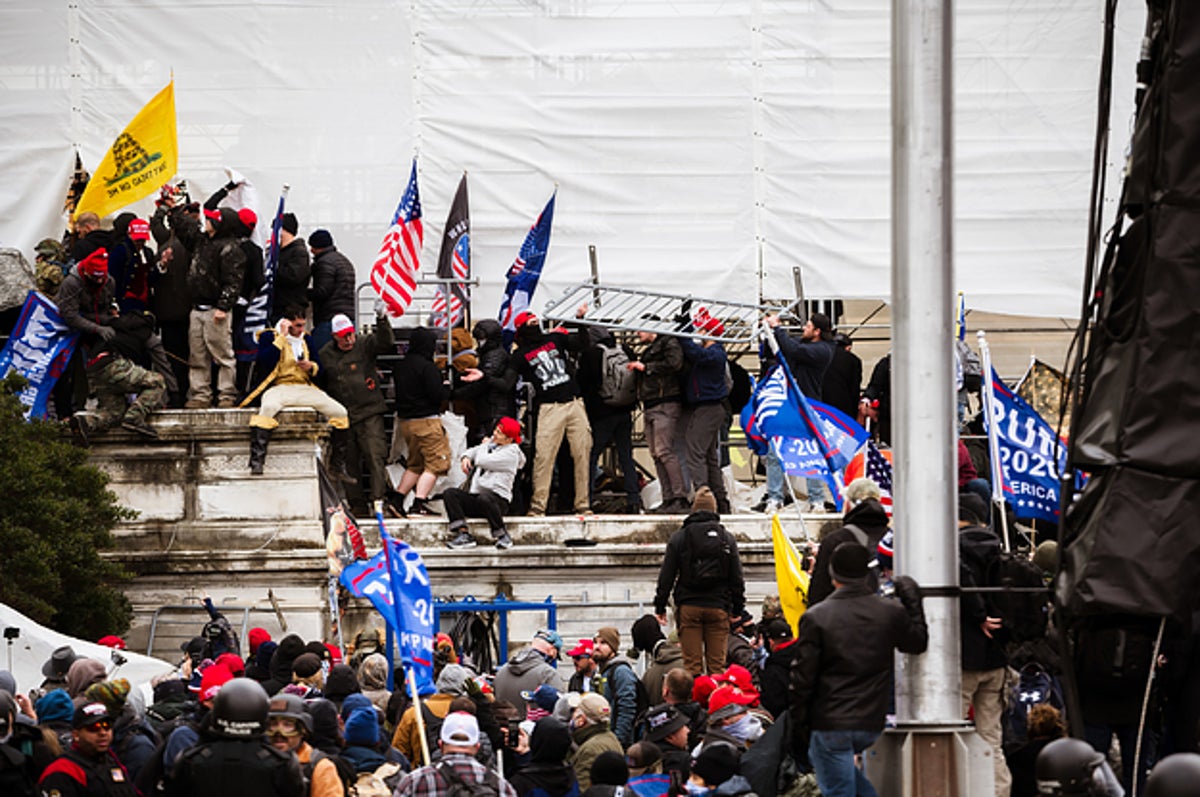 
WASHINGTON — A member of Congress and the NAACP filed a civil rights lawsuit on Tuesday that accuses former president Donald Trump, Trump’s longtime lawyer and ally Rudy Giuliani, and two extremist groups of conspiring to incite the Jan. 6 insurrection at the US Capitol.

Rep. Bennie Thompson, a Democrat from Mississippi, is pressing a claim under what’s known as the Ku Klux Klan Act, which includes a section that makes it illegal to conspire to prevent public officials from “discharging any duties.” Thompson is alleging that Trump and Giuliani incited the mob that descended on the Capitol to prevent Congress from certifying the Electoral College vote, while leaders of the Proud Boys and Oath Keepers “acted in concert to spearhead the assault.”

It’s the first civil lawsuit seeking to hold Trump and his supporters accountable for the violence at the Capitol, but it’s not the first lawsuit that Trump faces under the Ku Klux Klan Act. Trump is also a defendant in a separate pending case that accuses him of conspiring with the Republican National Committee to interfere with the rights of Black voters after the election.

Thompson’s lawsuit, filed in federal district court in Washington, DC, comes just two days after the US Senate voted over the weekend to acquit Trump following his impeachment in the House of Representatives on the charge that he incited the insurrection. In announcing the lawsuit, Thompson put out a statement saying that because Senate Republicans had “abdicated their responsibility to hold the President accountable, we must hold him accountable for the insurrection that he so blatantly planned.”

As Congress met in a joint session on Jan. 6 to officially certify the results of the election, hundreds of people crossed security perimeters around the Capitol; some assaulted US Capitol Police officers trying to hold the line to get through, according to charging papers. The assault took place shortly after Trump had spoken at a rally a few blocks away and urged his supporters to go to the Capitol, telling them, “Something is wrong here, something is really wrong, can’t have happened and we fight, we fight like hell, and if you don’t fight like hell, you’re not going to have a country anymore.”

Federal prosecutors have highlighted how some people charged in the insurrection described themselves as following Trump’s direction, and some defendants that the government has tried to keep behind bars have argued to judges that they shouldn’t be considered a danger to the community because they were taking instructions from the then-president and commander-in-chief. A small number of the 200-plus people charged to date have been identified as members of the Proud Boys, which has described itself as a group of “Western Chauvinists,” and the Oath Keepers, a militia organization that is focused on recruiting current and former servicemembers and police.

Thompson’s lawsuit described Trump’s refusal to accept the election results in the weeks after Nov. 3 and efforts by the former president and Giuliani to repeatedly attack the integrity of the election process and falsely claim that there was widespread voter fraud; election officials in states where Trump focused his attacks, including Georgia, Michigan, and Pennsylvania, found no evidence to support his allegations of fraudulent activity, and dozens of states and federal judges across the country rejected lawsuits brought by Trump and his allies challenging election results as either procedurally deficient or meritless.