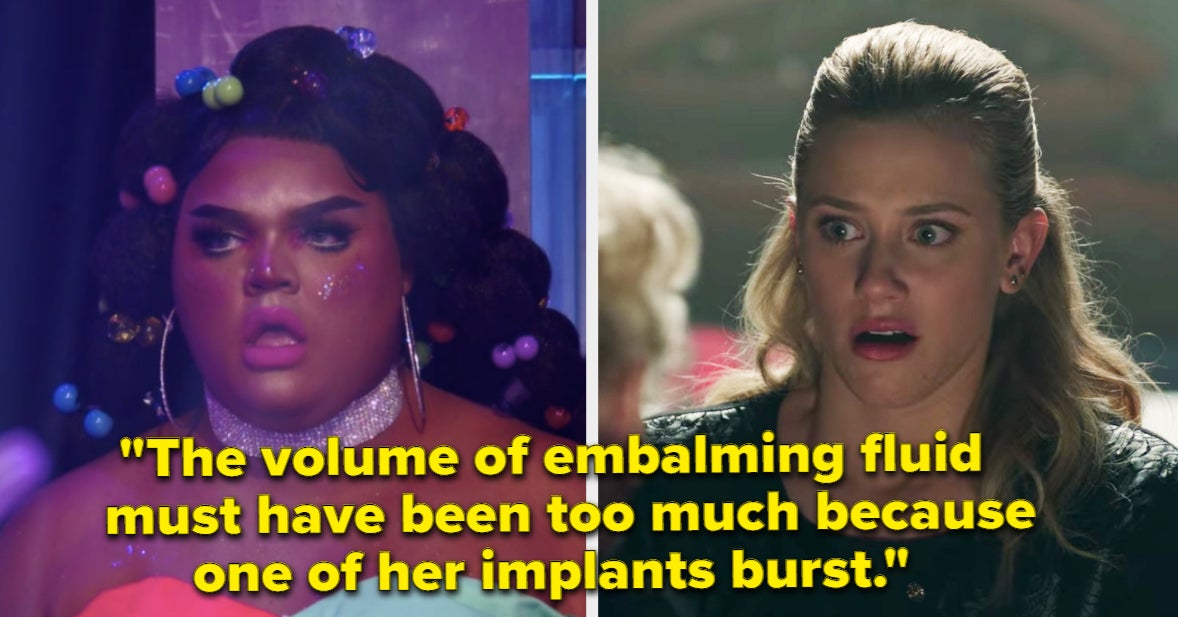 We recently asked former funeral home employees of the BuzzFeed Community to tell us what secrets and stories they have from the job. Here are some of their wild and most interesting answers:

“I was removing a female decedent from a home and the front porch stairs were steep. She wasn’t strapped onto the stretcher well enough and she slid down as my partner and I went down the stairs. Her legs spread around me as I was at the foot of the stretcher. It looked…um…bad. I was horrified. So was the family.”

“A large plastic screw goes in the deceased person’s butt to prevent…leakage.”

“My dad was a funeral director/embalmer. He picked up a body from a nursing home and when he went to make the incision the lady moaned and blood starting coming out of the incision. He called the nursing home who apparently made a mistake. They sent the ambulance to the funeral home and took her back to the nursing home where she actually expired a few hours later. Never seen Pop so freaked out.”

“My fiancé says the first thing he always does is glue the eyes shut because they have a habit of opening when processing the body.”

“I was in the prep room during an embalming where the woman had breast implants. The volume of embalming fluid must have been too much because one of her implants burst. The embalmer ended up stuffing cotton balls in the breast to fill it back up.”

“My grandfather was a funeral director and my dad worked there as a kid. He said it wasn’t uncommon for a body to exhale suddenly, sometimes with some vocalization.”

“Before funerals, the bodies get their jaws glued or wired shut so the mouth doesn’t hang open at the service.”

“One of my best friends works in a funeral home. Y’all would be surprised by how many people require to be buried with spandex or shapewear on.”

“I dated a guy once who worked at a funeral home. He told me a story about a gnat problem an hour before an open casket funeral. They couldn’t get rid of the bugs flying around the body, so he had to get one of those repellent candles and lit it behind the casket so no one would see it. They also sprayed the body from head to toe with repellent.”

“You have to have a strong stomach and not be bothered by smells. Lots of people pee and poop themselves, blood stinks after having sat for a while, and the smell of a decomposing body is something you’ll never forget.”

“Pacemakers must be removed before cremation or the high temperatures will cause them to explode, which could blow up the entire building.”

“The only thing I will say is if you don’t want your cats or dogs nibbling on you after death, don’t get cats or dogs. I’ve seen the pictures.”

“One of my closest friends is a funeral director. It’s a calling, for sure. She says that one of the hardest parts is that she’s never really off the clock. She could be in the middle of Christmas dinner with her family and get a call and she HAS to go.”

And finally, “So the deceased person was a collector of wind-up toys. Before the casket was closed, family and friends lined up to say goodbye and placed wind-up toys in the casket as tribute. Later, as we brought the casket into the church, one of like a zillion wind-up toys went off. People were turning their heads back in pews with horrified looks on their faces because they had gone straight to the church and didn’t see the family place the toys in there.”

Note: Some of these submissions have been sourced from Reddit.

What stories and secrets do you have from working in a funeral home? Let us know in the comments!