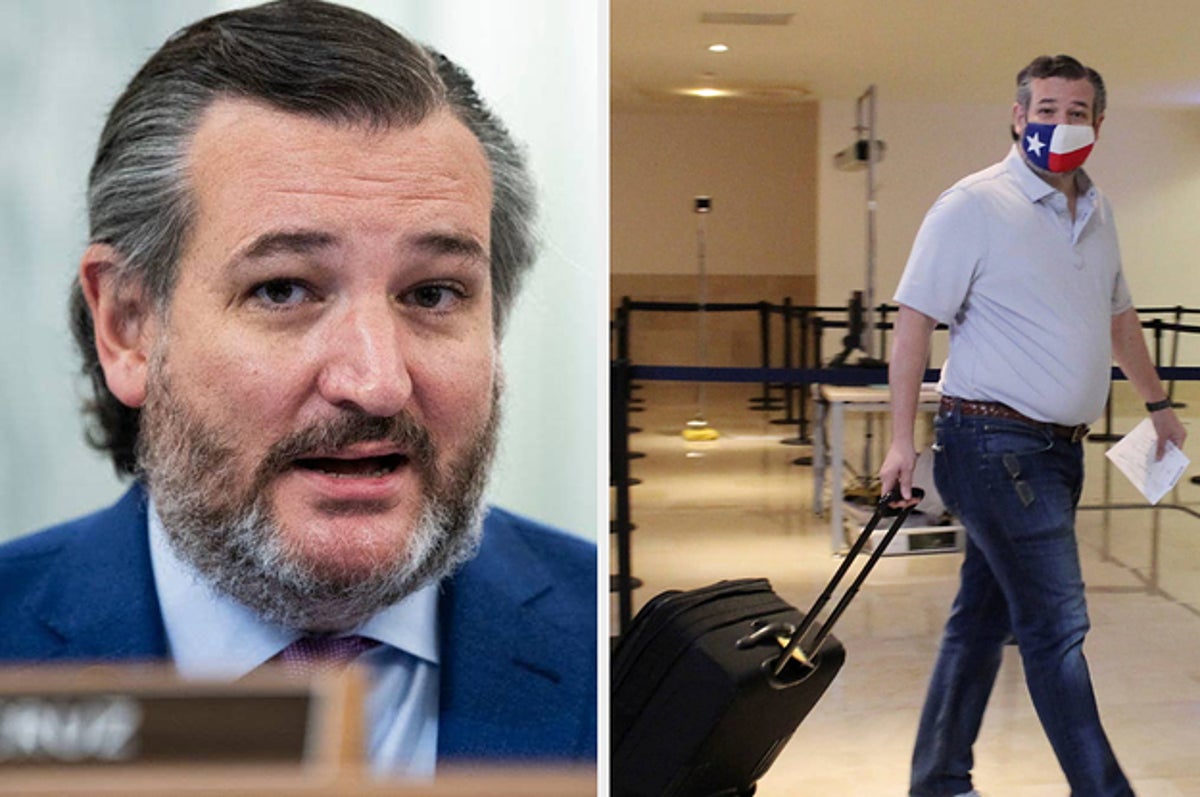 
Texas Sen. Ted Cruz flew with his family to Cancún, Mexico, while millions of people in his state suffered without power and water during a freezing winter storm.

In a statement to BuzzFeed News on Thursday afternoon, Cruz said that his daughters wanted to take a trip with their friends after school was cancelled for the week.

“Wanting to be a good dad, I flew down with them last night and am flying back this afternoon,” Cruz said. “My staff and I are in constant communication with state and local leaders to get to the bottom of what happened in Texas,” he said.

He said that it had been “an infuriating week for Texans” and that “like millions of Texans, our family lost heat and power too.”

In a radio interview on Tuesday, Cruz said that his house was “lucky” that it hadn’t lost power like some of their neighbors’ homes.

“The greatest state in the greatest country in the world has been without power,” Cruz said in his statement. “We have food lines, gas lines, and people sleeping at the neighbors’ houses. Our homes are freezing and our lights are out.”

Photos showed Cruz flying back to Houston on Thursday.

Sources told the Associated Press, New York Times, and CNN that Cruz went with his family for a long-planned trip to Cancún and was expected to return immediately on Thursday.

The Houston Police Department confirmed to BuzzFeed News that a member of Cruz’s staff contacted HPD personnel at Houston’s airport on Wednesday afternoon and “requested assistance upon the Senator’s arrival at the airport.”

United Airline flight status details online showed that UA Flight 1020 departed IAH from Terminal E at 4:44 p.m. on Wednesday and was scheduled to arrive in Cancún at 7:52 p.m.

United Airlines declined to confirm if Cruz was a passenger, saying they do not provide passenger information.

The senator’s departure to Cancún for a family vacation while Texans struggled to get food, water, and warmth amid freezing temperatures and without electricity for four days straight, prompted widespread outrage.

Beto O’Rourke, the former El Paso lawmaker and 2020 Democratic presidential candidate, blamed Republican leaders like Cruz for the state’s power crisis, telling MSNBC on Thursday that Cruz “is vacationing in Cancun right now when people are literally freezing to death in the state that he was elected to represent and serve.”

The deaths of at least 10 people have been connected to the frigid temperatures in Texas, which largely runs its own electrical grid that had not been adequately weather-proofed to operate in drastic weather conditions.

At least 7 million Texans have been ordered to boil tap water before drinking it because of frozen and damaged pipes and low water pressure. Food supplies are running out and frozen bodies have been discovered on sidewalks and roadways in the state. Residents warmed themselves using their stoves, candles, barbecue grills, generators, and vehicles leading to cases of carbon monoxide poisoning.

Speaking on The Joe Pags Show on Tuesday, Cruz urged Texas residents to stay at home and “hug your kids” during the winter storm.

Cruz said a meteorologist had told him that the combination of two winter storms “could see up to 100 people lose their lives this week in Texas.”

He said the storm was “dangerous” and that people should not risk their lives venturing outside.

He also said a bunch of the neighborhood kids were at his home running around and playing with his children on Tuesday because their houses had lost power while his house was “lucky” that it didn’t lose power.

Some pointed to Cruz’s tweet from December in which he berated the mayor of Austin for flying to Cabo San Lucas in Mexico in early November while encouraging Austin residents to stay at home during the coronavirus pandemic.

“Ted Cruz jetting off to Mexico while Texans remain dying in the cold isn’t surprising but it is deeply disturbing and disappointing,” Texas Democratic Party Chair Gilberto Hinojosa said in a statement, calling for Cruz to resign. “Cruz is emblematic of what the Texas Republican Party and its leaders have become: weak, corrupt, inept, and self-serving politicians who don’t give a damn about the people they were elected to represent.”