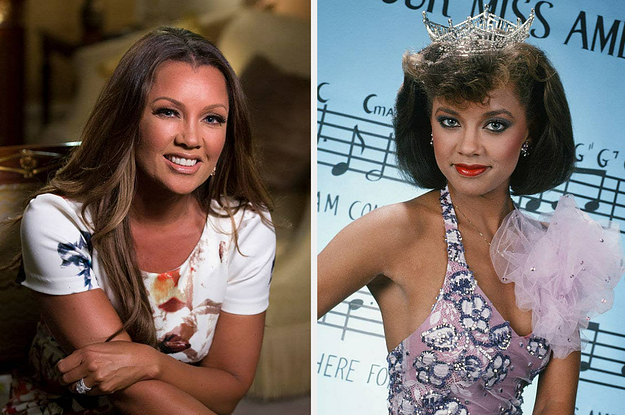 Back in 1983, Vanessa Williams made history when she became the first Black woman crowned Miss America. Although it was a big win for her, she remembers facing a lot of criticism from both the Black and White communities in America.

“I was not seen as a 20-year-old, who is a junior in college,” she recalled on A&E’s The Table Is Ours podcast. “I was seen as a symbol, but also seen as a Black woman, and [I was] also seen as someone who was supposed to represent the American beauty.”

“And there are a lot of folks that did not believe that having brown skin and being a Black woman represented the Miss America ideal,” Williams continued.

Things got so bad that Williams remembers having “sharpshooters” at her homecoming parade.

“There were sharpshooters on the top of [the] roofs of my hometown, just because of the threats that were against me because of who I was,” she said. “I had death threats.”

However, the worst threats she received were the ones that came from her “own people.”

“Not only was I getting attacked from White folks saying she doesn’t represent us, but some Black folks [said], ‘Oh they only picked her cause she’s [light-skinned and has] light eyes,’” Williams recalled. “[They] kind of dismissed my talent, my intellect, and my achievement. So that was probably more hurtful.”

Looking back, Williams said it was “tough to take that criticism” from the Black community. But thanks to her ignoring “a lot” of negative comments on “social media,” she’s learned to accept her win wholeheartedly.