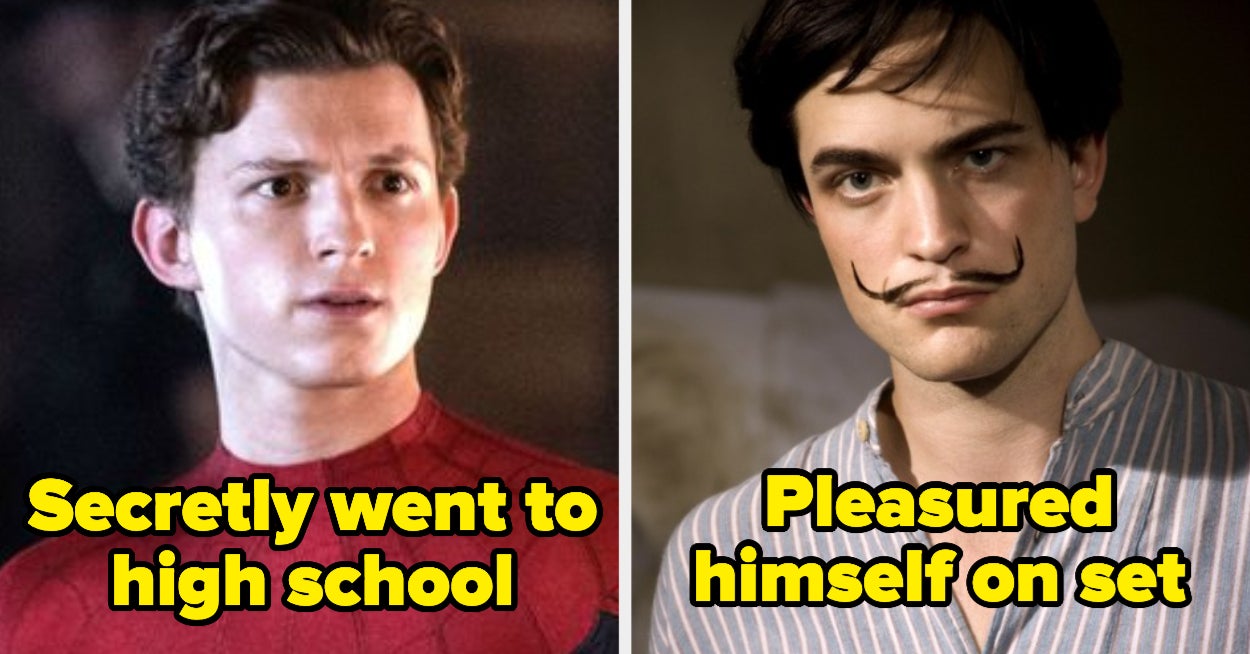 For those not familiar with method acting, it’s basically a performance style that emphasises drawing on one’s own personal experiences and memories in order to connect with the character one is playing. Typically, method actors will somehow “live as their character” in order to fully inhabit the role.

Here are some wild examples of times actors went fully “method” in order to better understand their role:

To play the legendary singer-songwriter Ray Charles – who was blind from the age of seven – Jamie Foxx would have his eyes glued shut for 14 hours a day.

Tom Holland actually enrolled in a high school in the Bronx in order to better understand the American high school experience for Spider-Man: Homecoming.

For her iconic role in The Silence of the Lambs, Jodie Foster actually joined the FBI Academy in Virginia that her character Clarice was attending.

During filming for The Lighthouse, Robert Pattinson would often drink in excess before his scenes and end up licking puddles of mud, making himself sick, and weeing himself.

Also, for his role in Little Ashes, Robert Pattinson masturbated on set to completion and the cut made it into the film!

For The Last King of Scotland, Forest Whitaker learned Swahili, ate nothing but mashed bananas and beans, and remained in character off-set.

Adrien Brody gave up his apartment, his car, and many of his belongings in order to play a Holocaust victim in The Pianist.

For her turn as a prima ballerina in Black Swan, Natalie Portman spent eight hours a day training as a ballet dancer.

Nick Nolte spent five weeks living as a homeless man to prepare for his role in Down and Out in Beverly Hills.

Jamie Lee Curtis actually learned to play the guitar – and specifically Anna’s guitar solo – for her role in Freaky Friday.

In the MCU movies, Chadwick Boseman spoke in his character’s accent in between takes so he wouldn’t lose it.

Marlon Brando spent a month in bed at a veteran’s hospital in order to play an injured WWII lieutenant in The Men.

Johnny Depp spent years studying gonzo journalist Hunter S. Thompson and even lived in his basement for a while.

Val Kilmer had to go to therapy after he finished filming The Doors because he couldn’t stop thinking like Jim Morrison.

And, of course, the ultimate method actor, Daniel Day Lewis, has gone the extra mile on several occasions – including remaining wheelchair-bound throughout the filming of My Left Foot.

He also lived in the wilderness of North Carolina for a month in order to prepare for his role in The Last of the Mohicans.

Did we miss anyone out? Shout them out in the comments!