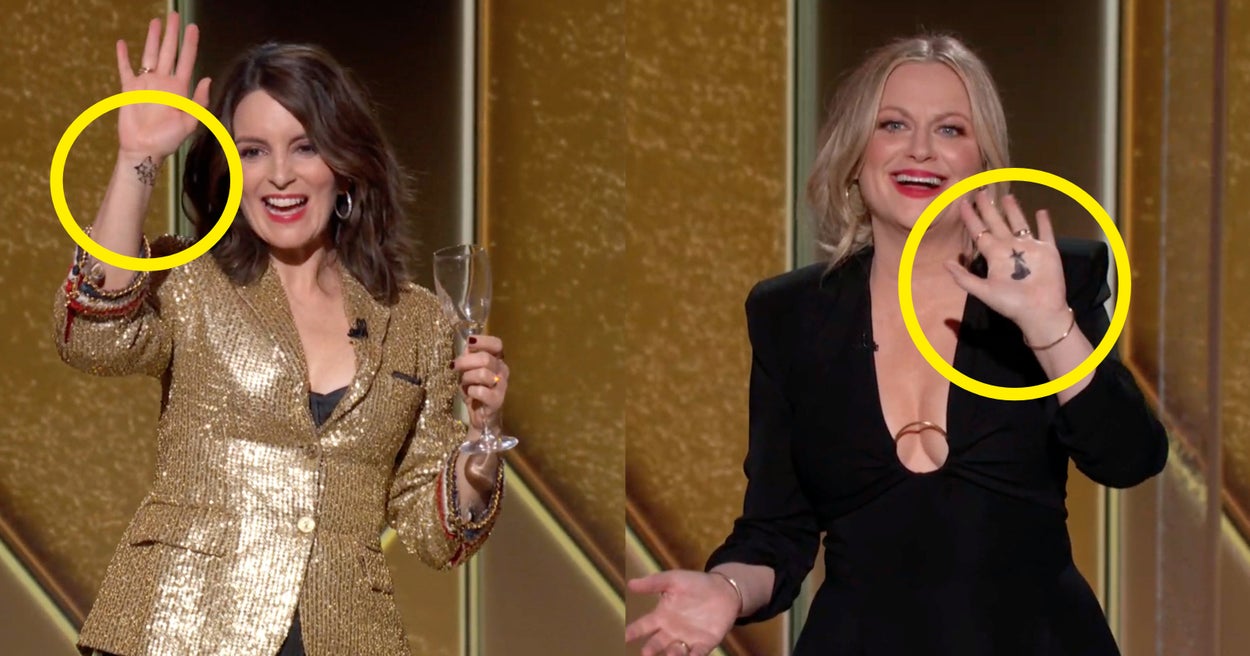 If you watched the Golden Globes last night you may have noticed Amy Poehler and Tina Fey sporting some new ink near their hands:

Upon closer inspection, the artwork appeared to be a series of hand drawn hearts and stars…which left viewers wondering just what it meant.

So while the drawings weren’t actually brand new tats, it turns out the hearts and stars Amy and Tina drew did have a super sweet meaning…and it has to new with Amy’s new movie Moxie.

Netflix revealed that in Moxie, hearts and stars are used as a “battle cry,” symbolizing anyone “who is sick of the status quo and willing to stand up and fight for what they believe in.”

The upcoming film, which Amy both directs and stars in, follows a shy 16-year-old who “finds inspiration from her mother’s rebellious past and anonymously publishes a zine that sparks a school-wide, coming-of-rage revolution.”

And of course, there are a lot of hearts and stars to support the cause in the film:

Moxie premieres on Netflix on March 3. Watch the entire trailer below.