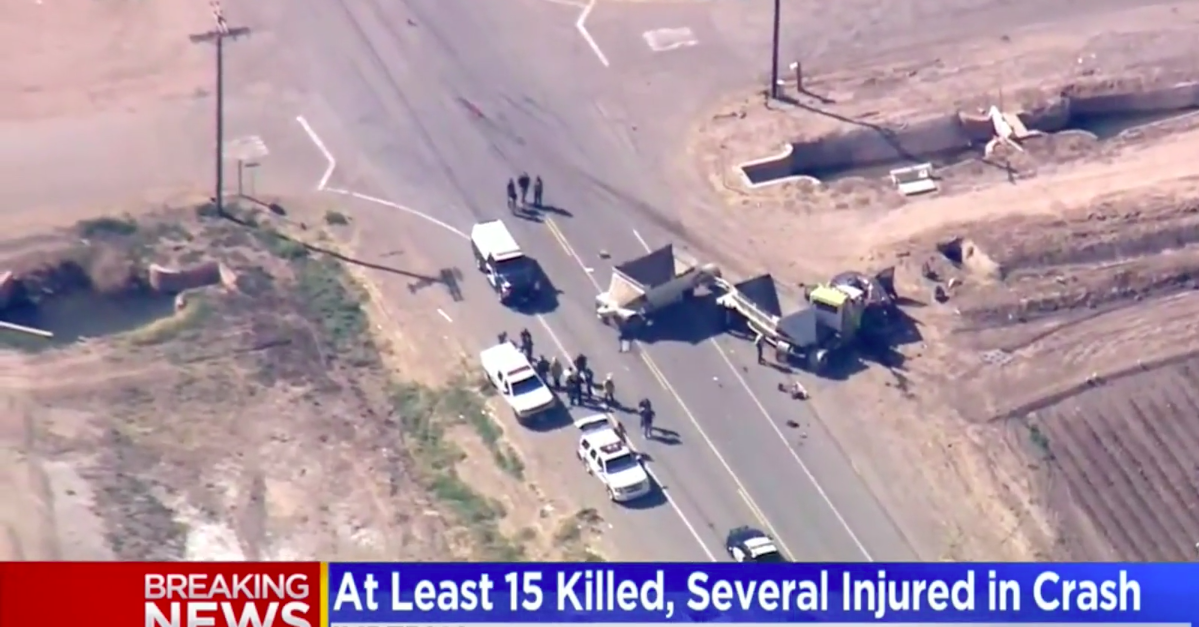 
A horrifying crash in Southern California between an overloaded SUV crammed with people and a semitruck killed at least a dozen people on Tuesday.

“This was a major accident,” said Adolphe Edward, the CEO of El Centro Regional Medical Center, at a news conference Tuesday morning. “We are aware that children were involved in this accident.”

Officials initially said 14 people had died, but revised that number down to 13 as of Tuesday afternoon.

Authorities said there were more than two dozen people crammed into the SUV that struck a semitrailer laden with gravel on Highway 115 near El Centro. California Highway Patrol Border Division Chief Omar Watson said the passengers ranged in age from 16 to people in their 50s and that the occupants included both men and women. The driver of the SUV, a 22-year-old from Mexicali, was among the dead, while the driver of the big rig sustained moderate injuries.

Watson told reporters that it was too early in the investigation to determine where the vehicle was coming from or what caused the collision. He described the seen as “chaotic.”

“Some of the victims were ejected from the vehicle, there were some walking wounded that pulled themselves out of the vehicles, and then once the allied agencies and our CHP personnel arrived on scene they were also pulling people from the vehicle,” he said.

“This vehicle was obviously had way too many people in it,” he said. “You can’t seat belt those people. As far as why, I don’t know.”

“I want to address an issue upfront with everybody: We don’t use the term ‘undocumented’ in the hospitals,” Edward said. “To us, these people that came to us are patients.”

As of Tuesday, three passengers remained at El Centro Regional, and three were transferred by helicopter to a hospital in San Diego.