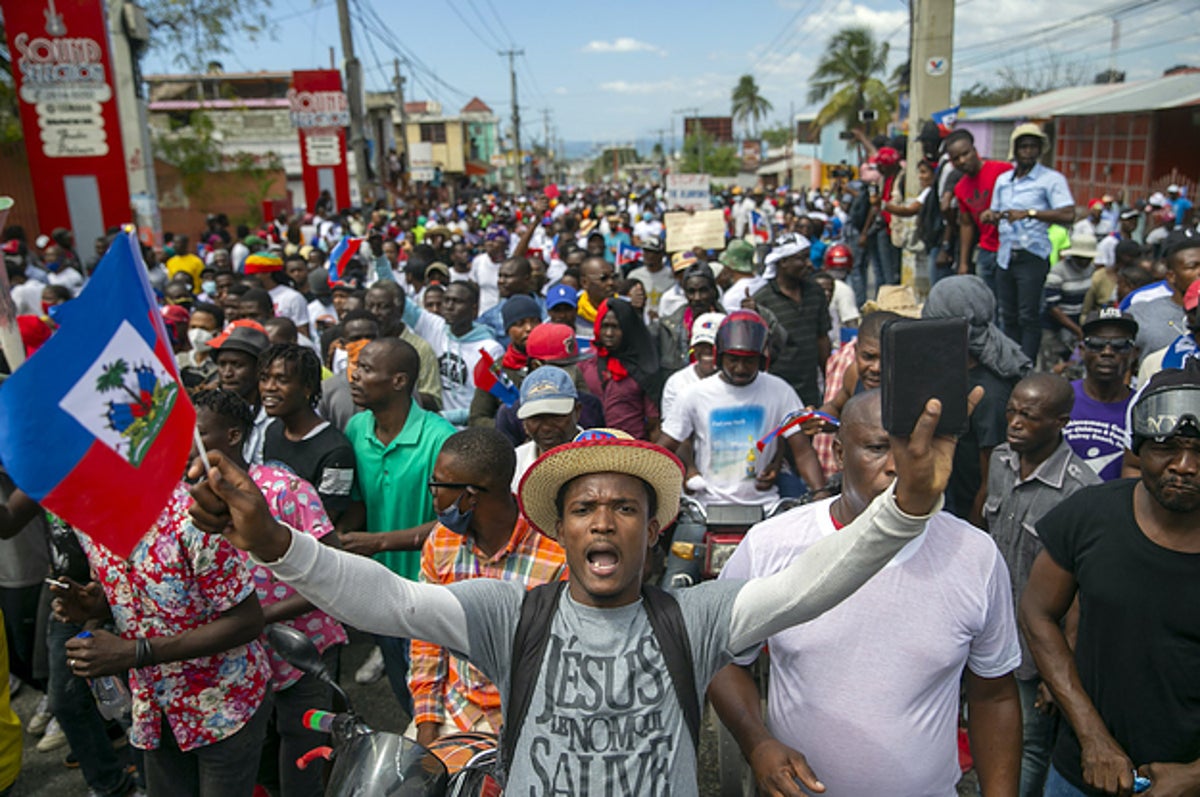 
Department of Homeland Security officials acknowledged internally that deported Haitian immigrants “may face harm” upon returning to their country due to violent crime and the political instability that has rocked Haiti in recent months, according to documents obtained by BuzzFeed News.

The political instability in Haiti, which has reached a fever pitch in recent weeks after the party opposition’s calls for the president to step down failed, has created another dilemma for the Biden administration’s goals to slowly roll back former president Donald Trump’s immigration policies, while at the same time relying on some of them to prevent people from entering the US at the southern border.

The Biden administration has continued to use a Trump-era border policy to turn back immigrants at the border, including Haitians, much to the chagrin of advocates who point out that it effectively seals the border.

Since March, border officials have used a section of the public health code known as Title 42 to immediately turn back immigrants at the border in order to halt the spread of the coronavirus. Previously, immigrants had the opportunity to claim fear of being returned to their home countries, something that’s unavailable when deported under Title 42. Thousands of people have been turned back at the border this year under this policy, including more than 900 Haitians flown by ICE to Haiti in the first part of February alone, according to government data obtained by BuzzFeed News. The US has also deported Haitians from within the US.

“The situation in Haiti is placing an immense amount of pressure on the new administration, threatening to further strain border resources as they try to move forward with broad reforms,” said Sarah Pierce, an analyst with the Migration Policy Institute.

The report obtained by BuzzFeed News was borne out of a February inter-agency meeting organized by Biden administration officials to discuss the situation in Haiti, including the use of Title 42 against Haitians at the border. Administration officials have repeatedly implored people not to come to the border, explaining that the laws will continue to be enforced. On Monday, DHS Secretary Alejandro Mayorkas reiterated that stance by explaining that families and adults would be returned under the law.

A DHS spokesperson said that the situation on the ground would not change overnight as they attempt to restore the asylum system at the border.

“The return of a family is a solemn and heartbreaking event. That is especially true when the country of destination suffers instability, violence, lack of economic opportunity, or other challenges,” the spokesperson said in a statement.

Marie, a Haitian woman who crossed the border with her husband and infant in February, is one of those who have been sent back recently. The 38-year-old, who spoke on the condition of anonymity for fear of reprisals in her country, said that she left Haiti in 2016 after being kidnapped and raped. In late January, she crossed the US border and was arrested along with her family, she said.

She was never given the opportunity, she said, to explain why she had come to America and why she was seeking protection. Instead, nearly two weeks later, she was flown back to Haiti with her family.

It’s there now where they are in hiding, fearful that she will be targeted again. The family has avoided leaving their location as much as possible.

“I’m afraid I am going to get killed,” she said. “It has been extremely difficult.”

Marie had hoped that a change in policies would allow her to have the opportunity to present her case. That did not happen, she said.

The report obtained by BuzzFeed News responds to a request from the meeting: “Embassy Port au Prince briefed on the deterioration of rule of law in Haiti in recent months, and ongoing gang violence and human rights violations in the country. In light of these developments, DHS US Citizenship and Immigration Services will reevaluate whether expelled Haitians would face harm upon return to Haiti,” it begins, before declaring that “based on a recent analysis of conditions in Haiti, USCIS believes that Haitians removed to Haiti may face harm upon return to Haiti as follows.”

The document goes on to explain the conditions in the country and relies exclusively on publicly available information, including a State Department travel advisory from August that recommended not traveling to Haiti due to “crime, civil unrest, kidnapping, and COVID-19.”

The travel advisory explained how kidnapping was widespread and violent crime, such as armed robbery, was common and local police may lack the resources to help. The DHS document cited a InSight Crime report from July that the Haitian government was using gangs to “repress the opposition.”

The situation in Haiti has further deteriorated in recent months, according to the report.

The DHS report documents how Haitian President Jovenel Moise has been ruling without a legislative body since January 2020 and that there are concerns that he is becoming “increasingly authoritarian as he relies on executive decrees to accomplish his agenda.” Meanwhile, protests have rocked the country and the government has “employed violence” against demonstrators, according to the report.

The report continues by detailing long-standing issues in Haiti including violence related to economic security, lack of access to healthcare and water, food insecurity, and housing shortages. A more detailed report drafted by the USCIS research team was created for “Temporary Protected Status (TPS) considerations,” according to a separate document obtained by BuzzFeed News. TPS provides immigrants with protection from deportation and access to a work permit for a limited period of time due to circumstances in their home countries.

The documents bolster the arguments made by immigrant advocates in recent weeks as they seek to stop the Biden administration from removing Haitians to their home country. DHS officials have been particularly focused on the pockets of Haitian immigrants that have traveled to Mexico in an attempt to come to the US border.

Guerline Jozef, the executive director of the Haitian Bridge Alliance, said most of the Haitians in Mexico who have attempted to come into the US, but have instead been flown back to Haiti, have been near the border for more than a year. This group, she said, had left the country following the earthquake in 2010 and subsequent crises.

For those who have turned back, she said, the return trip has been frightening.

“We have reports from folks who have been deported that they are in hiding. They are unable to find safety. It is a humanitarian disaster,” she said.

Jozef believes the Biden administration should immediately stop the use of the Trump-era public health order that has led to hundreds of Haitians being expelled to the country.

“This is an inhumane practice,” she said.

The Obama administration previously provided temporary protected status for Haitians who had been in the country continuously since 2010 after an earthquake hit near the capitol and more than 200,000 people were estimated to have been killed. The USCIS report documents how “Haiti had not yet completely recovered from the damage caused by the powerful earthquake that hit the country” in 2010, followed by a Category 4 storm in 2016.

“Hundreds of thousands of Haitians displaced by natural disasters beginning with the 2010 earthquake are still living in displacement camps or informal settlements,” it states.

The Trump administration sought to undo the temporary protected status — an administration official even pressed colleagues for research documenting criminal activity of Haitians in the US — as part of the administration’s efforts to restrict immigration. The plans, however, were later scuttled after federal court decisions.

“We do not believe Title 42 should be used against anyone, and right now there are families from countries such as Haiti in which it will have a particularly brutal effect,” said Lee Gelernt, an attorney with the ACLU, which has repeatedly gone to federal court to help block specific removals of families, including Haitians.

Experts on Haiti explained that the situation in the country’s capital, Port-Au-Prince, had become particularly dangerous.

“People are not feeling safe to leave their homes. It has gotten worse in recent weeks,” said Nicole Phillips, an adjunct professor at UC Hastings College of the Law, who explained there had been a proliferation of gangs and gang violence, including kidnappings, in the country.

“This is a really unsafe and difficult time for Haiti. The government is not able to receive and protect these people. There’s no way that the Haitian government can do that,” she said.

Last week, a group of House Democrats called on the Biden administration to “safely and effectively end” expulsions of immigrants at the border under Title 42.

“We write out of deep concern about the continued Title 42 expulsions and deportations that have taken place in recent weeks, seemingly regardless of whether these migrants meet priorities for removals,” the letter states. “In many cases these deportees are families and children who likely pose no security threat.”