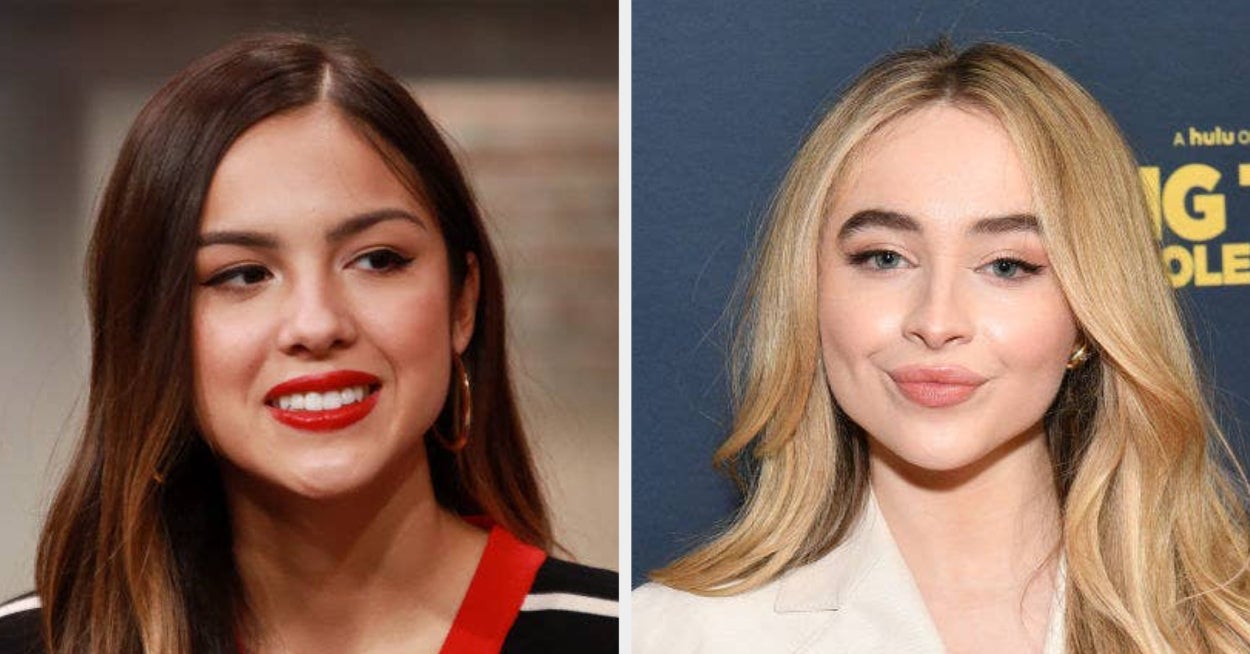 Olivia Rodrigo was just asked about Sabrina Carpenter and it seems that she’s got a case of the Mariah Careys if her response is anything to go by!

Of course, by now you’ll probably know the basics when it comes to the drama, which all started when the unconfirmed romance — and subsequently unconfirmed breakup — between Olivia and High School Musical costar Joshua Bassett started to get a little messy.

But Olivia used that heartbreak as inspiration for her debut single “Drivers License“, a song that has now spent seven weeks at number one on the Billboard Hot 100.

A particular lyric in the song, which referenced an ex-boyfriend with a blonde girl, drew attention across the internet as people theorized Olivia was talking about Joshua and Sabrina.

Joshua released a few songs of his own, with pointed titles such as “Lie Lie Lie” and then Sabrina hopped on the wagon too, releasing her song “Skin“, which seemed to directly respond to the blonde lyric in its opening verse, with the 21-year-old singing: “Maybe blonde was the only rhyme.”

Since of all this went down, the three parties involved have been reluctant to give too much away about what’s going on behind the scenes. In fact, Sabrina was even called out for “skirting around the controversy” in two separate interviews.

But, in a recent interview with RADIO.COM’s Check In, it was Olivia’s turn to be put in the hot seat when she was asked about Sabrina’s response to “Drivers License”.

When asked if she would “ever do a response song to the response song”, Olivia pretty much said no, explaining that she doesn’t know Sabrina and has only met her in passing.

So, I guess that’s settled then!