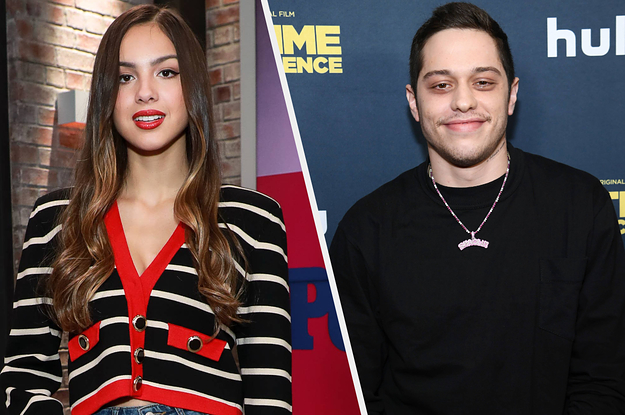 This is Olivia Rodrigo, whose song “Drivers License” went absolutely viral last month and now has over 400 million streams.

And this is Pete Davidson, comedian and beloved Saturday Night Live cast member.

You may also know Pete from his extensive list of famous exes, including Ariana Grande, Kate Beckinsale and Kaia Gerber.

Which, of course, included Pete passionately singing along to the song:

Olivia said she had “no idea” the song was going to be a part of the show but she was “absolutely floored.”

And then she revealed just why the moment was so special — she has a major crush on Pete!

Given Olivia’s quick rise to fame, it’s just a matter of time until her and Pete’s worlds collide IRL on SNL with her as the musical guest or host.