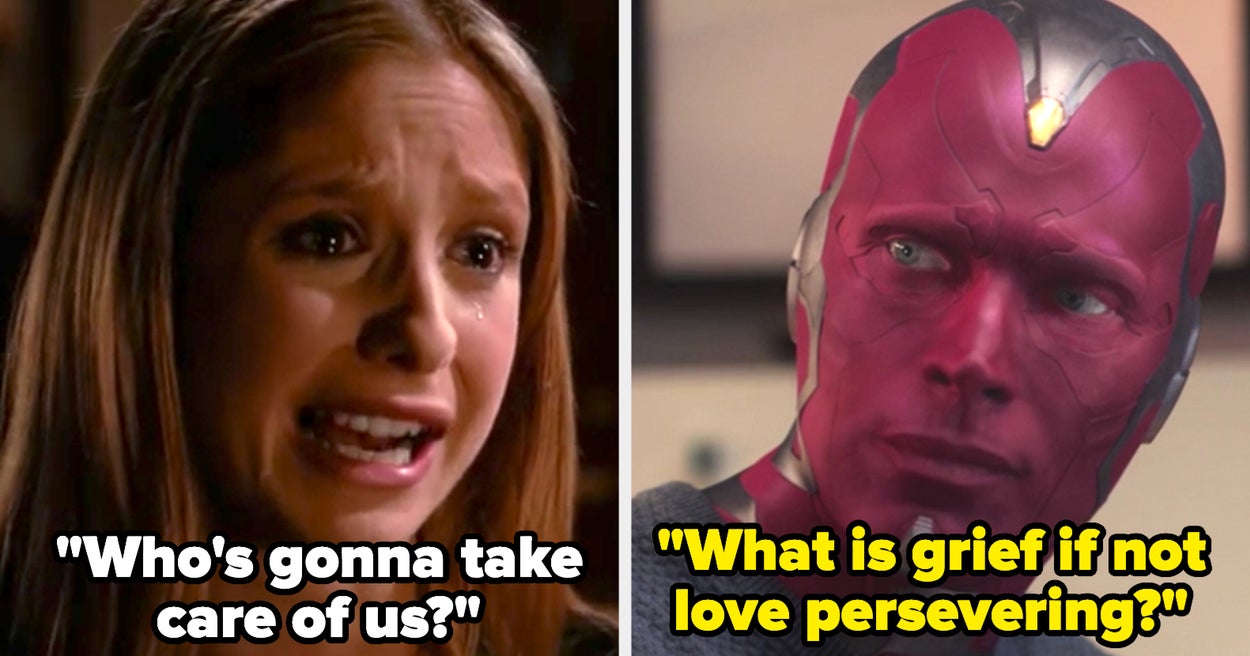 Recently we asked the BuzzFeed Community to share the saddest underrated TV scenes. Here are the best monologues that were submitted!

On Buffy the Vampire Slayer, when Buffy finally broke down in front of Dawn after their mom died:

On Teen Wolf, when Stiles convinced Scott not to kill himself and called Scott his brother:

On This Is Us, when Kevin broke down on his old high school football field:

On Supernatural, when Castiel confessed his love for Dean right before he died:

On The Vampire Diaries, when Bonnie stopped Damon before he desiccated in a coffin for 60 years and told him how she felt about him not even saying goodbye:

On Shameless, when Fiona told her mother how she’s had to raise her siblings and how well they were doing without her:

On The Good Place, when Chidi told Elena a Buddhist belief about death as he said goodbye to her forever:

On Breaking Bad, when Jessie admitted to his group that he was there to sell meth, and questioned their method of self-forgiveness:

On WandaVision, when Vision comforted Wanda after Pietro’s death:

On Game of Thrones, when Jaime told Brienne why he killed the Mad King:

On The West Wing, when Mrs. Landingham told Charlie about her twin sons dying in Vietnam:

On The 100, when Clarke and Bellamy watched the tape Monty had left behind for them:

On Buffy the Vampire Slayer, when Anya had trouble conceiving of death after Joyce died:

On Killing Eve, when Villanelle talked about not feeling anything:

On Shameless, when Monica died and Fiona told Frank that she was never there:

On This Is Us, when Kate got upset about the police killings of Black men and Randall talked about how exhausted he was:

On Sherlock, when John talked to Sherlock’s headstone:

On The Vampire Diaries, when Damon talked to Alaric’s headstone:

On Grey’s Anatomy, when Bailey broke down to Derek after operating on her former high school crush:

And finally, on M*A*S*H, when Margaret confronted the nurses:

Got any other heartbreaking monologues that didn’t make the list? Let us know in the comments below!