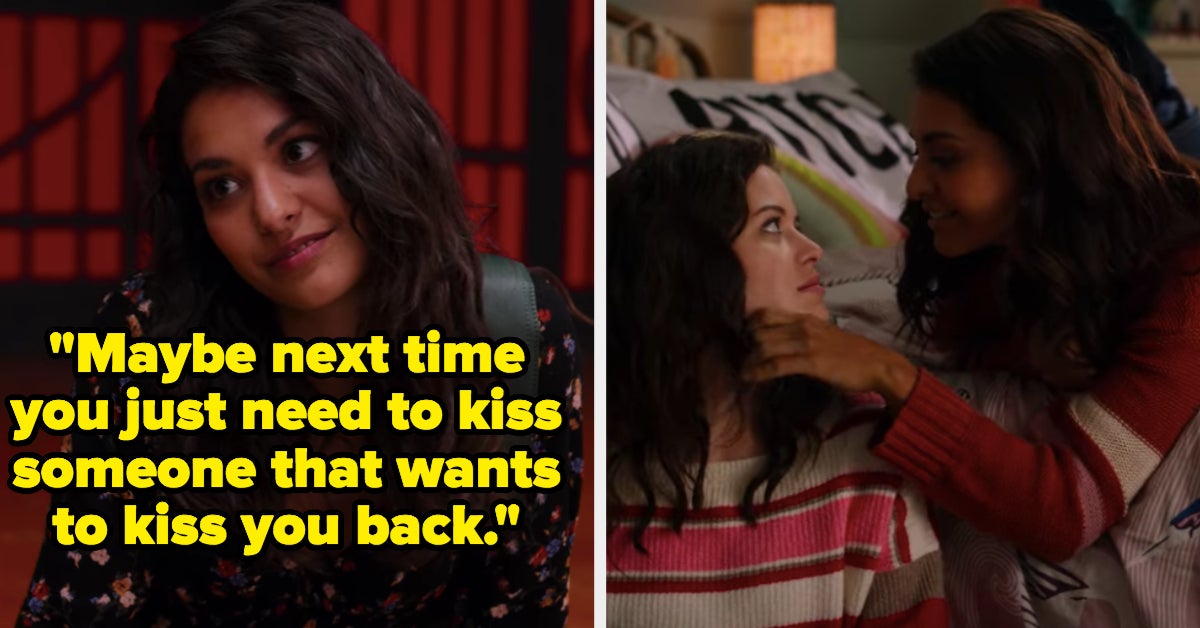 So, one of my favorite shows to binge lately has been Ginny & Georgia. If you know me, you know I’m a sucker for a classic teen drama — and ~drama~ it has!!!

My favorite part of the show, though, is the relationship between Maxine Baker and Sophie Sanchez, aka Sophine.

To say I’m a little obsessed with this ship would be an understatement. Allow me to explain why I’m so invested:

Now, before Sophie came along, Max was actually super bummed because she’d just been rejected by her crush. Poor Max!

But then Sophie changed everything with these words:

Max kinda screws things up when she makes a drunken mess out of herself at the Halloween party (we’ve all been there, Max) and accidentally scares Sophie off.

Luckily, things quickly get back on track and Sophine becomes official. YAY!

What comes next is SO many moments of cuteness. Look at them being adorable in the hallway:

Being adorable at a party:

I think my favorite moment between them is in Episode 7. Max plans on losing her virginity to Sophie (even making a sex playlist of 86 songs, because she’s Max), but when the moment comes, she’s just not ready. Sophie is super understanding and it’s just a really sweet scene.

Now, because of course we can’t have nice things, Max and Sophie unfortunately do not get their happy ending this season.

After Max tells Sophie she loves her, Sophie gets kinda distant and it’s clear they’re just not really in the same place. There’s also the matter of Sophie being a senior and going away to NYU next year. Ughhhhh.

But you know what? As much as I’m bummed that Sophine didn’t end up together, I’m actually not mad about their breakup.

A lot of the time with LGBTQ ships on TV, I feel like they’re only written one of two ways: The relationship either ends super tragically (often with one of the characters dying) OR the character has this super-epic romance with the first person they date and ends up with them regardless of whether they’re actually well-suited for each other.

Real-life relationships aren’t usually that black and white. People have all kinds of relationships — some are wonderful but not meant to last, some make perfect sense for a certain time in your life but not in the long run, and some just end plain badly. Such is life!

Rarely, though, is this reality portrayed with LGBTQ ships on TV. And that’s what makes Max and Sophie stand out to me — they’re not unbelievably perfect, they’re not dramatically tragic, they’re not outrageously epic. They just truly FEEL like a high school romance: cute, a little bit awkward, painful in the end.

Max and Sophie’s relationship is great because they’re treated exactly the same as all of the other ships on the show — I never felt like they were being sidelined. It was also refreshing that neither character had a big coming out arc or had to fear not being accepted by their friends or family. It’s even mentioned that Sophie has also had boyfriends, and nobody makes a big deal about that either. Literally nobody cares, and it’s such a nice change from what we normally see on TV.