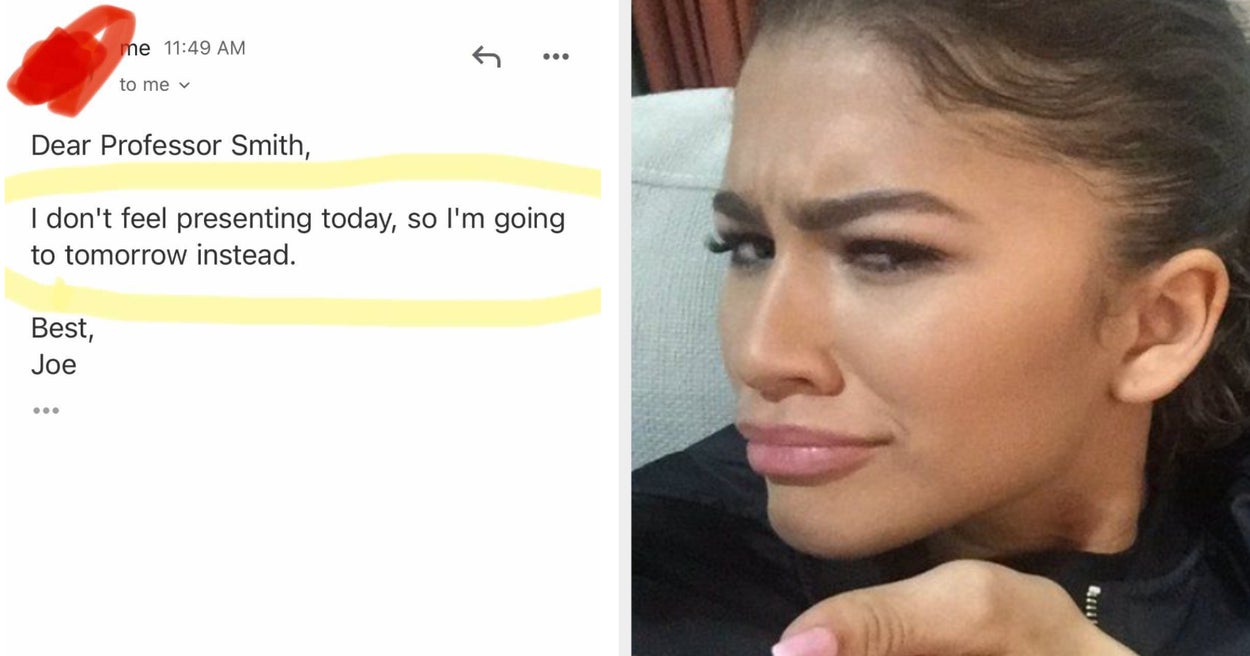 This weekend, Reddit user u/redmambo_no6 asked college professors to share stories of students that made them say, ‘I’m surprised you made it out of high school.’

It led to professors, TAs, and instrctors dragging some of their worst students, and let’s just say, professors are brutal.

Here’s what they said:

“A student came in with a research paper bibliography that listed ‘my mom’ as a source several times.”

“One student wrote a paper about the causes of the Salem Witch Trials. She sided with the accusers because she’d ‘seen some stuff,’ clearly not understanding the assignment.”

“I once spent an hour explaining to college junior that an even number is divisible by 2.”

“Student handed in a one-page essay of complete gibberish. Like, utter stream-of-consciousness of a gerbil on LSD kind of garbage. After receiving an F on this assignment, this person had the audacity to come to my office hour and demand that I explain this grade to them. After I walked them through their river of word-garbage, they tried to tell me that I just didn’t understand their writing because I am not an English native speaker.”

“One student wrote in a discussion board about Lord of the Flies, ‘I like how they saved all the flies. That was my favorite part.’ If you’ve read the book, you can guess the look on my face.”

“Once had identical twin sisters who turned in identical essays. Both were directly plagiarized from a Google search and received identical zeroes.”

“I had a student who had failed the previous year, due to missing too many labs to pass and not handing in assignments. I had rewritten the curriculum. I noticed that this student hadn’t been handing certain things in and had been skipping lectures, so I decided to chat with them. They thought their marks for that semester were cumulative with their previous year’s, so they just had to make up enough marks to get a passing grade. This is a post-grad program. They had a Bachelor of Science degree in dietetics.”

“I had a student who tried to use Microsoft Word to send an email.”

“I had a student include numerous emojis in a term paper.”

“A student came to my office a week after the final and asked me why she had failed the course. She hadn’t turned in a single assignment — or written the final.”

“I was teaching a first year religion class, and we were talking about the story of Adam and Eve. I told my class that a colleague of mine joked Adam had a C-section because he wasn’t conscious when God took his rib and made Eve. The class had a giggle, but one student raised their hand and seriously asked why everyone was laughing because men have the ability to regrow their ribs once in their life, thanks to this original moment.”

“I had a student who told me, being 100% serious, that he wouldn’t be presenting on his assigned day because he ‘didn’t do the assignment and he’d go the next day.'”

“One of my students said that she and her whole family truly believe that microwaves mutate the DNA of your food (they don’t) and mutated DNA is dangerous to eat (it wouldn’t be). I couldn’t help myself for calling her out.”

“I had a student put in their presentation, ‘Women’s suffrage has destroyed the American family structure,’ and ‘feminism has turned women away from their naturally obedient nature.'”

“A masters student didn’t know how to convert from seconds to minutes.”

Ok, students, it’s your turn. Let me know about the worst professor you ever had in the comments. Go!