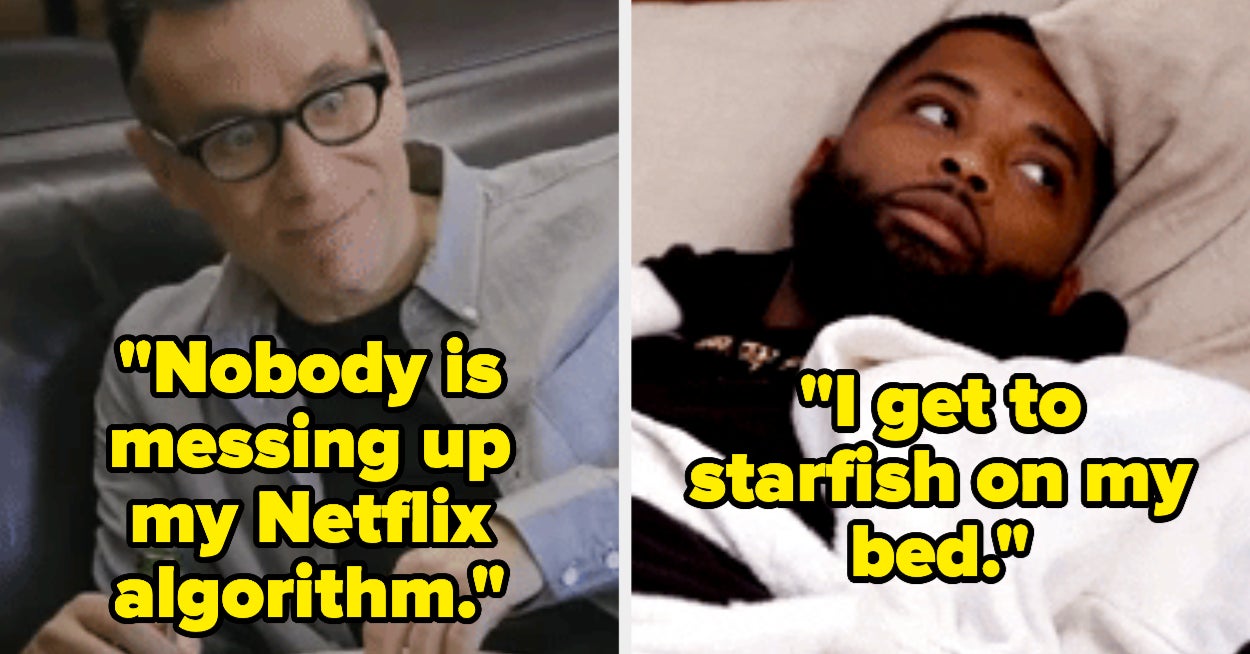 Recently, a since deleted user asked the good people of Reddit – “what is a reason you are glad to be single?” Here’s what people had to say:

“Nobody is messing up my Netflix algorithm.”

“On a day to day basis, I struggle less with feelings of guilt.”

“There are things one misses out on by not being in a relationship, but not beating yourself up over a snappish reply or a thoughtless gesture towards someone you care about are not among them.”

“I can do whatever I want, whenever I want without checking in with anyone.”

“The only things stressing me are my own stressors. I don’t have to help support someone else through theirs.”

“When I’ve been in a relationship, I always felt like I needed to check my phone 24/7.”

“I can [leave] something on the table and come back two weeks later and it is still there.”

“Midnight flatulence without a care.”

“[You are] no longer forced to hangout with [your SO’s] friends.”

“[I’ve] learned to love myself without needing anyone else’s words of affirmation.”

“I can wake up and go to sleep at any time I want without messing up my SO’s sleeping patterns.”

“I’d rather be single than be with someone who doesn’t appreciate my love and affection.”

“I never want to turn the key in the door and have to worry about what is going [on] on the other side again.”

“I don’t want to have to manage another’s emotions or walk on eggshells. I love the peace that my space is mine alone. I also hate the obligations that tend to come with relationships.”

“My apartment is clean and neat and most importantly, 95% empty.”

“Honestly, being single allowed me to put more focus on finishing my undergrad degree, which I just did this last week!”

“I learned who I am after I decided to stop dating.”

“It’s been four years being single, and I really love who I’ve become. I was able to establish myself, my goals, and who I want to be.”

“Being single means I get to spend my money on my own shit.”

“I get to starfish on my bed and take up as much space as I want. It’s heaven.”

“I can buy chunky peanut butter without getting grief.”

“Being single is a better position to be in if you’re looking for a good relationship, because being in a bad one means you have to go through the extra steps of breakup and recovery.”

“Plus, when you’re single, you’re able to work on all those things about yourself that make you ready for a good relationship.”

What are some of your reasons you are glad to be single? Share them in the comments below!