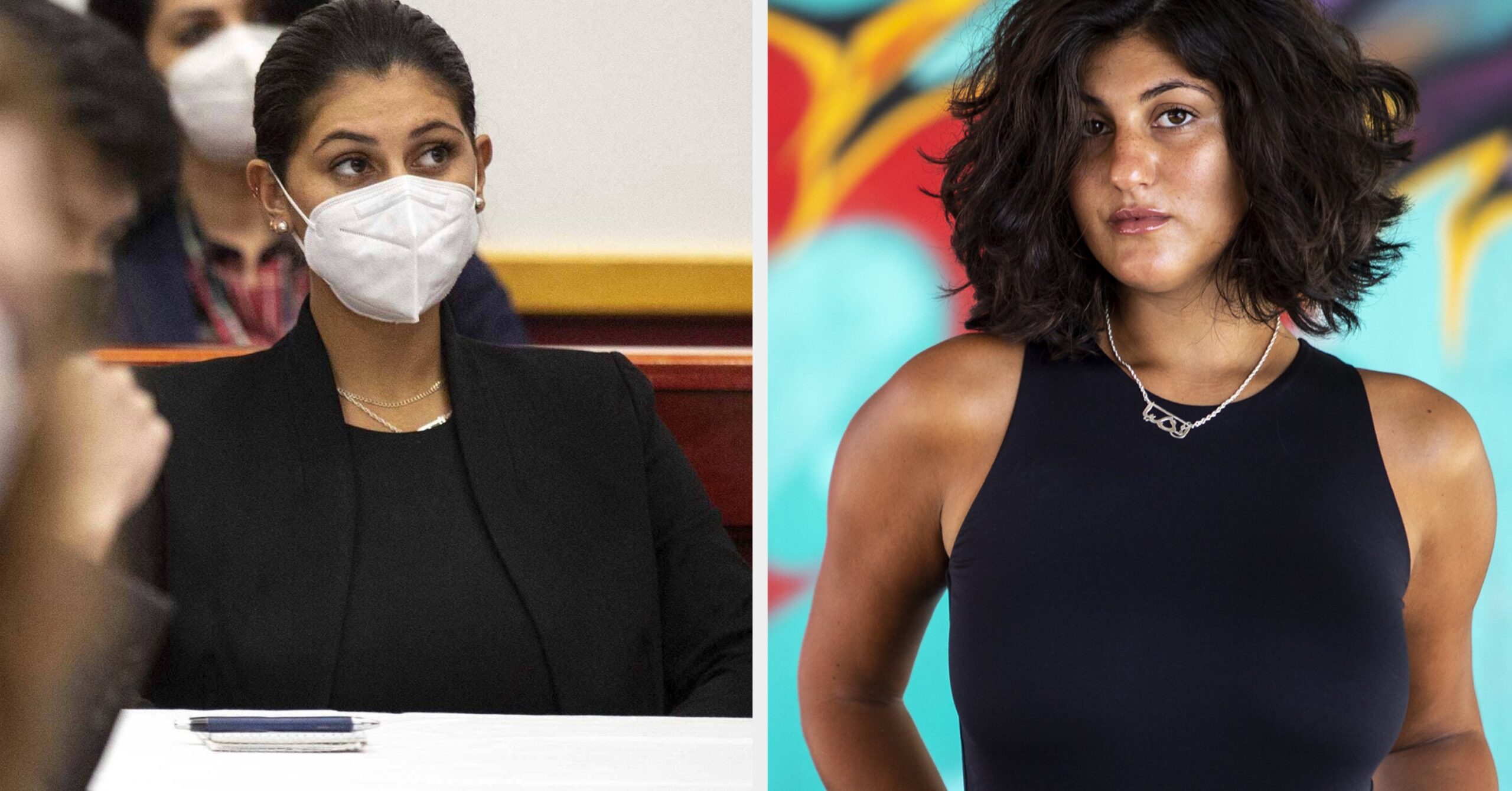 
A jury found an Iowa newspaper reporter not guilty of criminal charges over her coverage of Black Lives Matter protests last year in an unusual case that civil rights groups and advocates had widely condemned as an attack on press freedom.

Andrea Sahouri, a Des Moines Register journalist, was pepper-sprayed and arrested by police while covering a May 31 protest in Des Moines that erupted following the killing of George Floyd by Minneapolis police.

She and then-boyfriend Spenser Robnett, who accompanied her to the protest, both faced misdemeanor charges of failure to disperse and interference with official acts. The case went to a jury trial this week.

The jury found Sahouri and Robnett not guilty on all charges Wednesday.

“Acquitted,” Sahouri tweeted after the verdict was announced.

Sahouri had testified that she had repeatedly identified herself as a journalist to the police during the incident.

“I didn’t think it was a good idea to run from officers, I wasn’t doing anything wrong,” she said. “I put up my hands and said ‘I’m press, I’m press, I’m press,’ and he grabbed me and pepper-sprayed me, and as he was doing so said, ‘That’s not what I asked.'”

The arresting officer, Luke Wilson, told the court that when he was trying to arrest Sahouri, she tugged her arm away, and Robnett grabbed her other arm and tried to pull her away from Wilson.

“I charged her with interference for trying to pull away from my grasp, as I charged Mr. Robnett when he tried to interfere with my custody,” he said.

Robnett testified that he did not grab Sahouri to pull her away. Sahouri denied resisting arrest or pulling away from Wilson.

Defense attorneys questioned the absence of footage from Wilson’s body camera and emphasized that the prosecutors’ case relied only on his account of events.

Wilson, who said he usually works as a K-9 handler at the airport and does not use body cameras regularly, testified that he thought he had turned his camera on before exiting a police vehicle and did not realize that it was not activated.

The charges against Sahouri and the trial that ensued have been heavily criticized by journalists and international civil rights groups as an attack on press freedom in the US.

In a July letter cosigned by about 150 other groups, including NAACP chapters and news outlets, the Iowa Freedom of Information Council said “there was no legitimate reason” for county prosecutors to proceed with the criminal charges against Sahouri.

Her employer, the Des Moines Register, also published an editorial in late February demanding Polk County Attorney John Sarcone dismiss the charges, calling them “a clear infringement on the freedom of the press.”