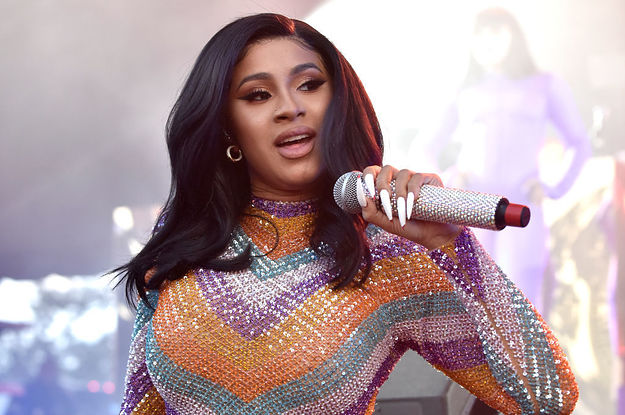 Cardi B is speaking out against E!. The network is set to air a “True Hollywood Story” episode about her life on March 15, even though the rapper says no one got permission from her first.

“I love E! And [I’ve] always been grateful for all the love, but I did not approve of the E! Hollywood story,” Cardi wrote on Twitter, “My life is my story. How can someone tell my story without asking me?”

“But, hey, maybe the story will be good. IDK 🤷🏽‍♀️ I mean I haven’t seen it. However, I would love to tell my story myself when I’m ready,” she continued. “[I’ve] been [through and I’ve] been influenced by a lot of bad shit since [I was] a teenager that when I’m ready, I will like to talk about.”

Cardi’s story will definitely be interesting. The Grammy winner worked as a stripper before she became the first female rapper to achieve a RIAA Diamond Award for her breakout song “Bodak Yellow.”

Not only that, but her other song “WAP” ft. Megan Thee Stallion has already been certified 5x platinum in the U.S.

Now, the only thing left for Cardi to do is to tell her life story when she’s ready and to continue breaking more glass ceilings.