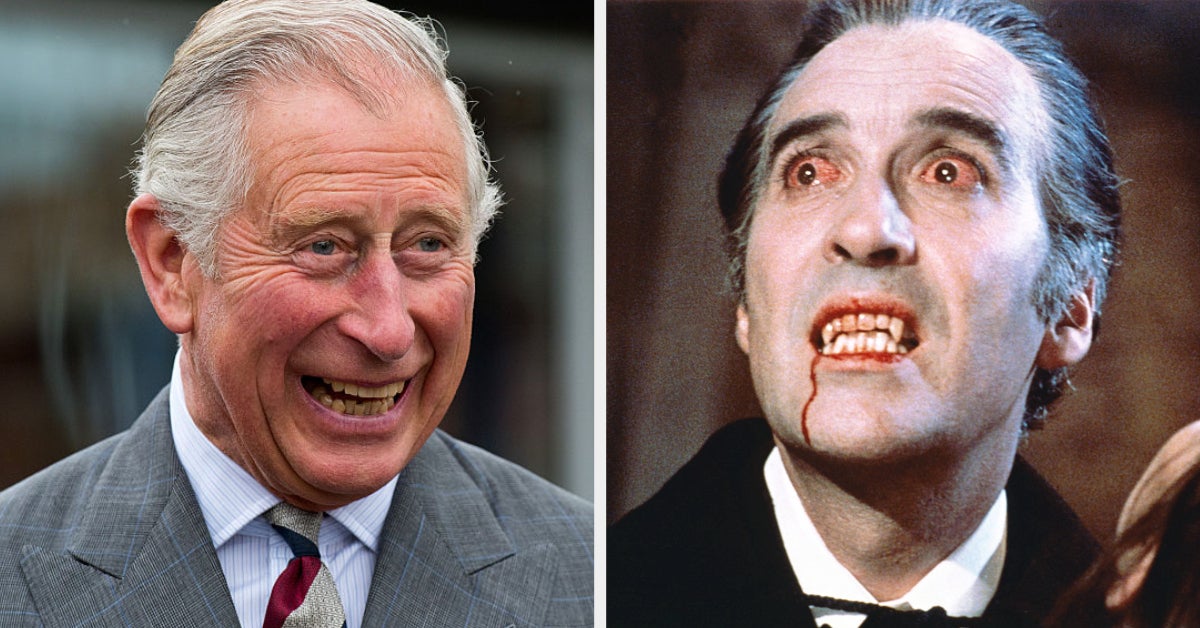 If you’re anything like me, you’re closely following the royal family these days. After binge-watching The Crown, I was totally glued to my TV during Oprah‘s tell-all interview with Meghan Markle and Prince Harry.

And there were a lot of troubling takeaways. From Meghan revealing that there were “concerns” over what Archie’s skin color would be to Harry’s thoughts on his mother, it was super eye-opening.

I thought I was basically an expert on the British monarchy by the end of the interview. So imagine my surprise today when I stumbled on an old post about Prince Charles. You know, the father of Prince Harry? The ex-husband of Princess Diana?? The future King of England???

Well, the article said that he was DESCENDED FROM DRACULA?!

Naturally, I had to put on my detective hat and do a little digging. So here’s what I learned:

According to NPR, Prince Charles said during a 2011 interview, “Transylvania is in my blood. The genealogy shows that I’m descended from Vlad the Impaler, you see.”

In case you need a quick history refresh: During the 1400s, Vlad III – commonly known as Vlad the Impaler or Vlad Dracula – was the Prince of Wallachia (modern day Romania). According to NBC, his dad adopted the last name of Dracul (meaning dragon), which meant Vlad’s last name became Dracula (son of the dragon). By all accounts, he was an EXTREMELY violent ruler.

The things we keep learning about the royal family…

What do you think about Prince Charles being descended from Vlad Dracula? LMK in the comments below!