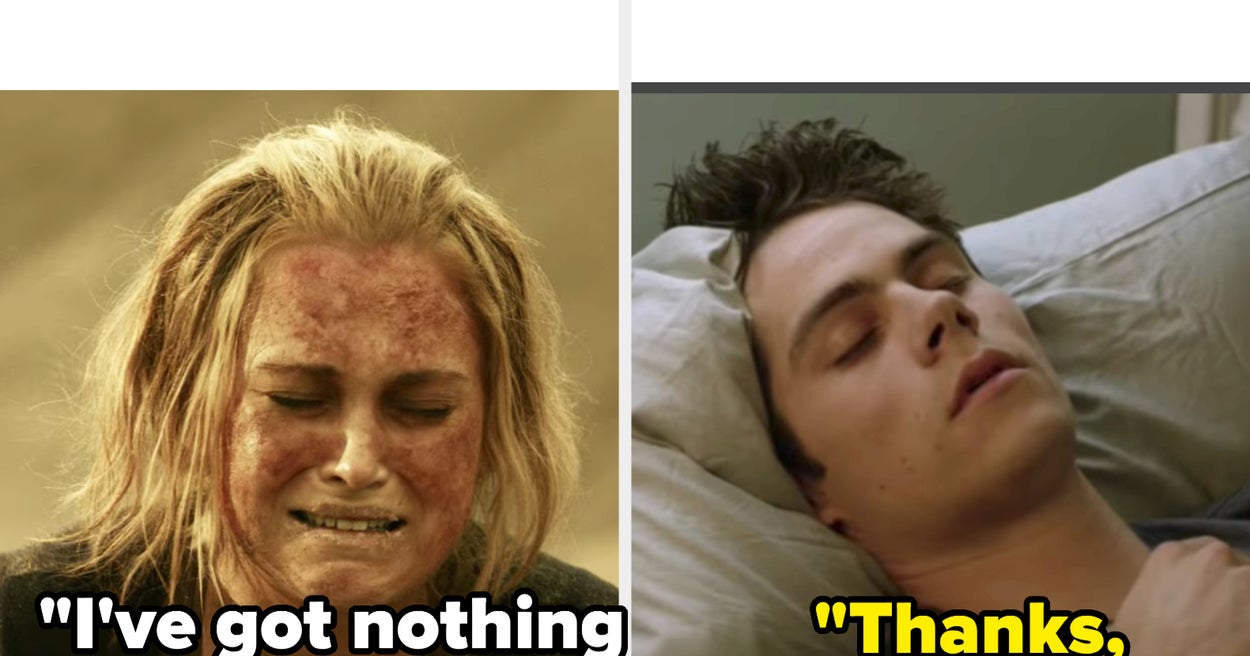 Recently we asked the BuzzFeed Community to tell us the underrated sad TV scenes they think should be talked about more. Here are some of the best!

On 9-1-1: Lone Star, when Grace connected an astronaut to his family so he could say goodbye as he died:

On Grey’s Anatomy, when Lexi broke down in the bathroom:

On Doctor Who, when the Tenth Doctor had to erase Donna’s memories:

On Sherlock, when Eurus forced Sherlock to try to get Molly to say she loved him:

On Merlin, when Arthur died in Merlin’s arms:

On Teen Wolf, when Stiles was in the hospital and Melissa tucked him in, and he called her “Mom”:

On M*A*S*H, when Radar told the others that Henry Blake’s plane had been shot down:

On The Umbrella Academy, when Klaus came back from the Vietnam War:

On Outlander, when Claire gives birth to Faith, but she’s stillborn:

On Buffy the Vampire Slayer, when Buffy reveals she was in heaven, not a hell dimension, when the Scoobies resurrected her:

In Pose, when Candy died and Pray Tell spoke at her funeral:

On Glee, when Burt, Kurt, and Carol went through Finn’s stuff after he died:

And when Santana broke down in the middle of singing “If I Die Young” in the same episode, screaming and running out of the room:

On How to Get Away With Murder, when Annalise lost her baby and blamed herself:

In The 100, when the show flashed back to Clarke breaking down in the sand:

On The Haunting of Hill House, when Nell’s ghost was in the funeral home, but no one could see her:

On A Million Little Things, when Rome and Regina find out they aren’t getting the baby:

On Once Upon a Time, when the Mad Hatter talked about his daughter:

On One Tree Hill, when Julian was trying to save Brooke after the car crash, and she begged him to save Jamie first:

On The Flash, when Barry tried to hold his daughter:

On Sherlock, when Mrs. Hudson talked about how her maid of honor left her wedding early, and then in that same episode, when Sherlock left John’s wedding early:

On Gossip Girl, when Blair had a miscarriage after the car crash:

On Scrubs, when Dr. Cox realized that Ben was dead:

On Orange Is the New Black, when Tiffany died not knowing that she’d passed her GED:

On ER, when Mark died and then was shown walking around the empty hospital while “Somewhere Over the Rainbow” played:

And finally, on Supernatural, when Ellen stayed behind to die with Jo:

Got any more that didn’t make the list? Let us know in the comments below!