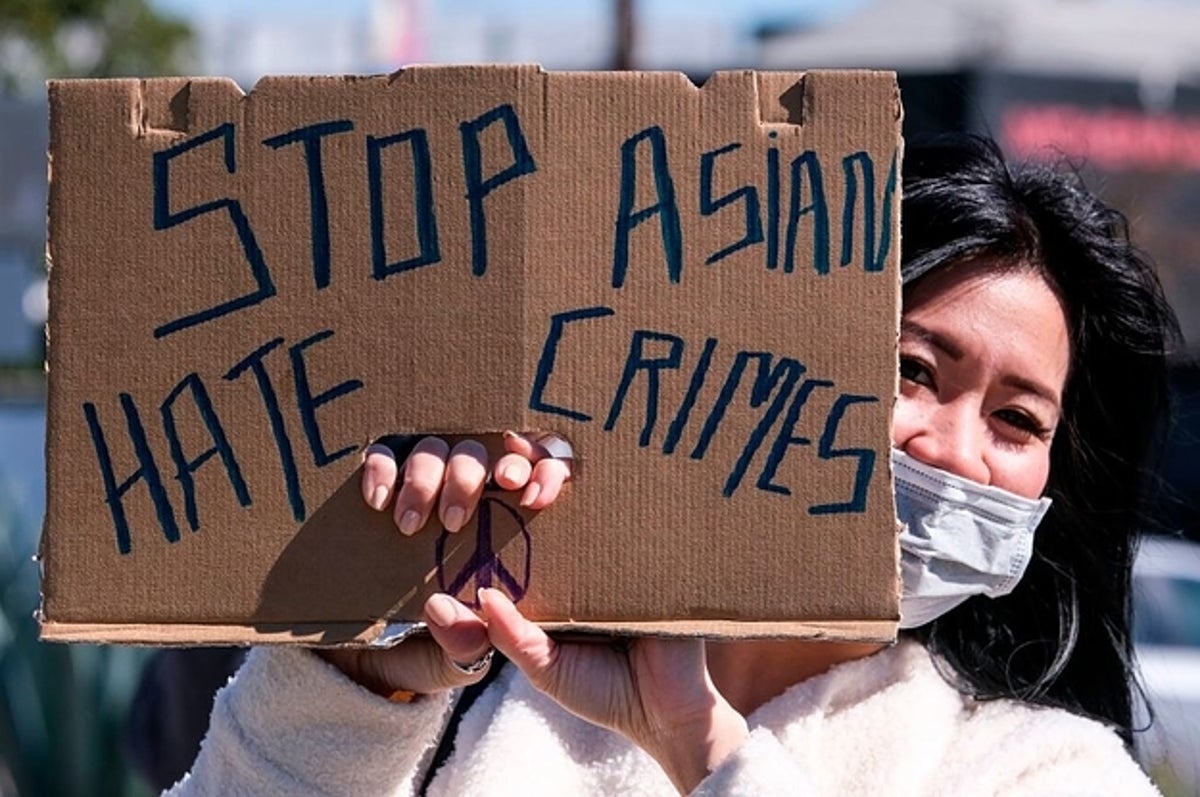 
Throughout the past year, Asian Americans have had to survive more than just a deadly pandemic: They’ve also faced a rise in verbal and physical attacks as a result of racist scapegoating over COVID-19.

A new report by the organization Stop AAPI Hate shows there have been at least 3,795 reported hate incidents targeting Asian Americans in just the past year alone, from March 19, 2020, to Feb. 28.

Though the report does not include numbers from previous years for comparison, other data has shown an extreme uptick in these attacks. Though overall hate crimes decreased by 7% in 16 major US cities in 2020, anti-Asian hate crimes increased 149%, first spiking in March and April when COVID-19 began its spread, according to California State University’s Center for the Study of Hate and Extremism.

Of the incidents documented by Stop AAPI, 68% involved verbal harassment, and 11% involved physical assault. Shunning, defined as the “deliberate avoidance of Asian Americans” made up 20% of reports. Civil rights violations, such as discrimination in the workplace or being refused service by a business, comprised 8.5% of reports, with another 6.8% being for online harassment.

Women reported attacks at more than twice the rate of men, and Chinese Americans comprised over 42% of the victims.

Because the report analyzed solely self-reported attacks, the actual numbers are likely even higher.

Racism against Asian Americans has exploded in the past year, at both the individual level and in the country’s highest offices. Throughout the pandemic, Donald Trump repeatedly pushed blame for COVID-19 onto China, calling it the “China Virus” and “Kung Flu.” He continued to do so, and denied it was racist, even after a reporter questioned him on the increase in attacks on Chinese Americans.

The new report was published just weeks after a San Francisco man was arrested on assault charges for allegedly pushing three Asian Americans to the ground, including one who was 91. One of the others he attacked, a 55-year-old woman, was knocked out.

These assaults were just three of many that have been recently reported across the US. In January, 84-year-old Thai immigrant Vicha Ratanapakdee died of a brain hemorrhage after a random attacker slammed him to the ground in San Francisco. Throughout the pandemic, Asian Americans have been chemically burned, mocked and robbed on video and kicked in the face. In at least two other instances, including one of a family of three, the attackers have allegedly tried to murder the victims.

The racism Asian Americans are facing now is keenly reminiscent of the “yellow peril” stereotype that first swept the US in the 1850s, Russell Jeung, co-founder of Stop AAPI Hate and a professor of Asian American Studies at San Francisco State University, told BuzzFeed News.

“It’s the fear that Asians would come and overcome the West with their hordes [of] racialized, diseased bodies, and takeover — dominate,” Jeung said. “In the 19th century, that fear was stoked with the diseases of small pox, cholera, and leprosy, and [there was] the fear of Chinese taking away white workers’ jobs, so they passed the Chinese Exclusion Act.“

A century and a half ago, this stereotype was just as dangerous to Asian Americans as it is now, he added. “My great-grandparents home in Monterey, they had a village of 200 people, and they were burned down and burned out and had to move to San Francisco’s Chinatown to avoid the racism.”

It’s part of a pattern across US history, he said.

“We had Japanese American incarceration during World War II, [and] we had Islamophobia after 9/11,” Jeung said. “Time and time again, we’re seen as outsiders to be excluded, incarcerated, deported.”

“They are forced to live in fear for their lives just walking down streets in America,” he said. “It’s wrong, it’s un-American, and it must stop.”

Jeung said he was glad to see Biden speaking out on the attacks, and he hopes to see the president’s words translated into concrete actions, such as expanding ethnic studies education and civil rights protections.

The Stop AAPI Hate report includes details of some of the victims’ stories, which include being harassed in public, coughed or spat on, called slurs, and several incidents in which people were told to “go back” to China.

“A white man catcalled me, then aggressively followed me down the block, and got
inches from my face and yelled ‘Ch*nk!’ and ‘C*nt!’ after realizing I was Asian,” one person from Brooklyn reported. “Lots of neighbors were standing outside their homes and no one intervened.”

“My boyfriend and I were riding the metro into DC,” another person, from Annandale, Virginia, said. “When on the escalator in the transfer station, a man repeatedly punched my back and pushed past us. At the top, he circled back toward us, followed us, repeatedly shouted ‘Chinese b**ch’ at me, fake coughed
at, and physically threatened us.”

In some cases, the victims reported being conspicuously shunned or avoided.