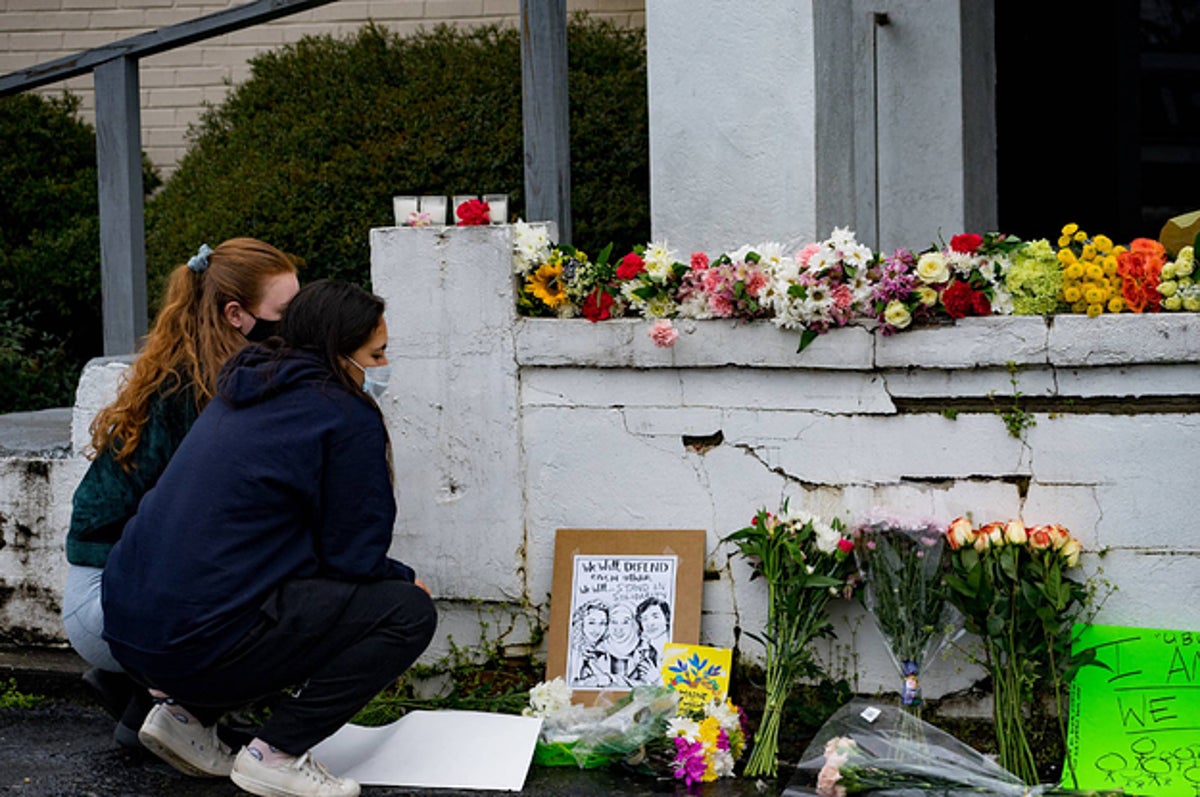 
A mother of two who went to get a massage after working all day at a Waffle House was one of the eight people killed by a shooter who attacked three Atlanta-area spas on Tuesday — just one story to emerge as more about the victims becomes known.

Officials identified the three other people who were killed alongside 33-year-old Delaina Ashley Yaun at Young’s Asian Massage in Acworth as Xiaojie Tan, 49, Daoyou Feng, 44, and Paul Andre Michels, 54.

The other four victims, all of whom are Asian women, were shot and killed at two Atlanta spas across the street from each other. Officials have not identified them publicly, but a spokesperson with the Consulate General of the Republic of Korea in Atlanta told BuzzFeed News that four of the victims are of Korean descent.

Police say they have not yet determined if the shootings were racially motivated, even though the suspect told investigators he targeted the businesses — which are marketed as Asian or international spas that promote their female and Asian employees — because he viewed them as outlets for his sex addiction.

But many have pointed to the hypersexualization of and racism against Asian women in the suspect’s decision to target the spas, and have criticized law enforcement’s hesitancy to call the shootings racially motivated.

Red Canary Song, a grassroots collective of Asian sex workers, released a statement on Thursday about the shootings and called for rights and protections for spa workers.

“We see the effort to invisibilize these women’s gender, labor, class, and immigration status as a refusal to reckon with the legacy of United States imperialism, and as a desire to collapse the identities of migrant Asian women, sex workers, massage workers, and trafficking survivors,” it reads.

“The women who were killed faced specific racialized gendered violence for being Asian women and massage workers,” the statement continues. “Whether or not they were actually sex workers or self-identified under that label, we know that as massage workers, they were subjected to sexualized violence stemming from the hatred of sex workers, Asian women, working class people, and immigrants.”

BuzzFeed News is still working to learn more about the people who were killed in the shootings, including Feng and Tan, who was the registered owner of Young’s Asian Massage.

For years, Yaun worked at the Waffle House just a few stores down from Tan’s massage spa while raising her two children, 13-year-old Mayson and 8-month-old Mia.

“She strived to be a great, great person, and she was,” said John Beck, Yaun’s manager of three years who became close friends with the family.

He described how Yaun would feed people who were homeless when they came into the Waffle House. She’d also bring them home to offer showers and clean clothes.

“You don’t find people like that,” Beck told BuzzFeed News. “Her heart was so big. She loved people and she loved her children, she was a very, very special person to me.”

Beck said Yaun had headed out to get a massage at Young’s Asian Massage with her husband, Mario, after work when the shooting took place. The pair had married in 2020, a second chance for Yaun after an earlier difficult relationship.

“She got pregnant out of nowhere, got married, blessing after blessing, she was so happy,” Beck said. “She had so much more life to live.”

“I had every intention to see her this week, I can’t even say goodbye to my friend,” he added.

Cristy Lynn McGouirk, who is listed as Yaun’s cousin on Facebook, posted a tribute on Tuesday evening.

“Your heart of gold, kindness and pure love will never be forgotten,” McGourik wrote. “Your legacy lives on, you have touched so many peoples lives, you were one of the most dedicated women I have ever known. Strong willed, love and dedication, is what you were made of.”

Fred Michels told BuzzFeed News that his family is in shock over his brother Paul’s death.

Fred, who lives in Michigan, said he did not know why his brother was in the Acworth area at the time. The two kept in touch, but not that often. His brother was married, he added.

Another brother, John Michels, told the Daily Beast that Paul, an Army veteran, was exploring getting into the massage business himself.

If you have additional information about any of the victims, please contact BuzzFeed News here.