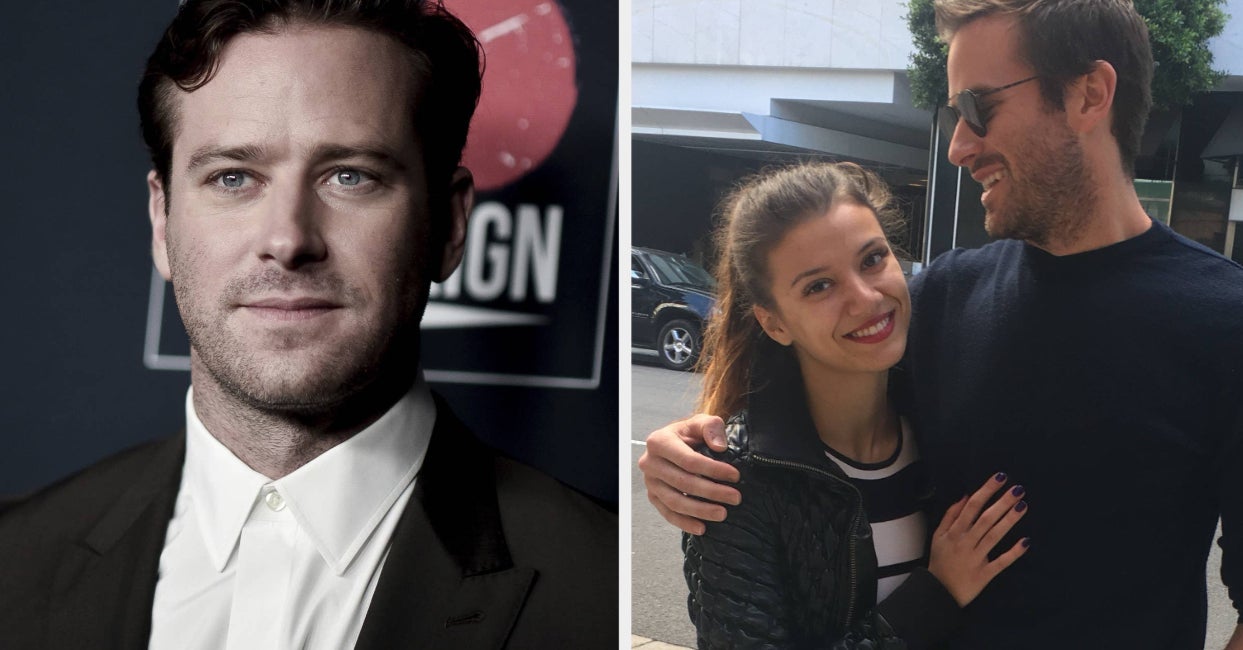 
Los Angeles police on Thursday said they are investigating allegations that Armie Hammer raped and abused a woman nearly four years ago.

“I thought that he was going to kill me,” the woman, identified only as Effie, said during a virtual press conference with her attorney Gloria Allred on Thursday.

Los Angeles Police Officer J Chaves confirmed to BuzzFeed News that Hammer is the suspect in a sexual assault investigation the department initiated on Feb. 3. Chaves said no other information about the case was being released at this time.

News of the investigation and allegations come months after an anonymous Instagram account posted screenshots of direct messages allegedly sent by the Call Me By Your Name actor, after which Hammer exited multiple projects and his agency WME dropped him.

Hammer has denied all allegations of sexual misconduct.

Effie, 24, said she “instantly” fell in love with Hammer after meeting him on Facebook in 2016 when she was 20 years old.

Effie described her relationship with Hammer as one that “progressed rapidly” and involved “really intense” emotions.

“Looking back, it is now clear to me he was employing manipulation tactics
in order to exert control over me, until I started to lose myself,” she said. “He would often test my devotion to him, slyly removing and crossing my boundaries, as he became increasingly more violent.”

On April 24, 2017, Hammer allegedly raped her for over four hours, slamming her head into a wall so much that she said he bruised her face. Effie said she tried to escape during the alleged assault but he wouldn’t let her leave.

“I was completely in shock and couldn’t believe someone I loved did that to
me,” she said. “I tried so hard to justify his actions, even to the point of responding to him in a way that did not reflect my true feelings.”

In the years since, Effie said she has feared Hammer, even as she “tried to dismiss his actions towards me as a twisted form of love.” At times, she said had suicidal thoughts.

“I just wanted the pain to stop,” she said.

Andrew Brettler, an attorney for Hammer, denied Effie’s allegations, saying in a statement that all of the actor’s sexual encounters have been “completely consensual, discussed and agreed upon in advance and mutually participatory.”

Along with his statement, Brettler shared a screenshot of a text message he said Effie sent to Hammer in July 2020 that according to the Los Angeles Times expressed graphic sexual requests.

“It was never Mr. Hammer’s intention to embarrass or expose [Effie’s] fetishes or kinky sexual desires,” Brettler said. “But she has now escalated this matter to another level by hiring a civil lawyer to host a public press conference.”

In a statement to BuzzFeed News, Allred said she challenged Hammer “to present all, not some, of his communications with Effie” to police, and to answer law enforcement’s questions directly “rather than through his lawyers.”

At the press conference. Allred said “there are photos of some of her visible injuries,” and that they are providing all the evidence they have to law enforcement.

The National Suicide Prevention Lifeline is 1-800-273-8255. Other international suicide helplines can be found at befrienders.org. You can also text TALK to 741741 for free, anonymous, 24/7 crisis support in the US from the Crisis Text Line.