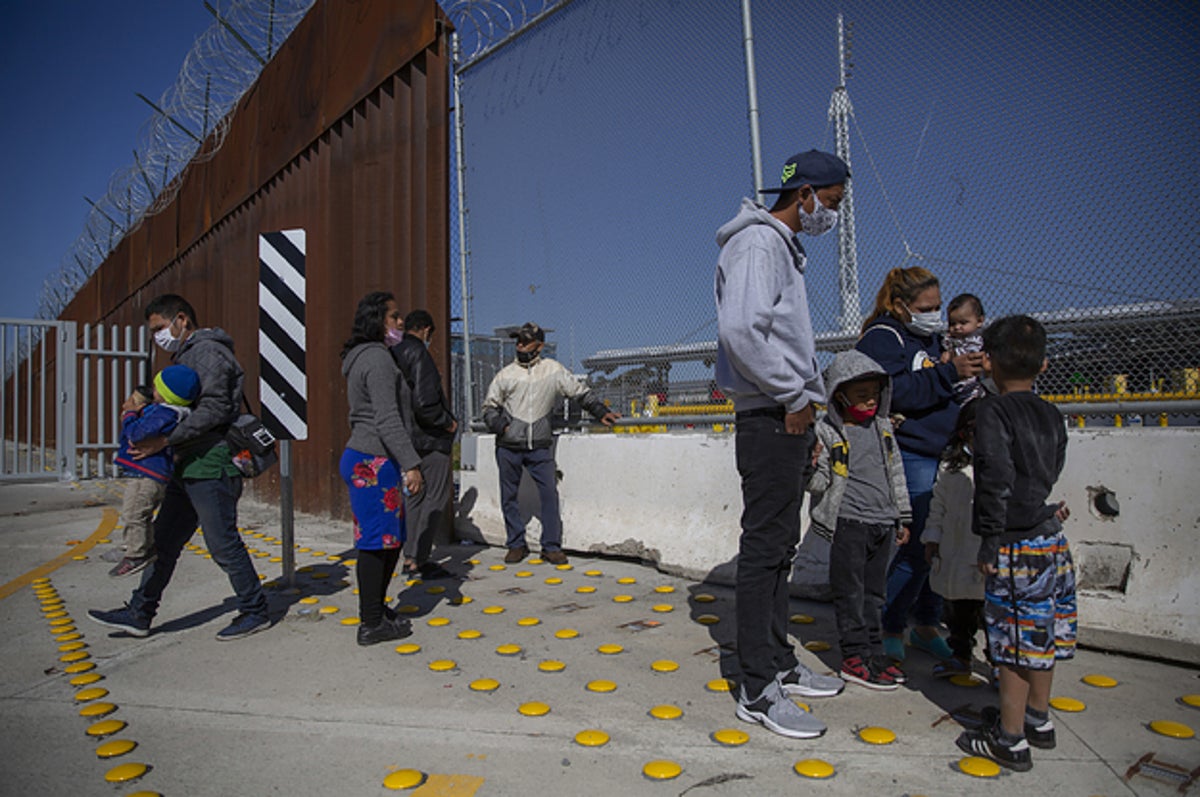 
US border officials held more than 5,000 unaccompanied immigrant children in their custody at the end of this week, according to government data reviewed by BuzzFeed News, the latest sign that the number of children arriving at the border is continuing to rise.

The Biden administration has struggled to quickly transfer children out of US Customs and Border Protection (CBP) custody and into shelters and centers operated by the Health and Human Services Department (HHS).

Many of the children have been in CBP stations and facilities for longer than 72 hours, which is the government mandated limit for children in custody. In the past several weeks, administration officials have scrambled to increase shelter capacity as an effort to cut the overcrowding in border patrol custody.

Earlier this week, HHS opened an emergency intake site specifically for minors at the Kay Bailey Hutchison Convention Center. The new center aims to place children in a setting more designed to their needs, according to government officials. The decision came just a few days after the agency opened up a separate emergency site in Midland, Texas.

On Friday, a bipartisan group of US senators visited border facilities along with Department of Homeland Security Secretary Alejandro Mayorkas.

“Just met with four teenagers who made the long journey to America – one all the way from Chile; another fleeing a violent home – to seek a better life. They looked exhausted, hopeful. Remember, each “unaccompanied minor” is a human being with a story,” tweeted Democratic Senator Chris Murphy.

“Just left the border processing facility. 100s of kids packed into big open rooms. In a corner, I fought back tears as a 13 yr old girl sobbbed uncontrollably explaining thru a translator how terrified she was, having been separated from her grandmother and without her parents,” he later added.

US officials have been unable to keep up with the increase in unaccompanied children at the border as they attempt to discharge them to shelters and facilities run by HHS, which are also strapped for beds. The border situation has become the latest challenge to President Joe Biden’s efforts to undo immigration policies set by his predecessor.

While the administration continues to turn back most immigrants at the southern border under Title 42, a Trump-era order that cited the threat of coronavirus spread, unaccompanied children have been the exception.

“We are on pace to encounter more individuals on the southwest border than we have in the last 20 years. We are expelling most single adults and families. We are not expelling unaccompanied children,” Department of Homeland Security Secretary Alejandro Mayorkas said in a statement on Tuesday.

He added that they were encountering many children at the border, including “six- and seven-year-old children, for example, arriving at our border without an adult.”

Unaccompanied children from Central America who are picked up by Border Patrol agents are typically sent to the Office of Refugee Resettlement, where they are housed in shelters across the country as they begin officially applying for asylum and wait to be reunited with family members in the US.