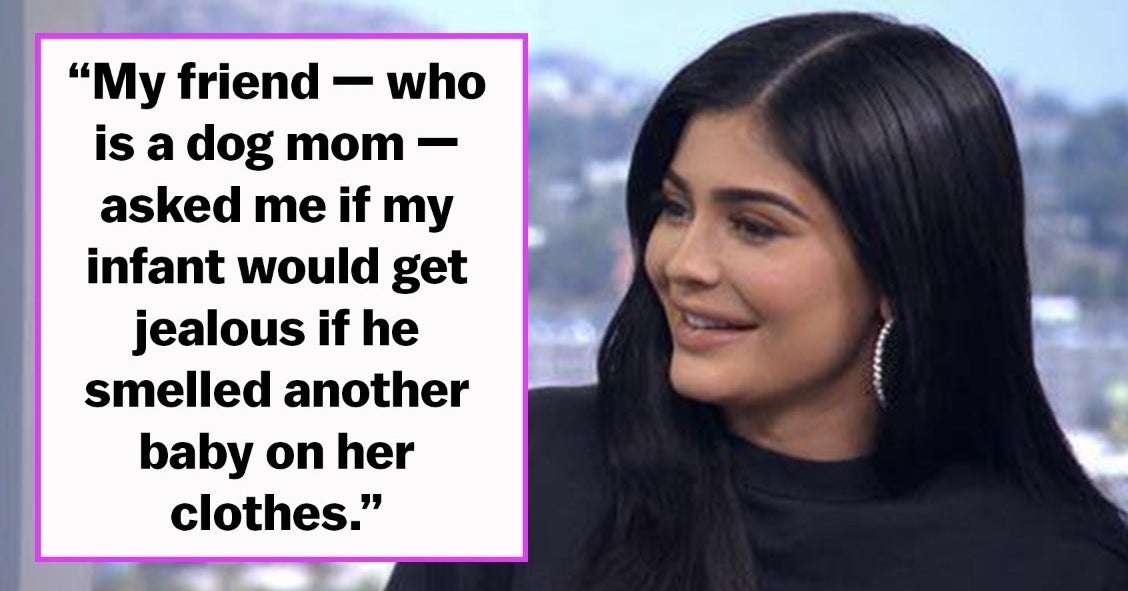 We recently shared a Reddit thread in which parents shared the funniest things child-free people have said to them, and it was seriously funny:

Well, parents in the comments section chimed in with some of the funniest things people have said to them — sometimes even including the funny things they said before they had kids — and they are totally giggle-worthy, too:

“When our son was six weeks old, we went out to eat for the first time, and the host asked — very seriously — if we needed a kids’ menu.”

“One of my friends — who is a very attentive dog mom — asked me if my infant would get jealous if he smelled another baby on her clothes.”

“My husband’s friend was surprised that our newborn daughter’s eyes were open. He thought babies were like puppies, and that their eyes don’t open right away.”

“My cousin smirked when I turned up to babysit her 2-year-old and 6-year-old with two books. She asked if I thought I would have time to read those books, and I told her I’d read them while the kids sleep. She just smiled…”

“My friend’s sister told us, ‘When I have a kid, I’ll just explain to them that I need ‘Mommy time,’ and they’ll know to leave me alone for at least an hour.”

“I had my son on a Friday, and my husband asked if I planned to go back to work on Monday. I laughed and laughed.”

“My husband told me he could take our infant son with him on a motorcycle because he was positive they made booster seats for them. 11 years later, he still hasn’t lived that down!”

“I laugh when people equate having pets to having kids. I fully believe pets are family members, but I had a pet mom argue with me that it was the same amount of work and responsibility. She said, ‘I had to house train her, I take her to the vet when she’s sick — what’s the difference?'”

“Once, my friend’s 1-year-old wanted some of my Fiji water, so I just handed it to him — he got an unexpected bath on the couch.”

“I’m a stay-at-home mom, and my friend once asked me, ‘Don’t you get so bored with nothing to do?'”

“We took our 8-week-old to dinner with my husband’s extended family, and his aunt was very flustered over the fact that no one offered the baby a piece of cake!”

“I’m a nanny for a 2-year-old of a mom who works from home, and her child needs constant supervision and entertainment. Well, once, a friend of the mom’s dropped by to have lunch, and she asked the mom why she hired a nanny, ‘if you’re home the whole time anyways.'”

“The mom and I laughed our asses off, and then we explained that you cannot have all-day conference calls with a 2-year-old running around wreaking havoc on everything in sight.”

“I was told ‘all infants do is sleep.’ Well, after having my daughter and being awake 2 months straight, I now know this is not accurate.”

“Once, a total stranger tried to rub my pregnant belly, so I blocked her and whispered, ‘Shhh, she’s sleeping.’ She backed up and whispered back, ‘Oh, sorry.'”

“When my oldest was 4 months old, a friend who didn’t have kids invited us and another couple with a baby the same age to their house for lunch. She called me the day before and said, ‘I wasn’t sure if the kids would eat salad, so I’m going to make them chicken nuggets.’ It was adorably innocent, and still makes me chuckle nine years later.”

“Our baby was a week or two old, and my husband said he was concerned that she wasn’t crawling yet.”

“When I was pregnant, I told my coworkers I was going to paint my deck during my maternity leave. They laughed, and I didn’t know what was so funny. Fourteen years later, I know. Oh, I KNOW.”