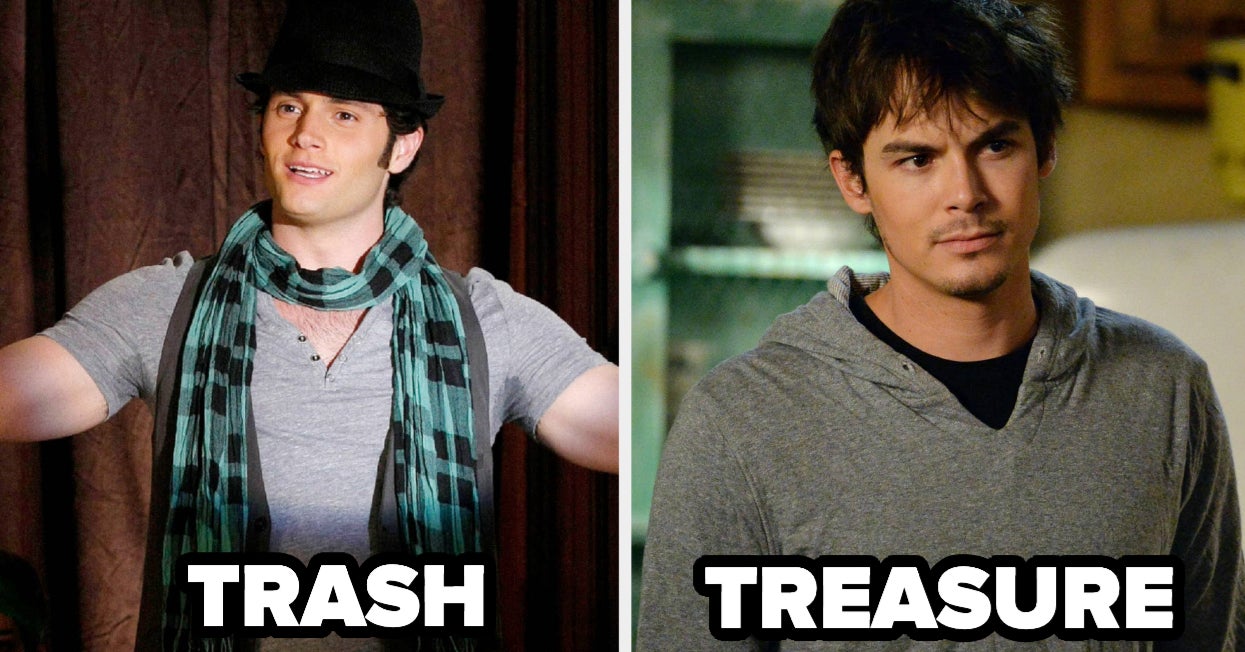 Hello! If you don’t know me, I am Hannah, the sorting hat of fictional men.

I am back today to sort teen drama men because I have a LOT of opinions! Without further ado, here we go!

First up, we have Lucas Scott from One Tree Hill. He is immediately sorted into TRASH.

Next up? Stiles from Teen Wolf! This man is an absolute TREASURE.

Riley from Buffy the Vampire Slayer may be, like…organic trash (compost?), but he’s still TRASH.

This one was hard, but I’m going to have to label Damon Salvatore from The Vampire Diaries TREASURE.

Next is Liam from 90210. Sorry Liam, my foolproof ratings system has definitively labeled you TRASH.

Chuck Bass from Gossip Girl is basically the definition of TRASH.

Caleb from Pretty Little Liars was by far the biggest TREASURE on the show.

Dan Humphrey from Gossip Girl seemed like a treasure at first, but really he is made of mushy, smelly TRASH.

Mike Chang from Glee was an overlooked TREASURE.

Clay from 13 Reasons Why was yet another example of a character that first appeared to be a treasure, but really was just a bag of TRASH.

Nathan Scott from One Tree Hill is 100% pure TREASURE.

Archie from Riverdale, on the other hand? TRASH.

But Reggie from Riverdale…*fans self.* A TREASURE.

Matty from Awkward had so much wasted potential. Sorry, dude, you’re TRASH.

Thomas from Skins was yet another overlooked TREASURE.

Ryan from The O.C. was the OG TREASURE.

And finally, Tyler from The Vampire Diaries…Sorry, man. You are TRASH.