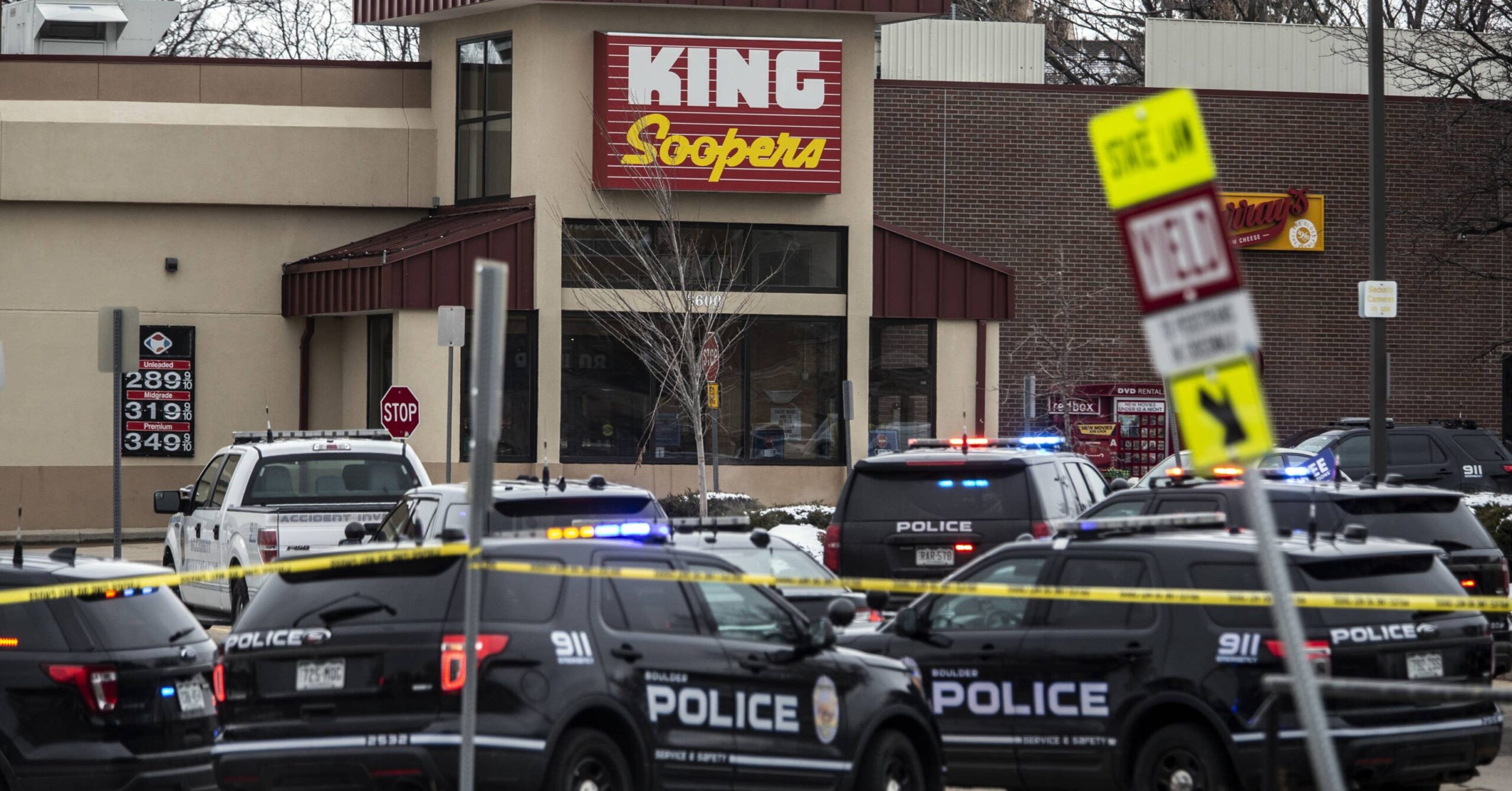 
Officials in Boulder, Colorado have charged a 21-year-old man with 10 counts of murder in the shooting at King Soopers grocery store that killed 10 people on Monday.

The suspect, identified as Ahmad Alissa of Arvada, a city 30 minutes from Boulder, is currently being held in a hospital undergoing treatment for a leg wound that he sustained during a shootout with police, Boulder District Attorney Michael Dougherty said during a press conference on Tuesday.

Officials said they have not determined a possible motive.

Police began receiving calls at 2:30 p.m. on Monday about shots being fired at King Soopers, as well as one call about a man “with some type of patrol rifle,” Herold said.

An hours-long response by law enforcement ensued, and livestreams at the scene showed the store with broken windows and police in tactical gear trying to enter the store.

Video also captured what appeared to be the suspect, who was shirtless, being led out by police in handcuffs.

Officials identified the victims early on Tuesday, and by 4 a.m. had notified their families.

Talley, the officer who was the first victim identified, was one of the first police officers to enter the store. He had seven children.

City and federal officials hailed him as a hero during the press conference.

“He was a very kind man and he didn’t have to go into policing. He had a profession before this. But he felt a higher calling and he loved this community,” Herold said.

Dougherty, the district attorney, vowed that officials will “give their very all” to the investigation, but cautioned that it was still in the early stages.

“It has been a devastating 24 hours for Boulder, and for the state,” Congressman Joe Neguse said. “Coloradans went to their local King Soopers to pick up groceries. To buy eggs. Some of them to get a COVID vaccine. In a mere instant, our community was upturned by a senseless act of violence.”