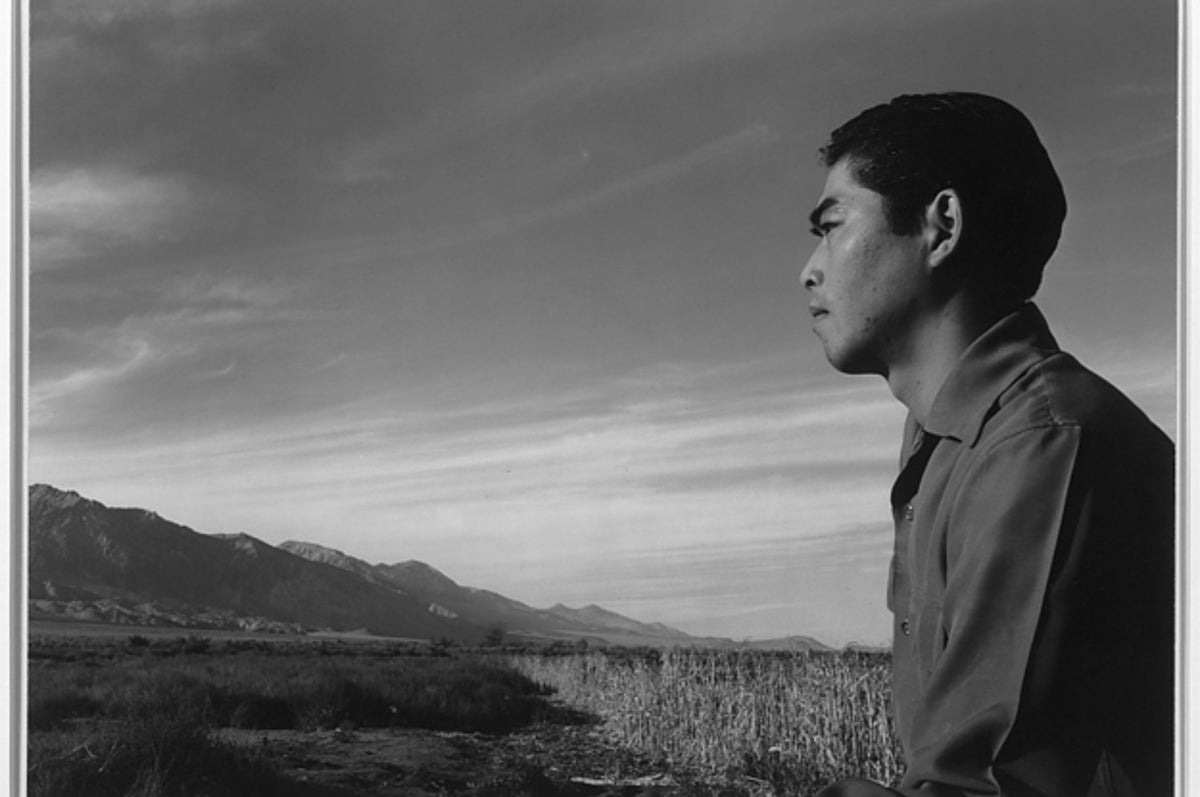 At a time when the Asian American community is facing an increase in hate crimes, it’s crucial to confront the long legacy of racism within the United States. One of the most glaring examples would be the incarceration of Japanese Americans by the federal government, which began after the Pearl Harbor attack and continued throughout World War II.

Tōyō Miyatake was a photographer who was incarcerated at the Manzanar War Relocation Center in California in 1942, one of 10 detention camps. He had purchased his own photography studio in 1923 in the Little Tokyo section of Los Angeles. Back then, still life art photography was his first love, according to his grandson Alan Miyatake, who maintains his grandfather’s photography studio today.

At the time of the incarceration, Tōyō Miyatake decided that as a photographer, it was his duty to document what was happening to his community. He smuggled a lens and a film holder into the camp, and he built a camera himself. “At some point in that first year, he showed his son Archie (my dad) the camera and told his son that it was his duty to document this in the hopes that it will never happen again,” Alan said.

“In the family’s early days at the camp, he was photographing scenes around the camp only at sunset and sunrise, so he wouldn’t be seen,” Alan said. Other photographers working for the US government and the Works Progress Administration came to the camp as well — most notably the nature photographer Ansel Adams and photographer Dorothea Lange. Both photographed Manzanar as a part of their work documenting America for the WPA. Miyatake and Adams had been friends in the photography world before Miyatake was incarcerated. According to Alan, the men who ran the detention camp were big fans of Adams’ work for the Sierra Club, and through Miyatake’s connection with Adams, he was eventually appointed the official photographer at Manzanar.

We’ve collected a series of images below that chart the experience of Japanese Americans during that period. For more photography stories like this, and a full interview with Alan Miyatake about his grandfather’s life and legacy at Manzanar, sign up for our newsletter below.