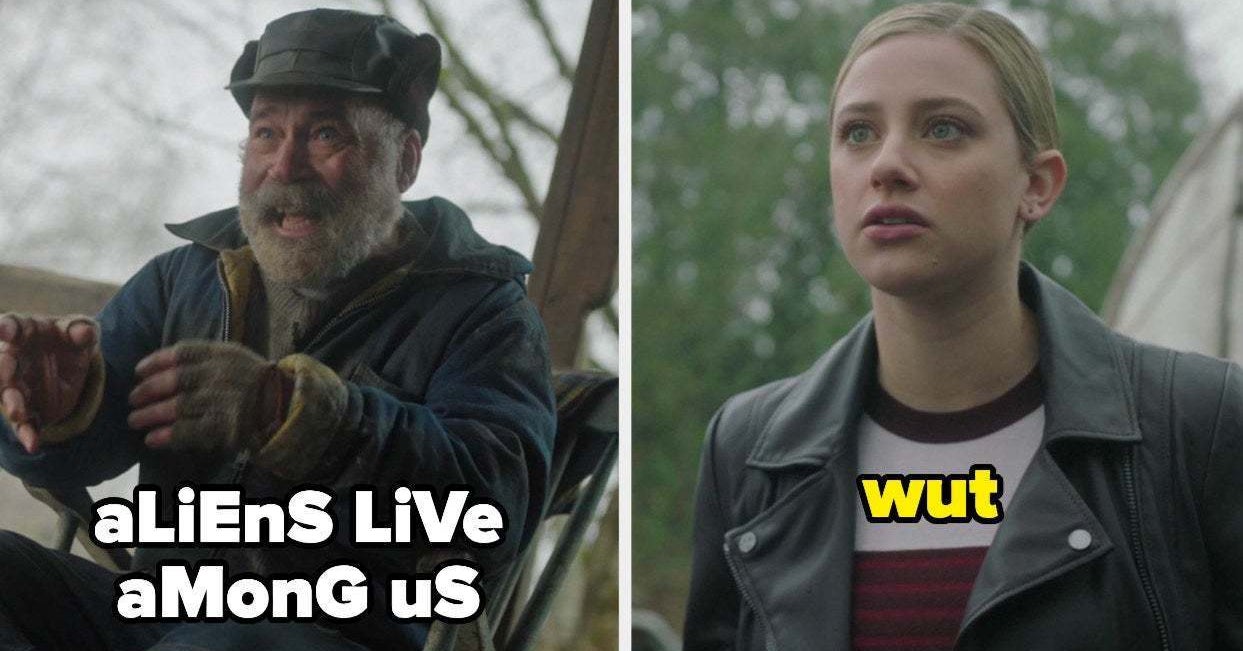 Gotta be honest here, I think this week was an ~epic low~ of high school football that Archie was talking about. Like, 99% of this episode is about the Bulldogs being a crappy football team, and all of the adults in this town care way too damn much about that. Get some better hobbies, people!

So Veronica does what she does best and offers up $10k to the first person on the team to score.

But money isn’t the only thing that can save this town! Apparently pancakes can, too! Veronica convinces Tabitha to have Pop’s officially sponsor the Bulldogs, which means throwing a pancake breakfast. Luckily, they know someone with a ~thriving~ maple syrup business:

This a tangent, but I would really like to own a Pop’s bobblehead. Please let me know if you hear of any leads:

In much sadder news, Alice is really suffering with Polly missing. Things aren’t looking great: Betty gets a call from Glen that the blood on the phone booth was a match for Polly’s blood.

Meanwhile, Jughead, who started the time jump fleeing debt collectors, now has the financial means to have a full alien surveillance system set up in some undisclosed place with massive windows?

Turns out Jughead’s student LERMAN LOGAN wrote a story about the mothmen.

One of the funniest things on this show at the moment is that Principal Weatherbee still wears just one glove because of the time the organ-harvesting cult leader suspected him of being a mole and cut off his finger before he tried to launch his rocket and drive a bus full of farmies off a cliff. I JUST THINK THAT IS FUNNY.

On a serious note, Kevin and Tom Keller had an emotional conversation and Casey Cott’s performance here was wonderful — their relationship has always been a high point of this show.

Also on a serious note, Lili’s acting this week was also great, and this scene where Betty went to Cheryl for advice about whether or not to tell Alice what she found out about Polly was a truly sweet moment.

Bad news! Archie’s star player has transferred because he wants to be on a football team that actually scores points. So, of course, Archie and Veronica have no choice but to IMMEDIATELY HAVE SEX.

Bughead teamed up again briefly this week, and what goes better with bughead than mothmen, amirite?

Betty also goes Dark Betty, and decides to take matters into her own hands to stop the creepy truckers in Riverdale from abducting girls.

In a huge plot twist, Veronica proves she knows someone else from NYC other than Katy Keene — a football player named T Dub from the “New York Goliaths” who has nothing better to do than to inspire a genuinely bad football team!

Reginald has seemingly found his conscience this week and switches his allegiances back to the Bulldogs after calling a bunch of kids “losers” at Pop’s. He had no problem with the ~arson~, but draws the line at breaking high schoolers legs. Hmm…

Not going to question how this Pop’s food truck was up and ready to go but I’m obsessed with it and I want one to go with my Pop’s bobblehead:

Cheryl performed a musical number — “Stupid Love” by Lady Gaga — because of COURSE she did:

I’m sorry, but something about football coach Archie is endlessly funny to me.

Also just completely wild that the big climactic “win” here — and the main story line of this episode — is literally just a team scoring ONE TIME in a game where they were losing 52-0!!!

I’m not a soulless monster though, I’m very happy for Britta! The kids on this team deserve the world, it’s just the adults who need to calm the heck down.

Finally, Freaking Glen shows up and tells Alice the truth, and acts extremely sketchy and weird and says he’s now completely taking over the case. I don’t like it! Feels like Charles 2.0 to me…

Alright, time for theories, questions, comments, and concerns before next week’s mid-season finale! That’s right, next week is the last episode until the summer. Fingers crossed that this town is finally rid of Hiram once and for all.