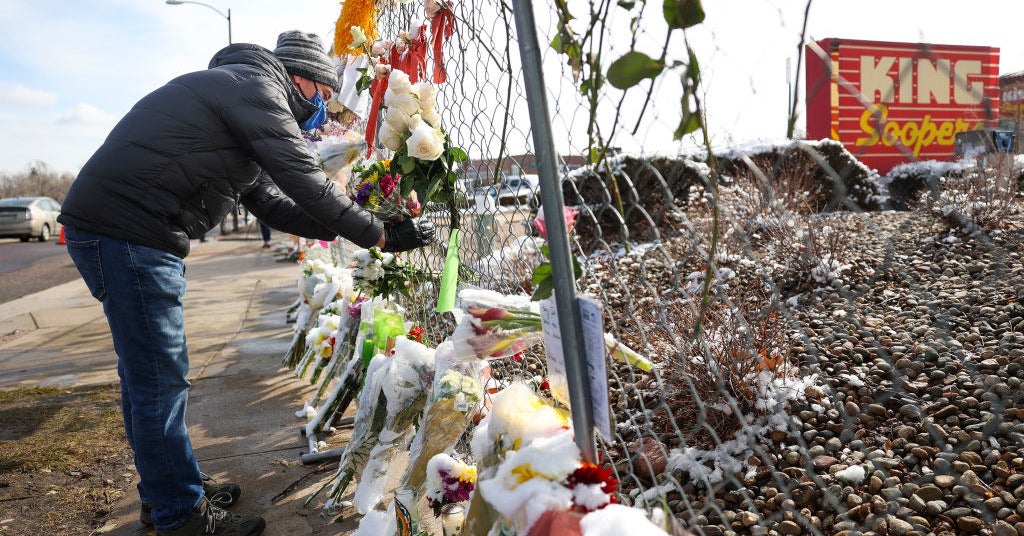 The suspect in the grocery store shooting in Boulder, Colorado, will be held without bail while they “fully assess [his] mental illness,” his lawyer said in his initial court appearance Thursday morning.

Ahmad Al Aliwi Alissa, 21, faces 10 counts of murder for the attack. Prosecutors said they expect to file additional charges against him in the coming weeks.

The suspect’s brother, Ali Aliwi Alissa, 34, told the Daily Beast that he believes his brother has a mental illness and he is “anti-social.” As a teenager, he exhibited symptoms of paranoia, thinking he was “being chased, someone is behind him, someone is looking for him,” the brother said.

“When he was having lunch with my sister in a restaurant, he said, ‘People are in the parking lot, they are looking for me.’ She went out, and there was no one. We didn’t know what was going on in his head,” he said.

In posts on Facebook, the suspect appeared to still be paranoid, telling friends in March 2019 he thought his school was trying to “hack” into his phone. He also regularly posted violent imagery and videos of fighting.

In 2017, Alissa was arrested for assaulting a classmate, punching him in the head several times, according to the Colorado Sun.

Despite the suspect’s apparent history of mental illness and arrest record, he was able to easily purchase a gun just six days before the mass shooting.

According to a police affidavit, Alissa bought a Ruger AR-556 pistol on March 16, and the unidentified wife of one of his brothers told police she saw him “playing with a gun she thought looked like a ‘machine gun'” just days before the attack.

The mass shooting — which came less than a week after eight people were killed at spas in Georgia — has once again heightened calls for gun control legislation to be enacted.

President Joe Biden has called on Congress to pass laws to ban assault weapons and expand background checks — measures unlikely to pass due to Republican opposition.

“It should not be a partisan issue,” Biden said in remarks in the Oval Office on Tuesday. “This is an American issue. It will save lives, American lives.”