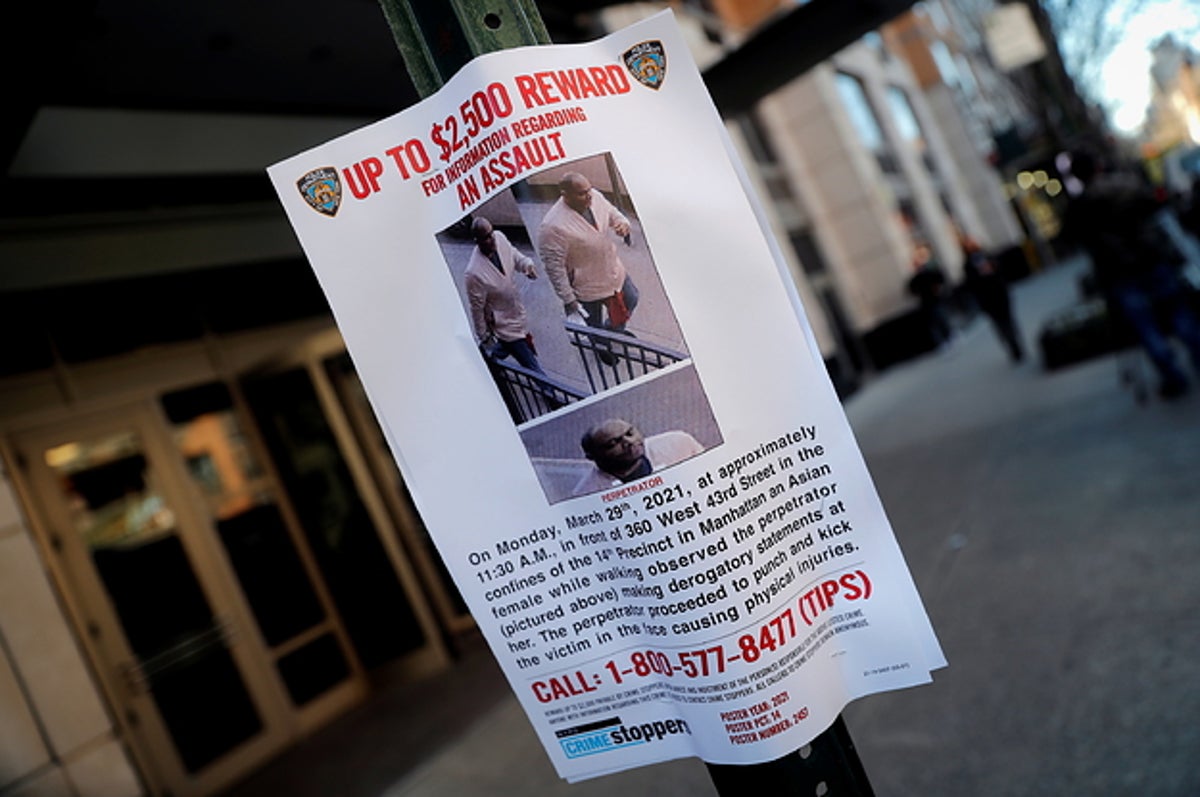 The suspect, who police identified as 38-year-old Brandon Elliot, was seen Monday on surveillance footage kicking the woman to the ground and stomping on her head. Police said he “made anti-Asian statements” during the assault.

According to the Associated Press, Elliot yelled “you don’t belong here” at the victim before walking away from her, still lying on the sidewalk.

The woman was seriously injured and transported to the hospital, but is now in stable condition, police said.

NYPD Commissioner Dermot Shea said Elliot is a parolee out on supervised release. When he was 19, he was reportedly convicted of stabbing his mother to death in the Bronx. He was released from prison in 2019 on lifetime parole.

The victim in Monday’s assault was identified as Vilma Kari, who immigrated from the Philippines decades ago, her daughter told the New York Times. Kari was reportedly walking to church at the time of the attack.

In a statement, Manhattan District Attorney Cy Vance Jr. said his office has worked on more than a dozen cases related to anti-Asian racism in the past year alone, and encouraged any other victims or witnesses of such crimes to report them.

“There is no place for these atrocious acts of violence in New York, particularly as the AAPI community is still grieving and in pain following the heinous attack by a gunman in Georgia earlier this month,” Vance said. “We stand with the AAPI community, and want you to know we are here to listen, and to help.”

In surveillance footage of the attack, security staff are seen failing to intervene and even closing the door as the victim lay injured just feet away.

The security staff seen in the video have been suspended, according to the Brodsky Organization, which manages the building outside of which the attack took place.

Anti-Asian racism has skyrocketed over the past year, egged on in part by the former president, who repeatedly pushed blame for COVID-19 onto China, calling the disease the “Chinese virus” and “kung flu.”

There have been at least 3,795 hate incidents against Asian Americans since the beginning of the pandemic, according to the organization Stop AAPI Hate.

Hours after the organization’s report was released, a man shot and killed eight people, six of whom were Asian women, at three spas in Georgia.