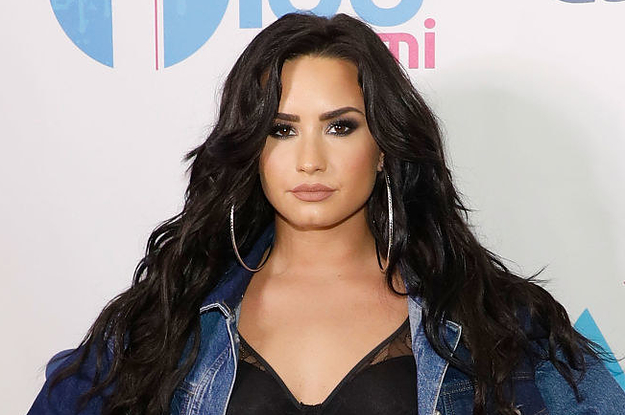 Demi Lovato’s new music video for “Dancing With the Devil” re-creates the night of her 2018 overdose.

There are a few hidden messages that you might have missed, so here’s a handy list in case you didn’t catch them all.

1. The green windbreaker that Lovato is seen wearing is a replica of the Opening Ceremony jacket she wore on the night before her overdose.

2. The disco ball at the beginning of the clip shows fans what Lovato was feeling when she overindulged on alcohol and drugs. The diffused effect of the light on the glass mirrors gives off the blurry feeling of using narcotics.

3. The living room was digitally built to resemble Lovato’s home in 2018. If you noticed, the “I Love Me” singer chose specific textures and color palettes that were similar to the interior design in her own house.

4. Lovato’s background actors are wearing outfits that match the type of clothing her friends wore the night before she overdosed. In fact, Dani Vitale’s white tank top is especially recognizable from archival footage in Lovato’s YouTube docu-series.

5. When Lovato joins her friends to take a shot in the house, she drinks behind her friends’ backs to symbolize what they didn’t know about her abuse of drugs and alcohol.

6. In the next scene, Lovato is shown in her hospital bed in her home bathroom, which shows how Lovato’s use of drugs in her bathroom spiraled into her eventually overdosing and needing treatment in the hospital.

7. Lovato and Ratner agreed for her to do a powerful performance in her hospital bed to portray the emotional tapes leaked by TMZ.

8. If you noticed, the hallway Lovato walks down as she calls her dealer was digitally created to go nowhere because it shows the only direction her drug use was guiding her.

9. When the singer overdosed, she suffered from three strokes, a heart attack, asphyxiation and pneumonia, so shots of a dialysis machine and medical instruments were put in the video to remind the audience of her multiple medical traumas.

10. Lovato once again references her 2021 documentary when she shows a dealer putting a large duffel bag in her lap. Lovato said she “went on a shopping spree” in 2018 after her dealer offered her a duffel bag full of drugs, and in the music video, the bag is black to symbolize the road it takes her on.

11. A visual effect in the music video makes it appear that Lovato is singing through glass — just as she admits in the song that “soon that little white line is a little glass pipe…”

12. The glass effect morphs into a black bubbly substance, which teases the next line, “tin foil remedy…” and may indicate the residue of heroin on tin foil.

13. Lovato portrays how she felt when she said her dealer left her “for dead” in the documentary by having an emotional breakdown when the dealer in the music video leaves her passed out.

14. The woman who enters Lovato’s bedroom during her overdose and turns her over is Jordan Jackson, who the singer and her team credit with saving her life. In Dancing With the Devil, Lovato reveals that doctors would not have expected her to survive had Jordan not arrived when she did and taken quick action to call an ambulance.

15. During the bridge of the song, Lovato is seen fighting off doctors — which she actually did on set!

16. In the scene in which Lovato is surrounded by family in the hospital, the dyed hair of the woman on the left matches the hairstyle and color that Lovato’s older sister Dallas had at the time of her hospital stay in 2018.

17. Lovato is comforted by a young woman who holds the musician’s face as she cries, and this woman is most likely Lovato’s younger sister Madison. In Dancing With the Devil, Lovato and Madison share how scary it was that Lovato was temporarily blind, and their feelings are portrayed on-screen when the two sisters look distraught.

18. The blanket at Lovato’s feet in the hospital is the Camp Rock blanket that the former Disney star’s mom, Dianna, grabbed on her way out the door when she first heard that her daughter was in the hospital.

19. Demi has described the sponge bath she received in the hospital as one of the most humbling experiences of her life, which is also portrayed in the music video.

20. The final shot of Lovato mirrors the first shot of the entertainer, which was a super close-up shot on her neck where her dialysis port was. But in the final shot, Lovato holds a sponge and wipes across her “Survivor” tattoo on her skin. This moment reminds the audience that Lovato is now stronger than ever after getting through her overdose and is now in more control of her life.