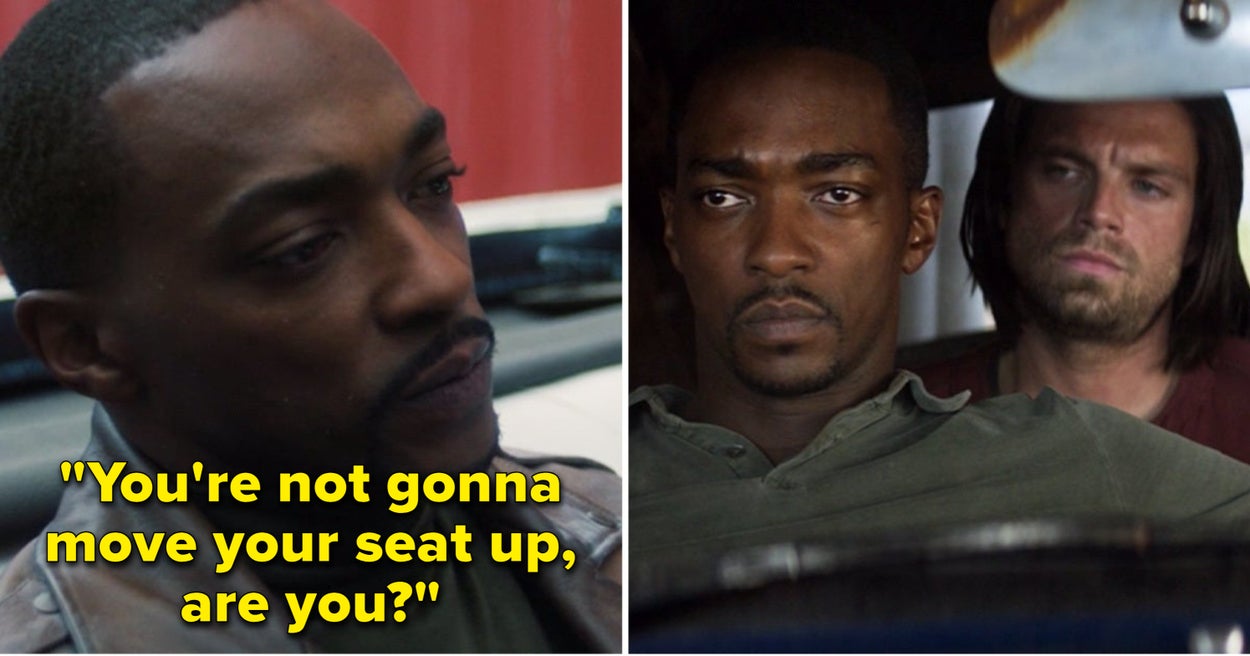 
🚨Warning: There are MASSIVE spoilers ahead for Episode 3 of The Falcon and the Winter Soldier on Disney+!🚨

First, I haven’t had time to mention this in previous details posts, but John Walker’s Captain America suit looks exactly like John Walker’s US Agent suit from the comics.

We finally get Helmut Zemo in this episode, and of course, his first words are from the red Hydra book he used in Captain America: Civil War to reactivate Bucky’s Winter Soldier programming.

In fact, Zemo’s first words in the show have been hinted at since Episode 1 because they appear in the closing credits.

While waiting for Zemo to escape prison, Bucky and Sam wait in a garage, which is a fun parallel to where Sam, Bucky, and Steve hid out after they rescued Bucky in Captain America: Civil War.

The exact book Zemo is reading in prison is titled Fortuna ist ein Reissender Fluss by Roger Masters. The full title of the book, in English, is Fortune is a River: Leonardo da Vinci and Niccolo Machiavelli’s Magnificent Dream to Change the Course of Florentine History.

Zemo mentions to Sam that he’s a Baron. In the comics, Zemo is often referred to as “Baron Helmut Zemo,” and his family was part of German nobility.

Zemo makes a comment about Sam knowing what it’s like to be locked in a cell, which is a nod to where Sam ended up in Captain America: Civil War along with the rest of Team Cap.

Sam mentions Steve’s list of pop culture references he wanted to learn in Captain America: The Winter Soldier when he tells Bucky about how he recommended the Trouble Man soundtrack to Steve.

When Zemo is talking about how we put people like Steve on a “pedestal,” he references what happened to Sokovia in Avengers: Age of Ultron.

The necklace Karli holds while praying over Donya Madani resembles the Flash Smashers’ logo — both feature a hand and the earth.

Sam, Bucky, and Zemo travel to Madripoor, which is a notable city from the X-Men comics. This is super cool and important because now that Disney owns 20th Century Fox, the MCU can start to widen its scope and this is the first major example of this.

In fact, Madripoor has been hinted at since Episode 1 because the city’s name briefly appears in the closing credits.

While in Madripoor, Sam pretends to be Conrad Mack, aka the Smiling Tiger, who is a character from the comic books. Notably, at one point in the comics, he steals the Avengers Quinjet and crashes it in Madripoor.

In Lowtown, they pass a place called “Princess Bar,” which is also featured in the comics. Just like in the show, Princess Bar is located in Madripoor, but one thing to note is that it’s known for being frequented by Patch, aka Wolverine.

The bar Sam, Bucky, and Zemo end up in is called “Brass Monkey,” which is the name of a bar located in Madripoor from the Captain America comic books.

The “Power Broker is watching” graffiti that Bucky spots before entering the bar has actually been seen since Episode 1 in the closing credits.

Sam, Bucky, and Zemo meet with Selby, and there is actually a mutant named Selby in the X-Men comics, who was a member of the Mutant Liberation Front.

When the camera pans the crowd at Sharon’s art gallery party, you can see more famous art work, like Van Gogh’s self-portrait from 1889.

You can spot Madripoor’s flag on the side of the shipping containers, and the design matches the look from the comic books.

Sharon tracks Dr. Nagel to container #4261, and you know I love my Marvel numbers, so in the comics there is actually Earth-4261, which is a version of Earth where the Avengers ultimately died while trying to save the world from aliens.

Dr. Wilfred Nagel is another character name taken from the comic books. Basically what you need to know is that in the comics, Nagel was a scientist who worked on Project Rebirth, aka the project that tried to create more super soldiers during WWII.

Also in the comics, Nagel’s work on Project Rebirth led to Isaiah Bradley becoming a super soldier. Of course, we met the MCU’s version of Isaiah in Episode 2 and Nagel even mentions using his blood to create this new version of the super soldier serum.

After years of waiting, Zemo finally puts on his iconic purple mask from the comic books, and honestly, I got chills.

Sam asks Bucky if he’s going to move his seat up, which is a hilarious callback to the iconic car moment between Sam and Bucky in Captain America: Civil War.

The pieces of tech Bucky follows are Kimoyo beads, which are made of vibranium and were first introduced in Black Panther.

And finally, this is a pretty obvious detail, but I just have to scream about Ayo showing up at the very end of this episode. In case you need a refresher, Ayo is a member of the Dora Milaje, and she previously appeared in Civil War, Black Panther, and Infinity War.

Absolutely obsessed with The Falcon and the Winter Soldier? Check out all of our coverage here.