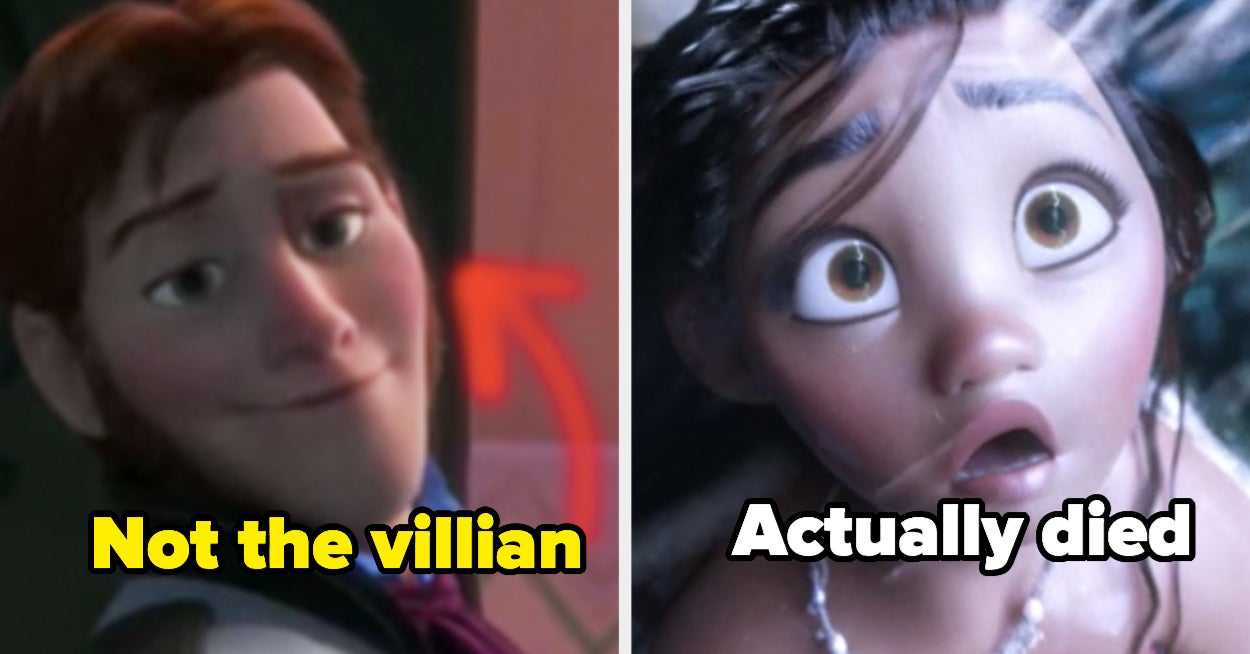 We recently shared a Reddit thread started by u/AwkwardJewler that was filled with interesting fan theories people had from their favorite movies and TV shows.

Since that post got people talking in the comments, we decided to share some more. So, here are some Disney-specific fan theories for all the Disney fans out there:

One, or both, of Lilo and Nani’s parents were in the CIA.

Nemo actually died in Finding Nemo, and the movie is Marlin’s journey with grief.

Hei Hei from Moana is actually a demigod.

Mother Gothel from Tangled is actually The Evil Queen from Snow White and the Seven Dwarfs.

Anna and Elsa from Frozen and Tarzan from Tarzan are actually siblings.

All of the Pixar movies are connected.

Bing Bong from Inside Out is actually a monster from Monster’s, Inc. and not Riley’s imaginary friend.

Carl from Up was dead the entire time.

Ariel and Hercules are actually cousins.

In Ratatouille, the old lady at the beginning of the movie is the food critic’s mother.

Hans is not the real villain of Frozen…the rock trolls are.

Moana dies in the thunderstorm at the beginning of the movie.

Finally, in Wall-E, the people resorted to cannibalism while on the spaceship.