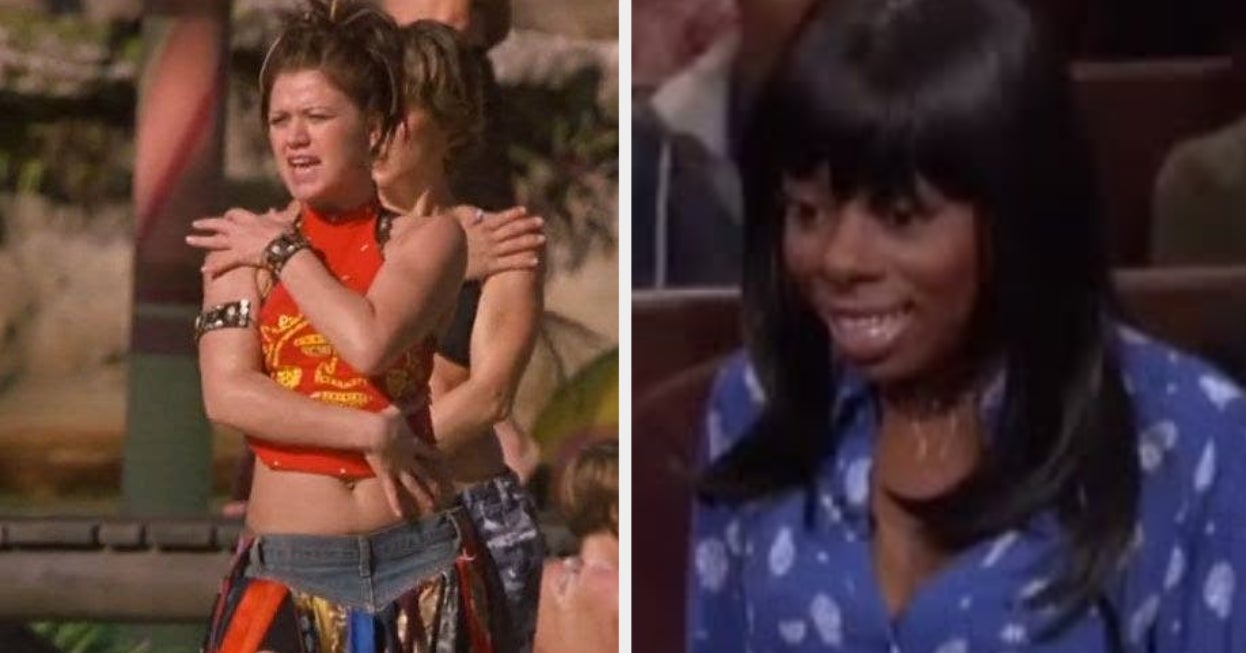 As the quintessential 2000s girl™, I have come to terms with the fact that some of the cool-as-heck moments from my youth are, in fact, cringe-as-heck. I know we’ve already talked about some, but here are a few more that I cannot get out of my brain:

In Bring It On: All Or Nothing when Brittany (Hayden Panettiere) thought her already bad krumping would be improved by dancing on Jesse (Gus Carr) in an impromptu dance-off:

In The Cheetah Girls, when Toto joined the CGs (Raven-Symoné, Adrienne Bailon, Kiely Williams, and Sabrina Bryan) on stage for their talent show audition:

Also in The Cheetah Girls, when Toto fell down the manhole and was rescued by the power of song:

In Hellcats, when Marti (Aly Michalka) backed it up on Lewis (Robbie Jons) during the first day of cheer practice:

In Picture This, when Mandy (Ashley Tisdale) and Drew (Robbie Amell) slow-danced in the middle of a rambunctious teen party:

In From Justin to Kelly, when Kelly (Kelly Clarkson) and Kayla (Anika Noni Rose) thought these were fire ‘fits to pack on their spring break vacay:

In The Lizzie McGuire Movie, when Paolo (Yani Gellman) paid this compliment to Lizzie (Hilary Duff) while they were watching the fireworks:

In New York Minute, when Roxy (Mary-Kate Olsen) and Jane (Ashley Olsen) got “sistah-fied” in the urban salon:

In Confessions of a Teenage Drama Queen, when Stu Wolf (Adam Garcia) came to Darla’s (Megan Fox) high school party to give Lola (Lindsay Lohan) her necklace back:

Also in Confessions of a Teenage Drama Queen, when Stu Wolf slow-danced with Lola at aforementioned high school party:

In Sydney White, when Tyler (Matt Long) kissed Sydney (Amanda Bynes) to wake her up in time for the student body president debate:

In The Clique, when Massie (Elizabeth McLaughlin) thought this was an appropriate outfit to woo her crush with at her parents’ charity auction:

In Another Cinderella Story when Mary (Selena Gomez) thought these dance moves were worthy of winning her the dance contest with Joey (Drew Seeley):

In Zoey 101, when Lola was allowed to do this with her hair:

In What A Girl Wants, when Daphne accidentally walked onto the runway at the Royal Dress Show, and instead of calmly exiting the catwalk, she decided to strut down the runway before falling into the lap of one of her dad’s colleagues:

In Make It Or Break It, when Payson (Ayla Kell) and Emily (Chelsea Hobbs) ward off the unwanted attention from the Denver delinquents with their sick gymnastics skills:

Last, but not least, in Radio Rebel when Tara (Debby Ryan) made this look of seduction at Gavin (Adam DiMarco):