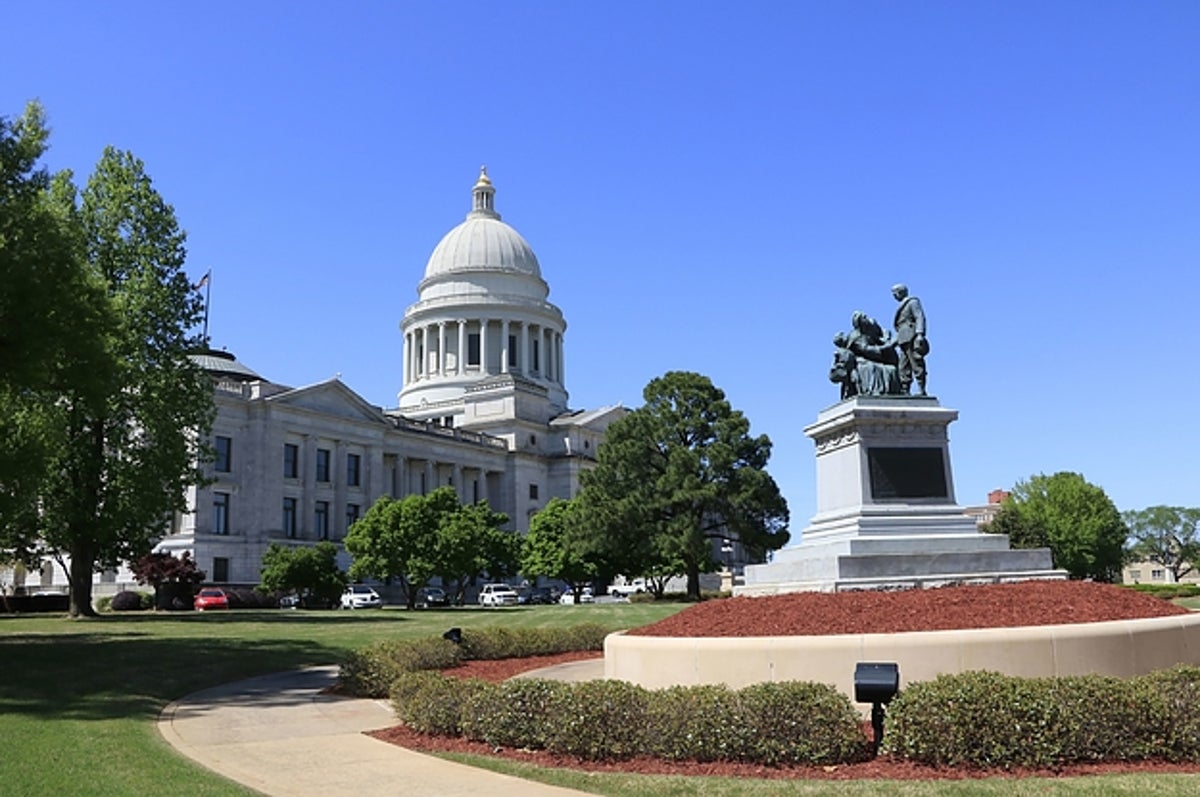 
Arkansas lawmakers overrode the governor’s veto on a bill banning gender-affirming medical treatment for trans youth on Tuesday, making the state the first to prohibit physicians from providing what they and activists have described as life-saving healthcare.

The law, called the Save Adolescents From Experimentation Act, or SAFE Act, bars healthcare professionals from providing gender-affirming care — including surgery, puberty blockers, and hormone therapy — to anyone under 18. Physicians are also banned from referring minors to other professionals for such care.

Providers who violate the act’s provisions could be subject to discipline by licensing entities under the law. The state attorney general is also permitted to take action to enforce compliance.

The American Civil Liberties Union has already vowed to challenge the law in court.

“Today Arkansas legislators disregarded widespread, overwhelming, and bipartisan opposition to this bill and continued their discriminatory crusade against trans youth,” ACLU of Arkansas executive director Holly Dickson said in a statement. “Attempting to block trans youth from the care they need simply because of who they are is not only wrong, it’s also illegal.”

Arkansas state Rep. Robin Lundstrum, the lead sponsor of the measure, has likened the SAFE Act to other laws intended to protect youth, like requiring child car seats and prohibiting minors from smoking and getting tattoos, according to the Arkansas Democrat-Gazette. In its text, the act argues that “the risks of gender transition procedures far outweigh any benefit,” but actually, research has shown such care can have a positive effect on individuals’ mental health and reduce suicidal thoughts.

“It is not extreme or sensational to say that this group of young people, who already experience disproportionate rates of violence and suicide attempts, would be put at significantly increased risk of self-harm because of legislation like HB 1570 pushing them farther to the margins of society,” Sam Brinton, vice president of advocacy and government affairs for the Trevor Project, said in a statement.

On Monday, Gov. Asa Hutchinson, a Republican, vetoed the bill, describing the legislation as “a vast government overreach.” Hutchinson said that the law, if adopted, would create “new standards of legislative interference with physicians and parents as they deal with some of the most complex and sensitive matters involving young people.”

Lawmakers in both chambers needed only a simple majority to override the veto. It passed largely along party lines, the Democrat-Gazette reported.

While his veto was celebrated by human rights activists, Hutchinson is one of several governors who have signed into law bans on transgender student-athletes playing girls’ and women’s sports. The measures are part of a growing trend in Republican-led states to target trans people. According to the Human Rights Campaign, state lawmakers have introduced more than 80 anti-trans bills during the 2021 legislative session.

“Arkansas has put itself in the lead of a race to the bottom fueled by fear & disinformation,” Human Rights Campaign president Alphonso David said on Twitter Tuesday. “But this fight is not over. We will utilize every available tool to fight for the rights & futures of trans and non-binary youth and their families.”